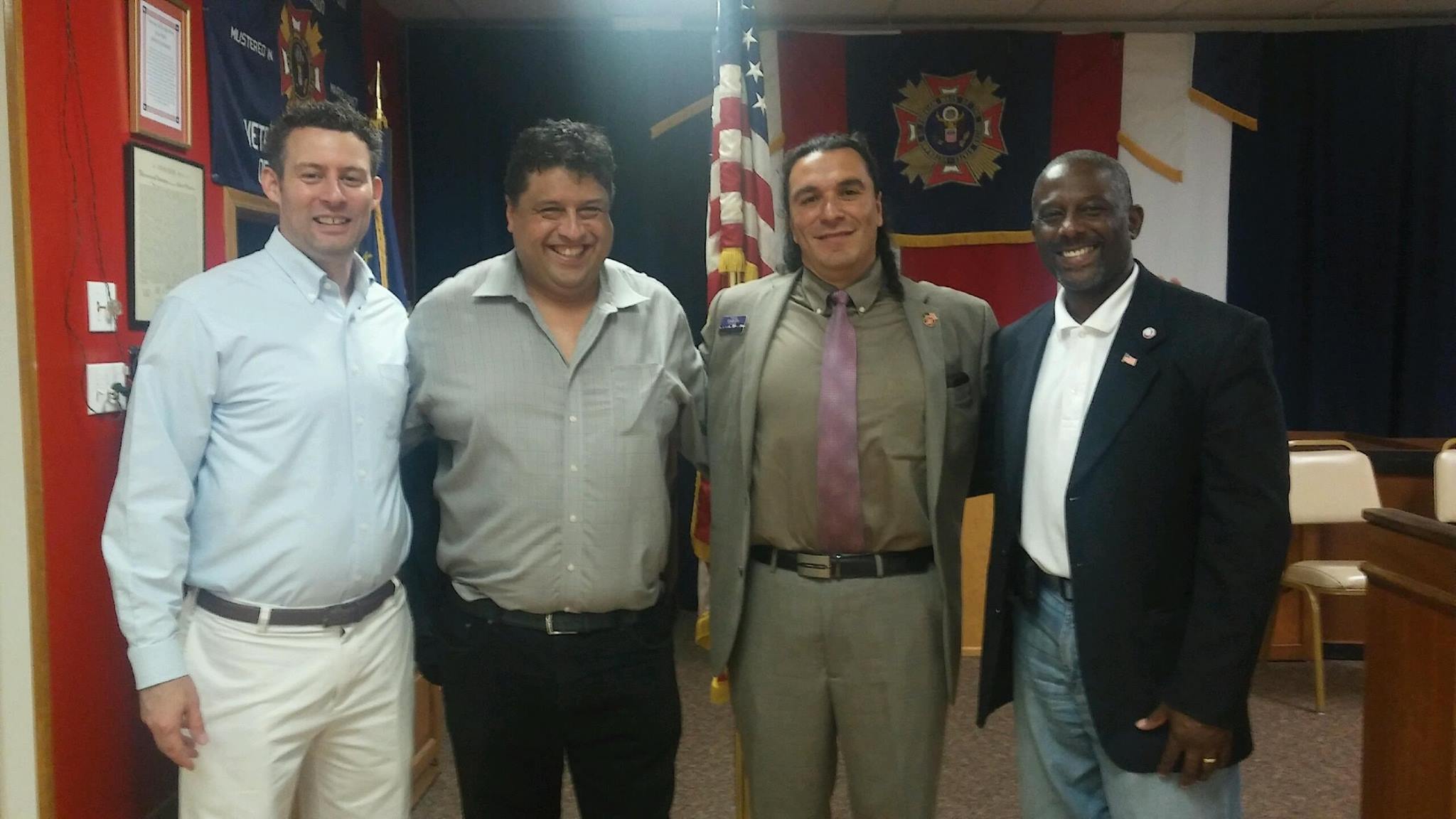 According to two-time State House candidate Raymond Garcia, who once admitted everything he posts on Facebook is “pretty much a joke”, he “doesn’t follow along with unsubstantiated stories”.

Let’s put that claim to the test. Consider the following example: 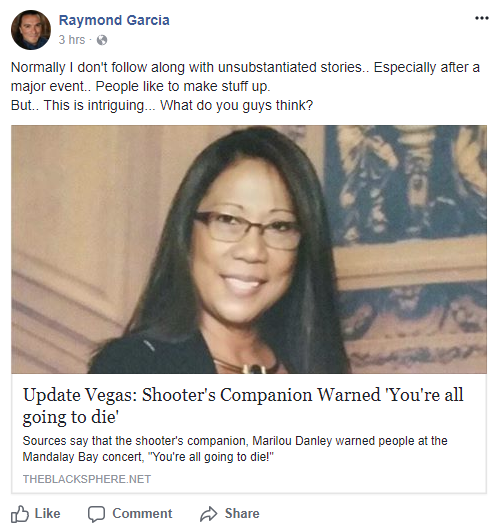 This story turned out to be 100% false. She wasn’t even in the country when the shooting took place. Is he aware of how self-refuting it is to make the claim that he doesn’t pay attention stories that haven’t been verified and follow it by doing exactly that?

Just hours before posting that false story, Garcia speculated about motive on the part of the shooter: 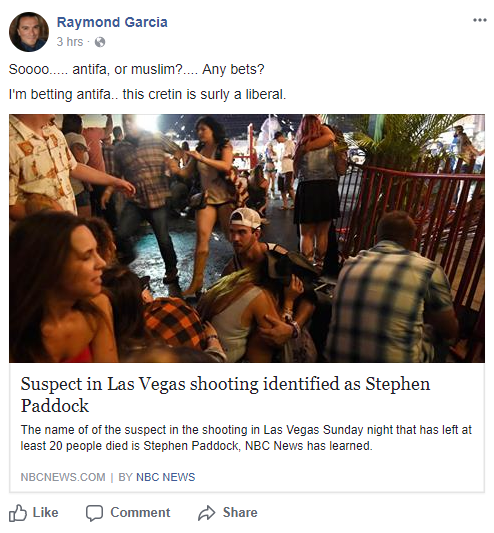 And just after that, he was absolutely sure there was more than one gunman, which is false: 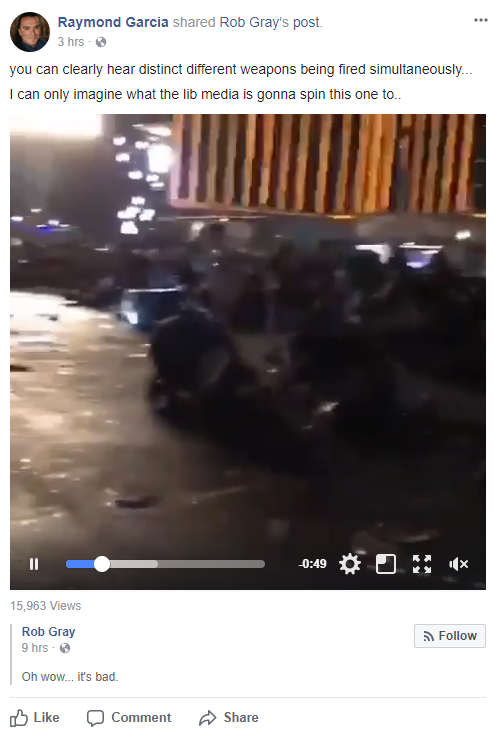 Rather than worrying about how the “lib media is gonna spin” things, Mr. Garcia should take a look in the mirror.

Anyone who reads this space regularly is familiar with Garcia, who has been totally embraced by the Colorado GOP. They know he’s a racist who referred to Michelle Obama as a monkey and claimed African men sleep with monkeys. He habitually posts conspiracy theories that are easily refuted, such as the time he claimed a topless woman in a photo was Hillary Clinton. Or the time he claimed Elena Kagan was put on SCOTUS as a favor from Obama because she helped get birth-certificate cases before the court dismissed. Or the time he offered “proof” that Hillary Clinton had Vince Foster killed. I could go on, but you get the point.

It all begs the question: what level of idiocy, ignorance, or malevolence must a conservative candidate sink to before his party will disown him? The silence from party leadership on Raymond Garcia is an indictment of the entire party apparatus and is a signal to other bad actors within the party that they can lie, express racism, pass on fake news, or do whatever they want, and Colorado GOP chairman Jeff Hays and company will have their backs.