Below is a list of 2022 U.S. Senate candidates from Colorado followed by their opinions on election fraud conspiracies surrounding the 2020 presidential election. These conspiracy theories have been roundly debunked by independent fact-checkers, courts, and election security experts.

Other than incumbent U.S. Sen. Michael Bennet (D-CO), all names listed are Republicans.

Bennet is looking to defend his Senate seat in 2022. No Democrats have announced their candidacy to challenge Bennet.

“From the Roman Republic until now, there have been obvious reasons why baseless concerns and disproven allegations are not and should never be enough to challenge the results of an election — not for president and not for dog catcher,” Bennet wrote. “Such a low standard would mean no election would ever be decided, and no peaceful transfer of power would ever prevail. Only tyrannical force would obtain.”

Bennet has also defended the results of Colorado’s election results, explaining that no fraud happened within the state due to Colorado’s “gold-standard” secure election system.

Bremer, the former chair of the El Paso County GOP, said that while he was skeptical of the results in Colorado on election night he listened to election experts across the state and eventually accepted the Colorado results.

However, Bremer still has questions over the validity of the 2020 presidential election.

“In looking at the data nationally, I think it’s very clear that this was a very abnormal election,” Bremer said. “Looking at the election results there were a lot of anomalies, and that’s just a mathematical fact.”

Bremer pointed to the outsized role he believes Big Tech holds both during elections and in general as an area of concern. Bremer explained that while he is not an expert on the election processes in other states the act of questioning election results should be encouraged in a functioning democracy.

“Joe Biden is the president. I want to be really clear on that,” Bremer said, reflecting a view held by other Colorado Republicans of accepting Biden as president while simultaneously questioning that Biden won legitimately. “With that said, I think our country should always be marching toward greater transparency and frankly, greater trust in the system.”

After traveling to Washington D.C. to protest the 2020 presidential election results, Hanks crossed police barriers during the Jan. 6, 2021, U.S. Capitol insurrection while simultaneously claiming that the riot was a ‘false-flag’ operation by Antifa groups to make Trump look bad.

Yesterday, the one-year anniversary of the Capitol riot, Hanks released a letter doubling down on his baseless claims of election fraud.

“Evidence of fraud – beyond what the entire world saw on election night in 2020 – has compounded. Court cases have been filed,” Hanks said. “Republicans and Democrats have evaluated the facts, and reputable pollsters report a majority of Americans believe there was serious fraud in 2020. That majority will be a super-majority by the summer of 2022.”

RELATED: COLORADO REPUBLICANS WHO BELIEVE THE 2020 ELECTION WAS STOLEN — AND SOME WHO DON’T 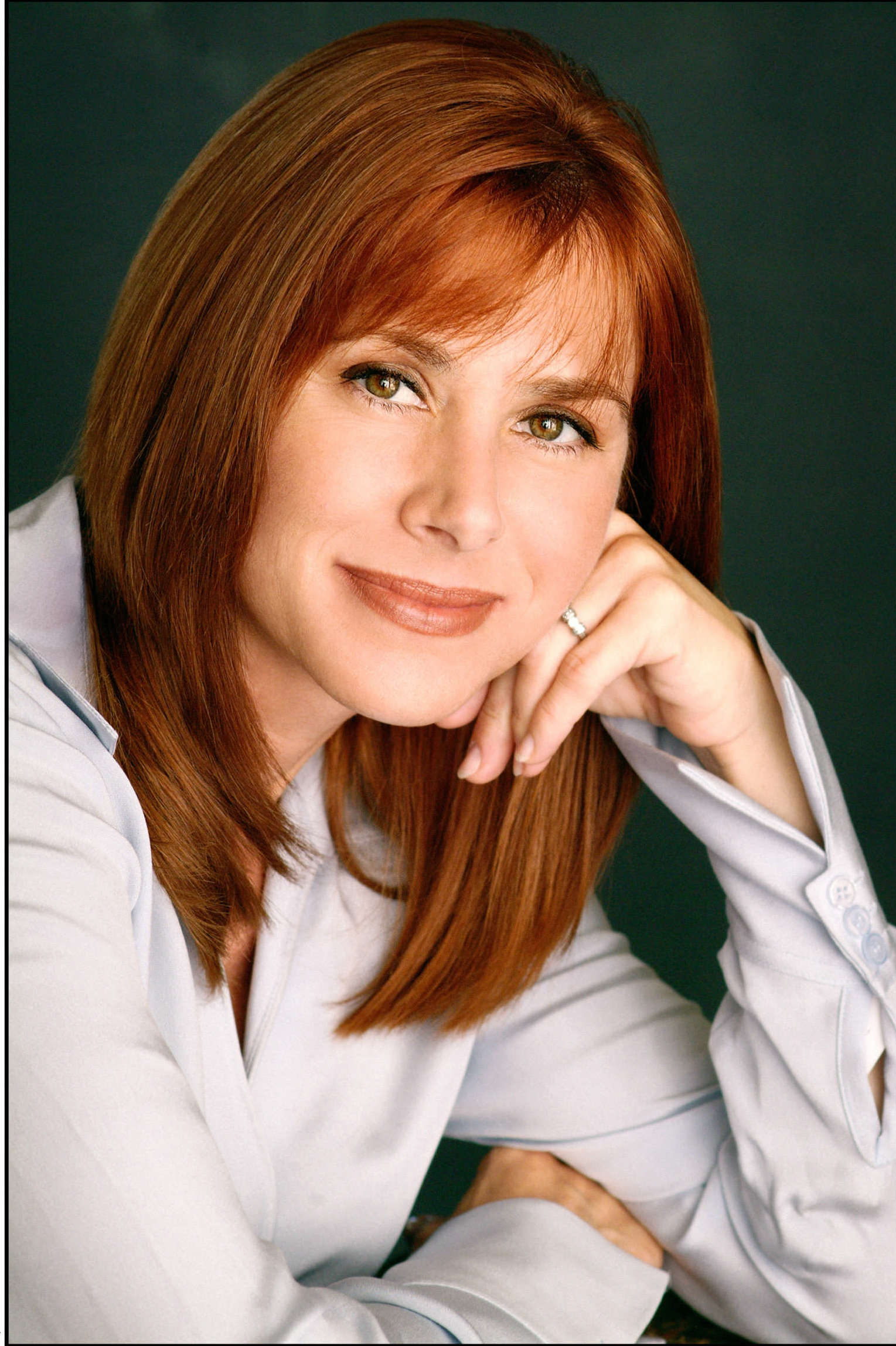 In October, former right-wing radio host Deborah Flora went on 710 KNUS to speak with host George Brauchler about her campaign. During the interview Brauchler directly asked Flora if the 2020 presidential election was stolen and she did not give a direct answer.

“You know, what I find interesting, George, is [the mainstream media] wants to focus on the past,” Flora told Brauchler. “That’s all they want to talk about because they don’t want to talk about what’s happening right now. I’ll say this when over 30% of Democrats are concerned about election integrity, we understand that it’s the state’s right to make sure that that confidence is high, to make sure there is transparency, and I support every single state’s right to do that.”

After Brauchler asked her again about the election, pushing her to give a specific answer to the fairness of the 2020 election, Flora continued.

“I would simply say, you know, George, you and I were sitting in that chair during [the election], what we all learned is that it is a state issue and I support what Arizona is doing,” Flora said. “I support what other states are doing. And I think that’s where that should be examined and we should have full confidence and we should have full transparency, which I think every state can improve on.”

During the interview, Flora mentioned that she did support the fatally flawed Arizona audit, which earlier this week was debunked after election officials found the company who conducted the audit made faulty conclusions and is now shutting down.

A former Fort Collins city council member, Campana has repeatedly raised questions over the legitimacy of the 2020 election results, both in Colorado and at the federal level.

In an October interview with KNUS host Peter Boyles, Campana said that there were issues with the 2020 election results and that those issues needed to be resolved.

“There are tons of undisputed issues that transpired in the last election, and we need to deal with those issues,” Campana said. “We’re Americans. The American dream is built on democracy. If we don’t have a trust in our election system, we no longer have democracy. We no longer have the American dream. We have to rebuild that trust in America. It’s the confidence in our election system is the lowest it’s ever been. We have to address that.”

Both in this interview and in a follow-up appearance with Boyles in November, Campana refused to back down from his stance that there were issues with the 2020 election either in Colorado or nationally.

In other public speaking appearances, Campana has dodged questions concerning election fraud conspiracy theories, speaking only generally about the need for increased trust in elections.

In a statement provided to the Colorado Times Recorder, Yu explained that while he does “acknowledge,” the results of the 2020 election, he still sees plenty of issues in regards to election integrity.

“Yes, I fully acknowledge the election results of the 2020 elections,” Yu said. “That being said, I do take issue with states across the country changing voting rules without the consent of their state legislators. It was overnight changes that caused people to question the accuracy and legitimacy of our elections, especially in states like Georgia, Pennsylvania, and Wisconsin. And that all aside, we also deviated from voting norms due to the COVID-19 pandemic.”

Yu also explained that he wanted to see rules for requiring identification in order to vote in elections.

“I truly believe that the number one thing we could do to ensure that the American voters have faith and complete confidence in our elections is to have mandatory photo ID laws,” Yu said. “Having a government-issued identification is a necessary requirement for any person to be able to function in life. Here is just one example of how important a government ID Card is, especially during this pandemic: for any person to get tested for or vaccinated for COVID-19 they must provide a photo ID. So, the argument for “requiring a photo ID” is somehow voter suppression, fails in its own contradiction.”

After the conclusion of the first Republican Senate candidate forum of 2022, Moore told the Colorado Times Recorder that he did not see any evidence of election fraud in Colorado, but viewed other states’ election systems as more “loosey-goosey.”

“I don’t have a sense that there were any systemic problems here in Colorado,” Moore said. “We run a tight ship here. But that’s not the case in other states where it’s a little more loosey-goosey, and those are the ones in the news.”

Moore also expressed a belief that Republicans continuing to push baseless conspiracy theories about the 2020 election could hurt the party moving forward.

“I am a believer that the 2020 election results were legitimate,” Moore said. “I am sure there were shenanigans — there are every year — but I’m a political scientist. I don’t see any evidence that there was a systemic conspiracy to throw the election. Even if there was it was not successful. As Republicans, we just need to move on. It’s like if you lose the Super Bowl, you just go shake your hands and move on. I think it’s going to hurt us if we keep playing that card.”

Henry, an Army veteran, is an election fraud conspiracy theorist.

On her podcast, The Big Plan with Juli Henry, she recently pushed the idea that the Jan. 6, 2021, Capitol attack was actually conducted by members of Antifa and Black Lives Matter, another baseless claim debunked by fact-checkers.

In a November Facebook post, Henry said the election results in Colorado and nationally needed to be decertified.

“We need to stand up and fight for voter integrity,” Henry said. “We need to get rid of the Dominion voting machines and we need to decertify the 2020 election. Not only here in Colorado, but in all 50 states.”

Note: Peter Yu and Joe O’Dea are also running for U.S. Senate in Colorado but have not made any public statements about election fraud conspiracy theories. The Colorado Times Recorder has reached out to both to see if they would like to release a statement on the election results. This post will be updated with a response if one is provided.