Colo Republicans Joining Social Platform Parler, a “Safe Haven” For Those Too Extreme for Twitter 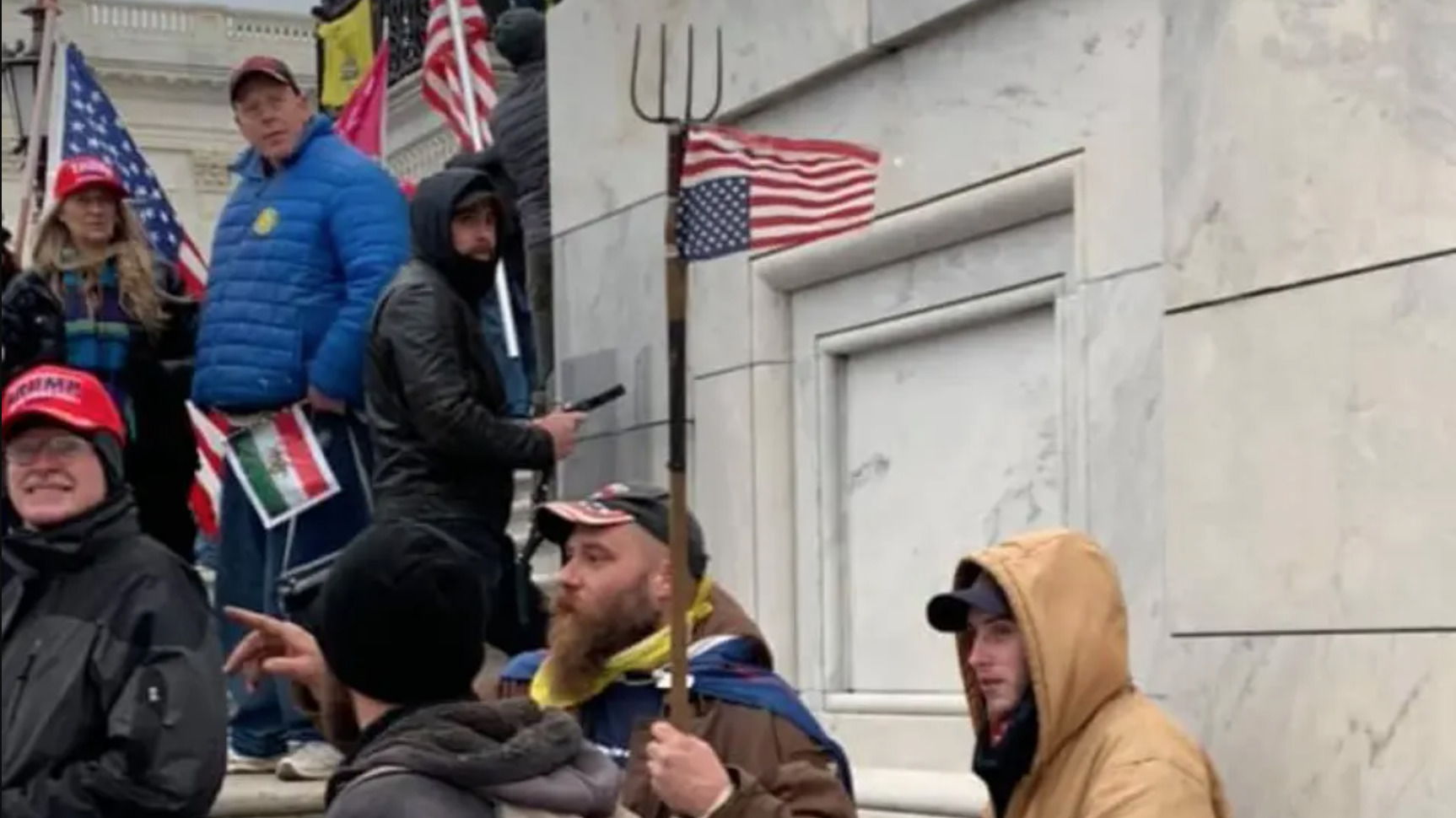 A year after the nation survived its first-ever insurrection, federal law enforcement has so far arrested twelve Coloradans for their participation. While prosecutors are focusing on bringing charges against the most serious offenders, such as those suspects who assaulted police, vandalized federal property, and entered the House itself, it’s worth keeping in mind that the sheer size of the march overwhelmed the Capitol Police who simply didn’t have the numbers to prevent the crowd from surrounding the building. Those protestors who walked past police barriers, but stopped short of entering the Capitol may not have committed as serious crimes as those who broke in, but their presence allowed more aggressive marchers to act with impunity.

You can read about the various charges faced by the 12 Coloradans arrested, but many other residents of our state also took part the day’s tragic events. Several of them are Colorado Republican officials or leaders of conservative groups that have worked closely with the state GOP. Here’s a list, in order of notoriety.

Congresswoman Lauren Boebert (R-CO) is best known for her inflammatory tweets that morning, including her early morning invocation of armed revolt, “Today is 1776,” and another noting that House Speaker Nancy Pelosi was no longer in the House chamber, which was posted during the assault on the Capitol.

She holds a unique position on this list as she was inside the Capitol with her colleagues during the armed attack.

However, CSPAN video prior to the speech shows she also attended at least part of the morning rally at which then-President Trump urged thousands of angry supporters to “fight like hell” or else they “wouldn’t have a country anymore.”

Rolling Stone reported that unnamed insurrection organizers say they were in touch with her office in the days prior to Jan. 6, a claim Boebert denies. The House Select Committee on Jan. 6 has requested her phone and text records and at least one major carrier, AT&T, has said it will comply with the request.

State Rep. Ron Hanks (R-Penrose), who is running for U.S. Senate, participated in the White House rally and was among the early marchers to walk past police barricades and approach the Capitol. He described his actions in a radio interview with the chair of the Fremont County GOP:

“By the time we walked from the elipse at the White House down to the Capitol building, there were already people climbing on the scaffolding,” said Hanks. “We went right down the road, we got there ahead of 80-90% of the crowd. There’s a solid case to be made that we had people intrude on that [the rally] and that it was a bit of a false flag operation- well let’s not say ‘a bit of’ let’s say false flag.

“When we walked from the west side of the Capitol, which facing the Lincoln Memorial back around to the east side, which would be facing the Supreme Court. There were some barriers that had been pulled open. And now we’re walking between the Capitol building and the police force, which is in the parking lot. And this doesn’t feel right to me as a guy who knows a little bit about physical security. And so I kept looking at him. I kept giving him the eye, expecting them to either divert us around or- they never did. They looked straight at us and let us walk.”

Arapahoe County GOP officer Schumé Navarro also attended the march on the Capitol. In a now-deleted video from her “Don’t Tread on Mae” Facebook account (Navarro uses that name on numerous social media platforms.), Navarro appears to be within 20-30 feet of the Capitol, filming from within a packed crowd of protestors.

The text of the post reads, “Please note the MASS amount of people who are rejecting ‘certain’ protestors’ actions. The crowd pointing out #antifa and rejection their actions will never be reported in the mainstream news.”

A voice, presumably hers, shouts “Antifa! Antifa!” at a man in a red hat who is attempting to break a window, before saying “people need to know it’s not us!” before cheering as the man is dragged away from the window by another protester.

Wayne and Dede Laugesen both attended the rally and joined the crowd at the Capitol. Wayne is the conservative Editorial Page Editor of the three Colorado newspapers owned by billionaire Phil Anschutz, the Colorado Springs Gazette, Denver Gazette, and Colorado Politics. He posted on Facebook that the Trump mob was “probably Antifa,” without supporting evidence.

His wife Dede is a former Trump campaign staffer and communications consultant who helped organize and spoke at a previous post-election “Stop the Steal” rally in Washington on Dec. 12, 2020, at which she promoted election fraud conspiracies.

On Jan. 6, Dede posted photos of the rally outside the U.S. Capitol along with a statement: “Amazing day in D.C. While I don’t condone violence and always support the Blue, it was good to be with fellow Americans who want to be heard and want free & fair elections. ‘We the People’ ask for an audit of the questionable ballots. If there’s no fraud, then, no problem.”

One of Dede Laugesen’s photos showed a man holding a pitchfork decorated with a small upside-down American flag standing on the steps of the Capitol.

She did not respond to whether she believed he was a member of Antifa. She has since either deleted the photos or made the album private.

Facebook commenters criticized Dede Laugesen for the “amazing-day” comment and for apparently crossing barriers set up around the Capitol to get closer to the building.

“She went through no barriers and broke no laws,” Wayne Laugesen stated on Facebook. “You don’t know what you’re talking about.”

However, photo analysis by the CapitolHunters Twitter account places Dede’s location when she took the pitchfork picture as well within the grounds cordoned off by Capitol Police.

John Eastman, author of the “coup memo” and former Visiting Professor of Conservative Thought conservative Benson Center for the Study of Western Civilization, at the University of Colorado Boulder, spoke at Trump’s rally and later told an aide via email that Vice President Mike Pence’s refusal to block certification of the election caused the “siege” at the Capitol.

Joe Oltmann, founder of FEC United, a far-right conspiracist group with its own militia division, was photographed in Trump’s Jan 6 “war room” at the Willard InterContinental Hotel in Washington, D.C.

He spoke at a “Stop the Steal” conspiracy rally on the evening of Jan 5,and says he spent the morning of Jan. 6 in meetings with the Trump administration at the State Department.

Ashe Epp, co-founder of the U.S. Election Integrity Plan (USEIP), which has worked closely with Colorado Republicans, was among the 40 or so USEIP members who traveled to Washington, D.C. on Jan 6.

“I was on the back side of the Capitol, where people were breaking in through windows,” Epp told the Colorado Times Recorder in March 2021. “News reports said people climbed up scaffolding but it wasn’t scaffolding- they were bleachers. We just walked up a staircase.”