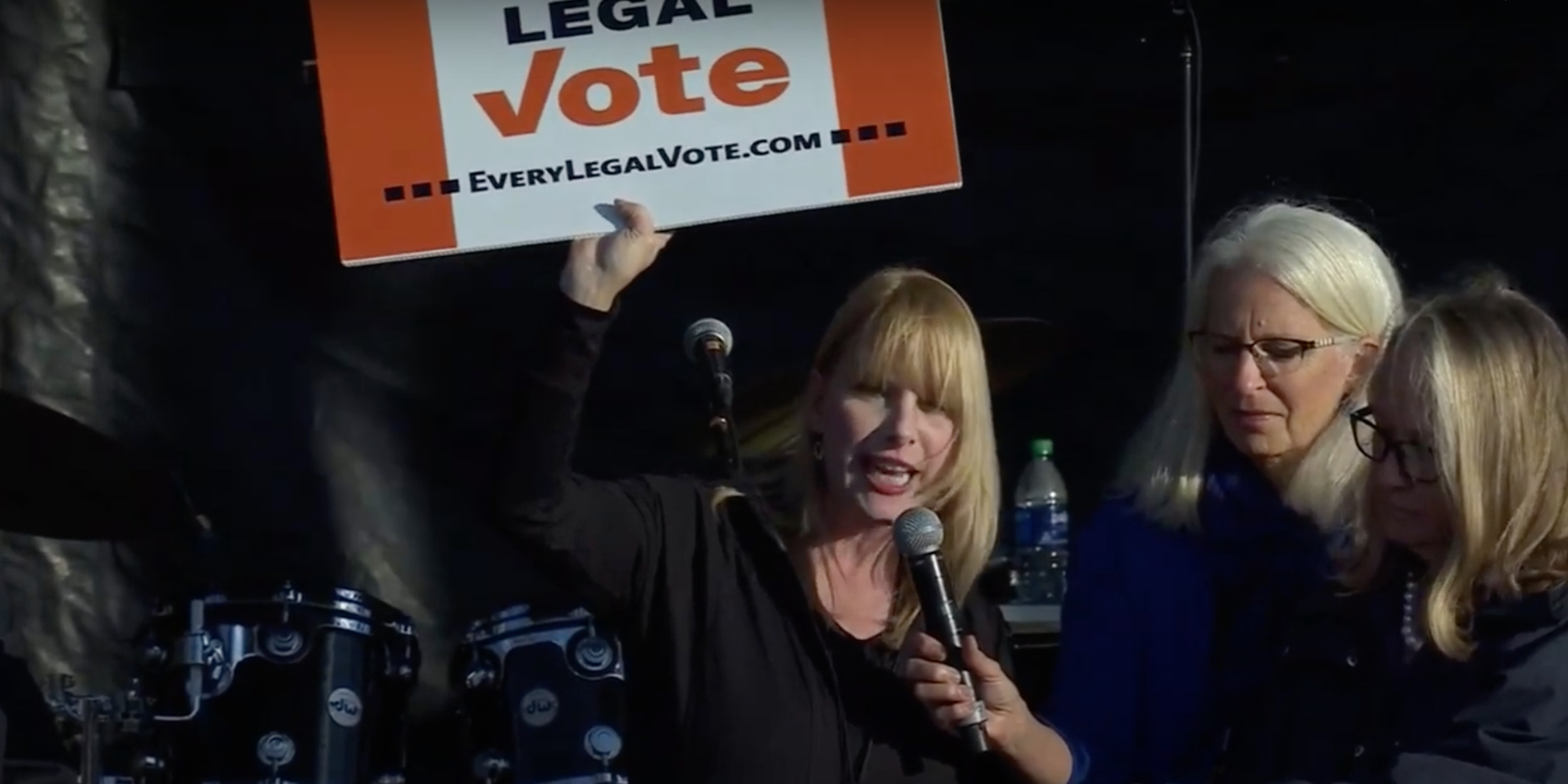 Unwilling to accept that their fellow voters chose Joe Biden over President Trump, hundreds of conservative evangelicals gathered in Washington, D.C. on Dec. 12 to insist without proof that voter fraud turned the election.

The Jericho March featured speakers promoting conspiracy theories about election fraud and framing the refusal to accept the results as a holy war. Former National Security Advisor and convicted felon Michael Flynn, who has since asserted that Trump could impose martial law to remain in power, headlined the event.

Among the numerous other speakers was El Paso County resident Dede Laugesen, a 2016 Trump campaign staffer and communications consultant who called on Congress to drop everything and “resolve the vote.” She doesn’t want any 2020 candidates to be considered to have won their elections.

“We urge Members of Congress, state representatives, our DOJ, FBI and Supreme Court to set aside all else to resolve the 2020 vote,” Laugesen demanded. “Leadership in DC must speak as one voice and insist that there will be no declared winners until voters are convinced that the election was honest and fair and that the final count is accurate. If our elected officials fail now or kick this can down the road, we will never again see a fair and honest election!”

Laugesen was promoting a website called “Every Legal Vote,” the URL for which was registered two days after the election.

The New York Times reported on the site’s unsubstantiated claims and dubious sources, describing it as “an attempt to delegitimize the election under a veneer of empiricism by drawing on murky and debunked theories.”

The site prominently features the debunked conspiracy theory that Denver-based company Dominion Voting Systems, which sells the machines that tabulate votes for the majority of Colorado counties and U.S. states, fraudulently switched Trump votes to Biden.

Laugesen’s husband Wayne is the editorial page editor of the Colorado Springs Gazette, which raised the possibility of election fraud in an editorial that cited “allegations in multiple lawsuits,” lawsuits which have since been almost universally dismissed or rejected.

Two of the three sponsors are linked to hate groups.

Kevin Freeman, who runs The Economic WarRoom, is also a fellow at Frank Gaffney’s Islamophobic hate group, the Center for Security Policy.

Notorious far-right activist Dr. Steven Hotze, who founded the anti-LGBT hate group Conservative Republicans of Texas, is behind the Liberty Center for God and Country. Hotze and his group made headlines this week when it was discovered that an ex-cop he hired to investigate vote fraud held a repairman at gunpoint after running his work van off the road, mistakenly believing it to be filled with ballots.

Laugesen currently serves as one of two executive officers of “Save the Persecuted Christians,” a nonprofit dedicated to educating the public on anti-Christian violence. Laugesen is the the group’s executive director while aforementioned anti-Muslim conspiracy theorist Frank Gaffney is president and CEO.

Laugesen did not return a message requesting comment about her role with Every Legal Vote. This article will be updated with any response received.