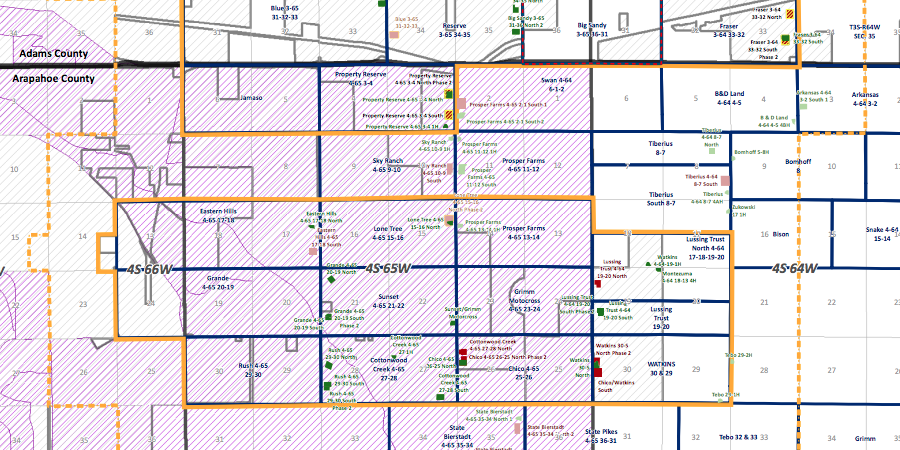 In September, six Colorado environmental advocacy groups submitted a petition to the COGCC asking for formal rules for the protection of communities impacted by the effects of oil and gas production. The groups say they represent over 100,000 Coloradans who have been negatively impacted by climate change and air pollution — and who are therefore at greater risk of health issues due to oil and gas drilling. The petition can be read in its entirety here.

The six groups that authored the petition are 350 Colorado, WildEarth Guardians, Womxn from the Mountain, Physicians for Social Responsibility, the Larimer Alliance, and the Sierra Club of Colorado.

“Cumulative impacts” is a term used by climate activists to explain the effects pollution has on public health. It defines a pollution source not as something that exists in a vacuum, but as something that combines with other pollution sources. For example, people living near an oil drilling site in an already industrial area with poor air quality will experience more adverse health effects than if they were only living near the drilling site.

Health impacts from pollution can also vary depending on a community’s income level, access to quality health care, and vulnerability to climate disasters.

The COGCC has some rules dedicated to addressing cumulative impacts, but environmental groups argue that the current rules have plenty of blind spots. Environmental groups are proposing these upgrades to the rules: A definition of cumulative impacts that includes “total effects on a resource, ecosystem, or human community” and takes into consideration “all other activities affecting that resource no matter what entity… is taking the actions.”

According to a press release announcing the hearing date, the groups say they want these rules to be created with a special acknowledgment of the challenges climate change and pollution pose to disproportionally impacted communities.

The COGCC has a comprehensive archive of its past rulemaking sessions on its website.

Colorado’s oil and gas rules since its mission change in 2019 have been heralded by the COGCC and even some in the oil and gas industry as a “gold-standard” when compared to the rest of the country, but environmental groups have been more cautious with their optimism.

“The Commission thinks it can solve this problem by making sure each well is emitting as little pollution as possible,” Leathwood said. “But adding pollution drop by drop to a glass that is already full, while ignoring the fact others are also adding drops to the glass just doesn’t make sense. Almost 4,000 new permits have been granted since the mandate to address cumulative pollution was passed in 2019.”

Even after the implementation of these “strict” new environmental regulations, Colorado is still among the top states in oil and gas production: In 2021 Colorado ranked fifth among U.S. states in oil production and seventh in natural gas.

“Colorado’s production does not meaningfully change the price that Colorado consumers pay for fuel — it’s a global commodity with prices set by the balance of global demand and global production plus industry profiteering — but our bad air quality does cost Coloradans in health spending, in lost life and lost productivity,” Merlin said. “It hurts our tourism industry. It hurts our most vulnerable people: children and the elderly. It also hurts folks who work outside, like postal carriers, road crews, and farm and ranch workers.”

Last week, an oil and gas drilling plan covering 55 square miles in Aurora was approved by state regulators, despite concerns from environmental groups that the cumulative environmental impacts were being ignored by the COGCC.

A residential development plan of over 12,000 homes has also been approved in the same area as the oil and gas drilling plan. These residents would have to live near new oil and gas wells — dealing with the health risks associated with living even a few miles away from well sites — while also dealing with other pollution sources. Aurora is within the area the Environmental Protection Agency deemed as a “severe” violator of federal air quality standards. “Severe” is the second-worst rating an area can receive.

Members of the public who wish to testify at the public hearing can learn about the process here. The hearing is on Dec. 14 and the COGCC is accepting public comment submissions until Dec. 2.