Colleges Withhold Transcripts and Diplomas as a Form of Debt Collection, Colorado Should Stop Them 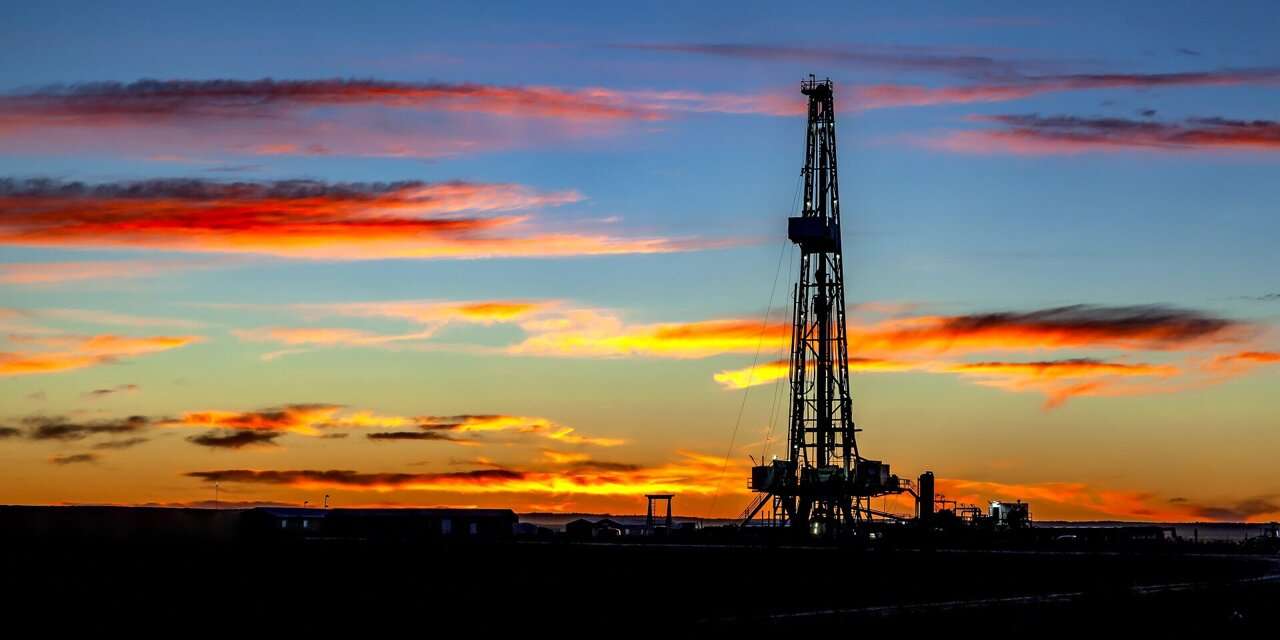 Yesterday the Colorado Oil and Gas Conservation Commission (COGCC), the state’s regulatory body for oil and gas activities, passed a major reform of rules to reduce risks posed by orphaned wells in the state, the first such Colorado reform in 28 years.

The updated regulations, referred to as financial assurance rules, will make it less likely, though not impossible, that oil and gas wells wind up being abandoned by private companies and become the responsibility of the state to plug and clean.

According to a fact sheet released by the COGCC yesterday, the financial assurance rules are now the strongest in the nation.

“COGCC has unanimously approved Financial Assurance Rules today. They are the strongest in the nation,” the Commission tweeted yesterday. “Thanks to all our stakeholders for their participation in this achievement!”

These updated rules were needed because of the immense environmental and economic risk low-producing and orphaned wells pose to Colorado. For a thorough explanation of this risk, click here.

The COGCC makes oil and gas operators pay upfront for the cost of plugging and cleaning up a well site to try and prevent operators from abandoning the wells if they go out of business, leaving the cleanup cost to the state. This is what the COGCC refers to as financial assurances.

A report from the Bell Policy Center, a research group that works to advance economic mobility in Colorado, found that without real reform, plugging orphaned oil and gas wells could cost the state more than $8 billion.

The new rules, which can be found here and are aimed at curbing that cost, include:

In a press release from Conservation Colorado, an environmental advocacy group, CEO Kelly Nordini praised the rules as a huge step forward in ensuring health and safety are prioritized over profits.

“For too long, the oil and gas industry dumped their responsibility for low-producing wells onto the people of Colorado, and our health, safety, and environment paid the price,” Nordini said. “Taxpayers shouldn’t have to clean up big polluters’ messes. By requiring industry to pay for and plug 10,000 high-risk wells and so many others that dot our landscape, the COGCC moved one step closer to ensuring that Coloradans’ health and safety always comes before oil and gas industry profits.”

The press release also emphasized that the COGCC needs more staff and resources in order to adequately enforce these new rules. For the 52,000 oil and gas wells operated by 312 companies in Colorado, the COGCC has a staff of 85 employees to conduct a variety of different field operations across the state.

Leslie Robinson, chairwoman of Grand Valley Citizens Alliance, an environmental group based in Grand Junction, released a statement following the vote emphasizing the need for transparent enforcement of the new rules.

“Senate Bill 19-181 has required the COGCC to establish rules that are broadly protective of health, safety, and our environment,” Robinson said. “While the financial assurances created under this commission do offer a step in the right direction, we must continue to be mindful of the need to be transparent in their enforcement. We cannot allow operators to push for lenient interpretation of these regulations at the cost of the public’s welfare and tax dollars.”

In her statement, Robinson referenced Colorado Senate Bill 19-181, titled ‘Protect Public Welfare Oil And Gas Operations,’ which created the COGCC and, according to the law’s explanation, “prioritizes the protection of public safety, health, welfare, and the environment in the regulation of the oil and gas industry.”

For some environmental groups, however, the activities of the oil and gas industry are too detrimental to the health of the world to be dealt with through incremental rulemaking.

On Monday, the day before the COGCC vote, the United Nations’ Intergovernmental Panel on Climate Change released its latest report on the impacts climate change will have on humankind. Its conclusion was bleak.

“I have seen many scientific reports in my time, but nothing like this,” said U.N. Secretary-General Antònio Guterres while introducing the report. “Today’s IPCC report is an atlas of human suffering and a damning indictment of failed climate leadership.”

On Tuesday, during the COGCC deliberations, Russian attacks continued to brutalize Ukraine. The Russian military is largely funded through the energy giants that do business there, as 60% of the country’s export earnings come from oil and gas.

“Sixty percent of Putin’s export earnings come from oil and gas,” environmental activist and climate author Bill McKibben said yesterday on Democracy Now! “If he didn’t have them he wouldn’t be able to field an army that, as we speak, is bombing the hell out of Kharkiv.”

Kate Christensen is the Oil and Gas Campaign Director for 350 Colorado, an environmental advocacy group. Christensen explained that her reaction to the updated rules was one of disappointment. She said that she does not believe the intention of Senate Bill 19-181 has been honored by the COGCC.

“I’m glad we’re getting a little more money for financial assurance from industry,” Christensen said. “But this rulemaking did not follow the spirit of SB19-181. It’s been three years since that law was passed and concerns of industry are still front and center, while concerns about public health, safety, welfare, and the environment are not being sufficiently addressed.”

Christensen had advocated for full-cost bonding for all wells in Colorado, meaning that every single well in the state would have to be fully financially assured by its operator.

“Utility companies don’t send me a box of chocolates every time I pay my bills,” Christensen continued. “They just fine me or shut off service if I don’t. But in this rulemaking, the main concern of the commission was to make this as easy for industry as possible. Commissioners spoke ad-nauseam about potential paperwork burdens for oil and gas companies and avoided talking about potential taxpayer burden that could be in the billions.”

Ramesh Bhatt, chair of the Conservation Committee of the Colorado Sierra Club, the state chapter of the national environmental group, said that while he appreciates the work done by the COGCC to address these issues, he still sees some problems.

“The Commission and COGCC staff worked hard to craft these rules,” Bhatt said. “The financial assurance required under these rules is likely to be higher than under the current rules. However, it is going to be far from adequate.”

Bhatt explained that the complexity of these updated rules could make it difficult for the COGCC to implement them.

“Under the new rules, some wells are covered for as little as $1,500 while the cost of plugging and abandonment averages over $90,000 even by COGCC’s own numbers. The rules are highly complex and convoluted and there is a great deal of discretion provided,” Bhatt said. “The impact of these rules will not be evident until we see how these rules are actually implemented. The Commission already faces challenges realizing the commitments in its mission change rules, and these financial assurance rules will be even more complex to implement.”

Christensen said that this option, sometimes referred to as the “choose your own adventure” option by COGCC commissioners during the rulemaking process, is one of the main reasons she is disappointed in the rules.

“If that wasn’t in there, I’d say we were better off than we were before and that the state does indeed have more financial assurance, albeit inadequate,” Christensen said. “But, as we’ve been observing since the mission change rulemaking, when the commission builds an off-ramp industry will go sailing down it.”

Kate Merlin, an attorney for the Climate and Energy Program at WildEarth Guardians, an environmental advocacy organization based in Wheat Ridge, emphasized the concern over whether the COGCC can implement these rules.

“I think what’s so striking about this set of rules is how we can have 50 pages of rules without having any understanding of what’s going to happen when the Commission starts implementing them,” Merlin said. “An operator might look like they would fall into Option 3, but if they put wells into ‘Out of Service’ status and promise to plug them maybe that operator could get to Option 2 or even Option 1.”

Merlin’s explained that she wants to remain optimistic that these rules can be successful, but can’t say with confidence that they will be.

“​I think one of the main takeaways is that we really won’t know whether these rules are successful or not until we see how they are implemented,” Merlin said. “The legislature wrote SB 19-181 to ensure that financial assurances were reformed to provide more security to the state from the threat of operator bankruptcy — a threat the industry frequently holds over the state. If we keep seeing operators threatening to orphan their wells unless they get special treatment and variances from major rules — as Renegade just did on February 17th — that’s how we will know whether this rulemaking was successful or not.”

The new rules go into effect on April 30 and require operators with more than 50 wells to submit their financial assurance plans by July 1, while smaller operators have until later in the year.