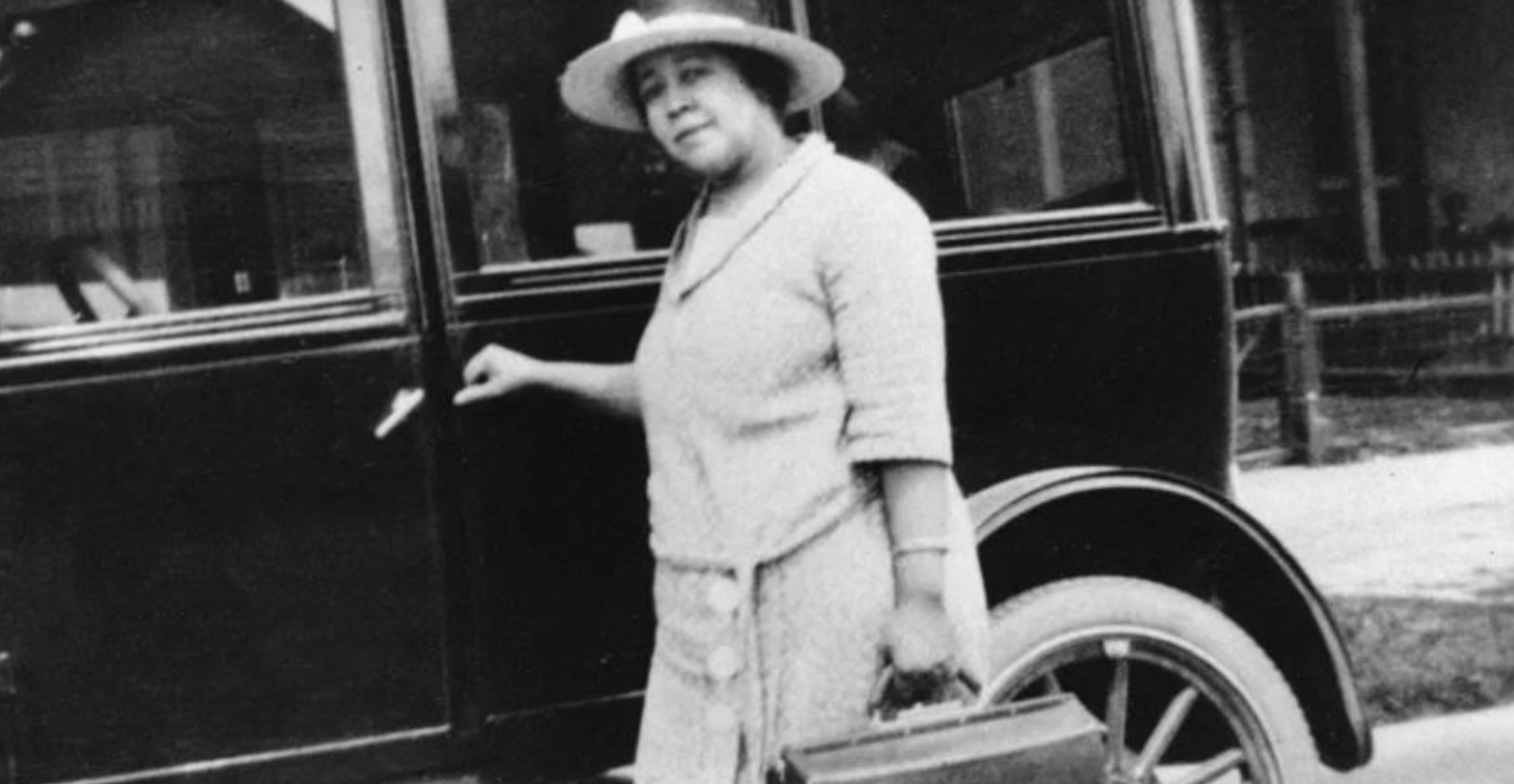 The young Black woman doctor came to Denver eager to practice medicine in 1902, but authorities refused to recognize Dr. Justina Ford or give her privileges at the city’s hospital.

For 50 years, she treated patients in her home, paid house calls to immigrants, people of color and other underserved patients, and delivered more than 7,000 babies, leaving a remarkable legacy.

And year after year, Ford kept fighting for long-overdue recognition from the medical establishment. Officials with the Colorado Medical Society finally recognized Ford in 1950, two years before she died in 1952 at age 81.

When Dr. Jacqueline Ward-Gaines, an emergency medicine specialist at UCHealth University of Colorado Hospital, thinks about Ford, she is absolutely awestruck.

Not only was Ford a pioneer in medicine, but she also had remarkable patience and persistence to fight for her rights.

“This is someone who applied year after year to the American Medical Association, the Colorado Medical Society and the Denver Medical Society. And, it’s not until 1950 that they let her in.

“They kept telling her ‘no,’ but she kept trying year after year. It’s beautiful to have that persistence,” said Ward-Gaines, who leads Diversity, Equity and Inclusion Education for the Department of Emergency Medicine at the University of Colorado School of Medicine, where she is also an assistant professor.

ER doctor celebrates Dr. Justina Ford: ‘I invoke her with medical students.’ If she made it, so can you.

Ward-Gaines said there were only seven students of color in her medical school class in the 1990s at the University of Chicago Pritzker School of Medicine, nearly a century after Ford graduated from Hering Medical College in Chicago in 1899.

“It still shocks me that she made it through,” said Ward-Gaines, who found her own experience in the 1990s challenging and counsels many medical students and residents of color today who are weary of having to plow paths in schools and professions that still are not as diverse as they should be.

“I invoke Dr. Ford with medical students. I tell them, ‘I know you’re going through times that are trying. Medical school training is so stressful, but I want to give you a positive role model to get you through,’” Ward-Gaines says.

She tells them how Ford’s mother was a nurse and Justina followed her mom around to soak up knowledge. As a little girl, she learned about anatomy by playing with frogs and preparing chickens for dinner so she could explore their insides.

After graduating from medical school, Justina and her husband moved to Alabama, where she worked for a short time. Her husband then came to Denver to serve as the pastor at Zion Baptist Church and Ford later joined him. She expected to be received well in Denver but ran into discrimination right away.

When she sought her medical license, the examiner told her: “I feel dishonest taking a fee from you. You’ve got two strikes against you. First of all, you’re a lady, and second, you’re colored.”

Ford later told a writer for the Negro Digest that she “fought like a tiger” against discrimination.

Ford received her medical license – No. 3800 – on Oct. 2, 1902, and for decades was the only Black woman doctor licensed to practice medicine in Denver.

Ford tried right away to get privileges at Denver General Hospital, now known as Denver Health, but was turned away from the hospital as were all Black people at the time.

The Fords purchased a two-story brick home in the Five Points area east of downtown Denver and Ford started seeing patients there. She practiced gynecology, obstetrics and pediatrics. She was known for caring for anyone who needed help and loved bringing babies into the world. One family described her arriving to deliver a baby on Thanksgiving. As the mother labored, Ford put on an apron and helped finish Thanksgiving dinner, then delivered the baby. One man described her as the “Mother Teresa of Five Points” since she cared so compassionately for everyone who needed her.

“Imagine her doing all this in the 1800s and early 1900s. I think of the adversity she faced. It was unbelievable,” Ward-Gaines said. “I embrace pioneers so much. They did things twice as hard as we’ve done.”

Ford was born on Jan. 22, 1871, and Coloradans this year held a celebration to mark the 150th anniversary of Ford’s birth. (View tributes to Ford in the video below, courtesy of Sylvia Lambe, Lambe PR.)https://www.youtube.com/embed/RymFfU3YmsQ?mute=1&enablejsapi=1&origin=https%3A%2F%2Fwww.uchealth.org

Ford’s home was nearly torn down in 1984, but preservationists from Historic Denver saved it and moved the home from its original location at 2335 Arapahoe Street to 3091 California Street, where it’s now home to the Black American West Museum & Heritage Center. The office and waiting room that Ford used remain on permanent exhibit at the museum, which is now undergoing restoration.

The museum board expects to reopen the museum in April.

Ward-Gaines works the overnight shift in the Emergency Department at University of Colorado Hospital. In that capacity, she sees a lot of critically ill people, including many people of color.

She has developed a new curriculum for emergency medicine residents to boost health literacy and health equity so students and young doctors can give great care to everyone. She also works to improve recruitment and retention of underrepresented minorities both in the University of Colorado medical school and in residency programs.

Ward-Gaines served in the military as a flight surgeon and has lived in Denver for 15 years.

Whenever she moves to a new place, she likes to learn about African American heroes like Ford.

“Black history is left out of Denver history,” Ward-Gaines said.

She was thrilled when she visited the Black American West Museum and learned about Ford. She loves seeing photos of Ford and visiting her exam room. She pondered how a woman of color overcame so many obstacles so long ago.

“She was out there making a difference for Black lives when nobody else was,” Ward-Gaines said. “I call upon the rest of us who are underrepresented minorities in medicine to take it upon ourselves and use whatever avenues we can to also do the best for our people.”

And for everyone who is looking for inspiration during Black History Month, Ward-Gaines encourages people to find heroes who share their profession or passions.

“Open your eyes and enjoy this,” she said.

Whatever you do for work or fun, you can find a Black person who excelled in that field but was not properly honored or recognized.

“Be curious. Be like a child. Find that information that will interest you. That’s my biggest challenge to everyone. There are a lot of people who did great things and never got the media attention.”

For Ward-Gaines, Dr. Justina Ford is a wonderful pioneer she loves learning about. But, there are plenty of other lesser-known heroes that we also can celebrate. Enjoy.

Editor’s Note: During the pandemic, the Colorado Times Recorder will occasionally post articles from UCHealth Today, which is published by UCHeatlh, the hospital associated with the University of Colorado School of Medicine. Our goal is to provide as many people as possible with accurate information about the virus and related topics.