I run across and get sent a lot of stupid things said and posted by Republicans in Colorado. Remember Raymond Garcia? He’s the guy who threatened Hillary Clinton with beheading and punctuates nearly every Facebook utterance with “BWAHAHAHAHA!”

Below is a post by Garcia claiming a conspiracy by SNOPES to hide the “fact” that Elena Kagan was put on SCOTUS as a favor from Obama because she helped get birth-certificate cases before the court dismissed.

Snopes rightfully pointed out that this is a falsehood, but rather than applying Occam’s razor, Garcia decided it was a big conspiracy. He goes on to say that because of SNOPES deceit, he no longer uses SNOPES but rather uses TruthOrFiction.com.

Well, guess what TruthOrFiction.com has to say about his SNOPES conspiracy theory? It’s bullshit. 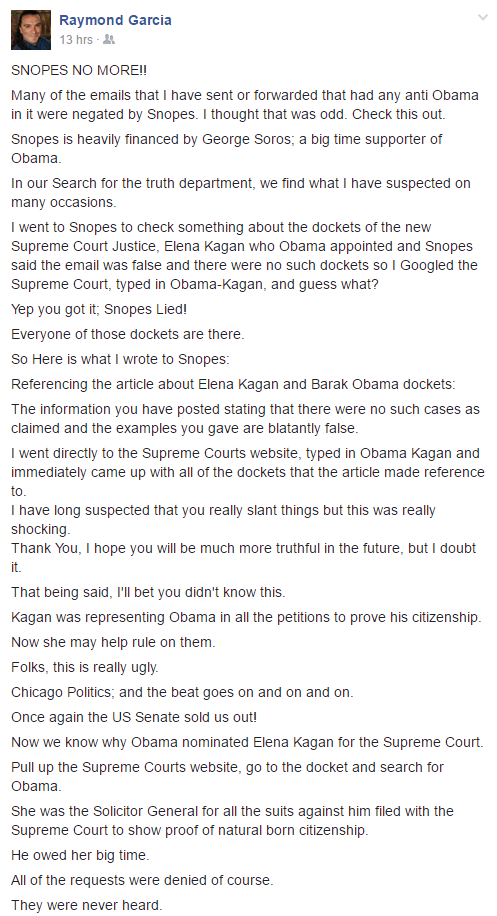 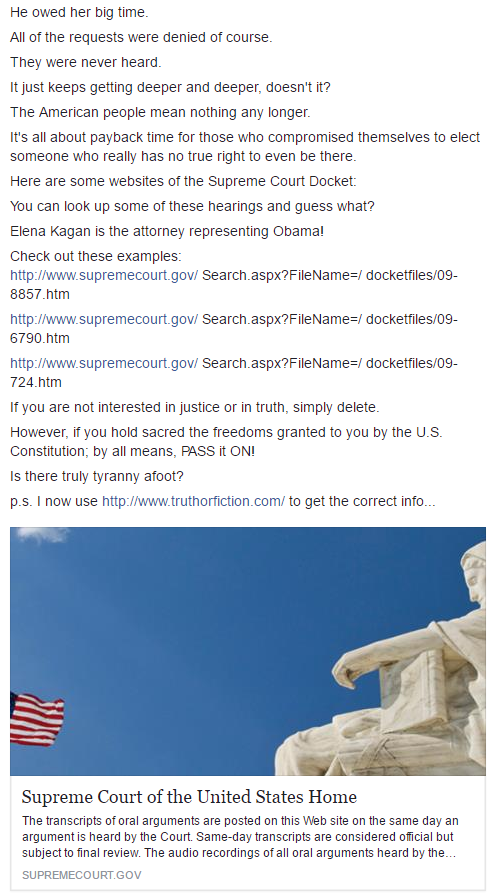 So Raymond Garcia calls SNOPES biased, posts a long-debunked conspiracy theory about Kagan, Obama and SCOTUS, and finishes with a recommendation to read a site that debunks the very lies that he promoted in the post.

In a big basket of deplorable Republican candidates, Raymond might not only be the most extreme, but he is also the most willfully ignorant—probably not what his district is looking for in a Representative.