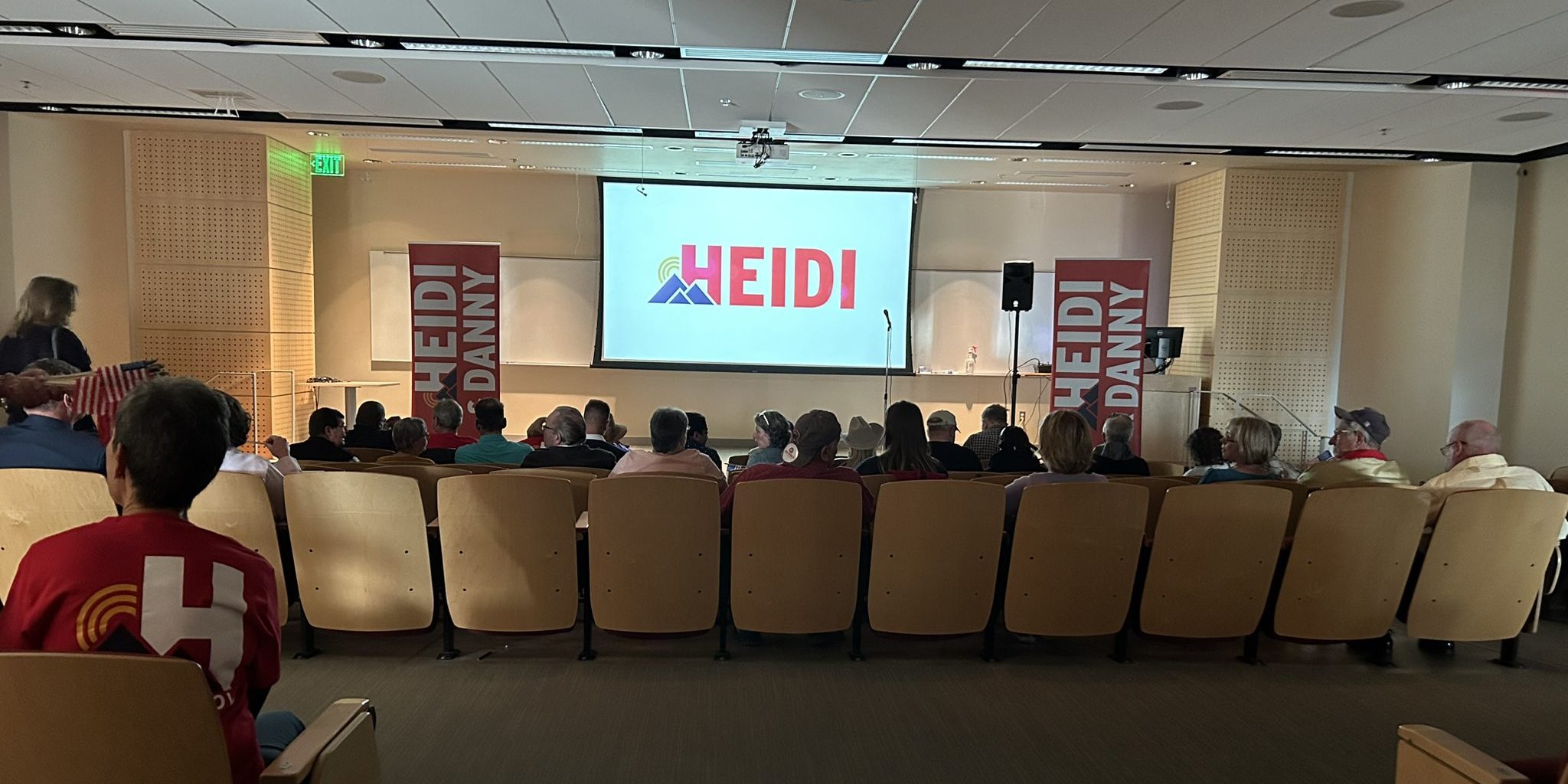 “This is a winnable race,” said Williams. “It’s not a slam dunk, though. … We have the chance to make a difference. You may think, ‘Oh, we’re in El Paso County, it doesn’t matter.’ Here’s the reality. One of the closest statewide races we ever had is when we elected Bill Owens as governor [in 1998]. He won statewide by 8,000 votes. He won El Paso County By 38,000.”

An Oct. 11 Marist Poll shows O’Dea within seven percentage points of Sen. Michael Bennet (D-CO) in the November election, but O’Dea has struggled after a combative Republican primary.

Hanks isn’t the only conservative criticizing O’Dea. Following a Sunday appearance on CNN’s State of the Union where O’Dea tried to distance himself from former President Donald Trump, the ideological leader of the Republican party took to Truth Social to attack O’Dea.

O’Dea isn’t the only Republican struggling with competition from third parties. “Make no mistake about it, a vote for anyone else or no vote at all is a vote against the Republican Party,” said Danny Moore, Ganahl’s pick for Lieutenant Governor, during her Saturday event at the University of Colorado Colorado Springs. “And so I’m asking you to ask your friends, we must be unified in this fight because no house can stand divided.”

Ganahl isn’t just running against incumbent Democratic Governor Jared Polis, but also American Constitution Party candidate Danielle Neuschwanger. “You need to have these tough conversations with your friends that want to vote for a third-party candidate,” implored Ganahl.

“I don’t know what percentage [Neuschwanger will] get,” said GOP attorney George Brauchler on a May 2 episode of his KNUS radio show. “I presume it will be low single digits. That’s just my best guess, but whatever she takes, it won’t be from Polis, right? She ain’t gonna take a single vote from the people who are going to vote for Jared Polis.”

Unfortunately for the GOP, this is not a typical election cycle for Republicans in El Paso County.

Noticeably absent from this weekend’s rallies for the big-name candidates was El Paso County Republican Party Chair Vickie Tonkins, who said Republicans should “vote their conscience” during a September appearance on Richard Randall’s radio show, following the June primary election where El Paso County Republican incumbents fended off a challenge from a slate of Tonkins-backed “grassroots” candidates who campaigned largely on election conspiracies.

“The important thing is to NOT vote for the establishment cabal,” wrote failed El Paso County Sheriff candidate Todd Watkins in the Spunky Patriots Telegram channel. “They have to fail in order to lose their influence within the party… and remove them from official positions. Peotter for Senate, write in [Stanley] Thorne for AG.”

Amidst the dissension within the official county party, former Colorado Representative Lois Landgraf and the Peak Republicans have been working to organize door-knocking campaigns and distribute campaign literature for this year’s Republican candidates — a job usually handled by the county party.

Democrats in El Paso County are taking advantage of the disarray. “We have a lot of enthusiasm,” said John Mikos, the El Paso County Democratic Party Chair, who took part in a rally for Polis before Sunday’s gubernatorial debate at the Broadmoor. “We’re really glad that the governor is visiting El Paso County. We’re out here right now to cheer him on. We know that people in El Paso County know that he has a great record on public safety, advancing fire mitigation, fighting for abortion and reproductive rights. He’s been there. He has a great record to run on, but we’re also energized because we have great local candidates in El Paso County. We are running hard. We’ve got a lot of volunteers at events and the party is very unified locally.”

According to Mikos, El Paso County’s days as a Republican stronghold are coming to an end. “This county is changing demographically in many ways,” he said. “A lot of new voters are coming in. One of the things that we’re doing as a local county party is we’re calling every Democrat who has newly moved into the county over the last six months to welcome them here, and we’ve been doing, throughout the summer, a lot of community fairs and festivals to be out there and to be very present. That’s important. That’s what a grassroots party does. It becomes a welcoming, ‘everybody welcome’ kind of place. I can feel the energy around that. This has been, traditionally, a Republican stronghold. In every election, we see that eroding and it’s becoming increasingly purple.”

It’s not just El Paso County that is changing. During a Sunday event in Woodland Park, in deep-red Teller County, which saw a violent counterprotest against anti-ICE and Black Lives Matter protesters in the summer of 2020 and is home to Andrew Wommack’s Charis Bible College and Wommack Ministries, approximately 250 people came to support Bennet.

“We’re heavily red up here,” said Laurie Glauth, chair of the Teller County Democratic Party. “We historically get over 95% voter turnout up here. The Dems will show up and vote. The unaffiliated usually break to the same percentage as red and blue, so if we can deliver about 5,000 votes for the blue side, we consider that a victory. because all we can do is get all of our folks to participate in the system.”

Political polarization in the post-Trump era can make progressive political organizing in rural areas like Teller County a challenge. “People keep their heads down here,” says Glauth. “People are resistant to put up signs. Obama’s campaign in ’08 had a huge presence up here, and that brought out the ugliness in everybody. The underbelly exposed itself, and it’s been there ever since.”