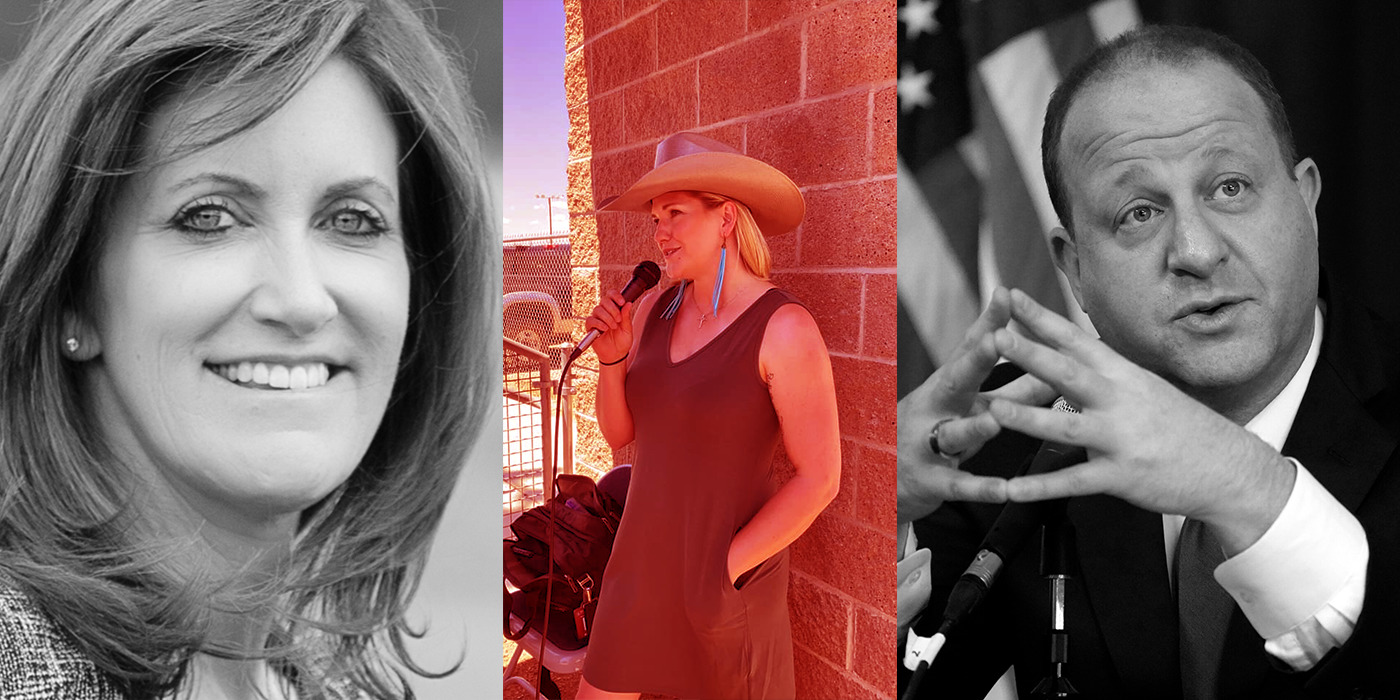 A recent poll conducted by the Trafalgar Group, a national opinion polling and survey company, found that, if the Colorado election were held today, Gov.Jared Polis (D-CO) would beat CU Regent Heidi Ganahl with 46.8% of the vote, compared to Ganahl’s 42.1%. Libertarian candidate Kevin Ruskusky received 4.3%, and “other” received 1.9%. Trafalgar’s results were based on a sampling of 1,087 respondents, with a confidence rate of 95%.

Danielle Neuschwanger, who lost out to Ganahl and former Parker Mayor Greg Lopez during a contested Colorado GOP assembly in April, takes umbrage at the “other” category.

Following her loss at assembly, Neuschwanger switched parties and is currently running for governor as the American Constitution Party candidate.

“I am running to fight for the people,” said Neuschwanger during a July 8 appearance on Dan Caplis’ radio program. “I have said since day one, if for some reason the polling does not show towards the general election that I can overcome Heidi, and pull it out, there is a potential that I would drop out and support the candidate that I thought could beat them. We’re not at that point right now. We’re not into a point where I feel the numbers are overwhelming. In fact, we’re seeing the opposite. We’re seeing people walk away from the GOP. We’re seeing people walk away from the Democratic Party, and there’s still a lot of race to run.”

Despite the Trafalgar poll’s dim outlook for her campaign, Neuschwanger says she will stay in the race. “I told [Caplis] if I wasn’t polling well I would consider [dropping] out, but I tell my people not to do polls,” she said. “So it was a test to see if they would fix a poll. And we just saw the result.”

Neuschwanger is hoping she can sway Colorado’s 1.6 million unaffiliated voters, and she says recent campaign events are proof that she can pull it off. “We just spent a weekend in Palisade, Grand Junction and Rangeley, and we’re finding that there are plenty of Democrats that are super pissed at Polis, but they will not vote Republican,” she told Caplis in July. “The rhetoric that we are getting, the same sentiment everywhere we go is, thank God we finally have a third party candidate because a two party system just isn’t working anymore.”

Neuschwanger advocates for “policy over party,” and feels confident that she is a stronger candidate for conservatives than Ganahl. Neuschwanger points to Ganahl’s campaign promise to eliminate Colorado’s income tax.

“That’s 60% of the general fund,” she says. “There are ways to reduce taxes responsibly, without creating chaos and causing mass layoffs.”

“She’s not a politician,” said Deacon of Neuschwanger. “She’s a Christian lady. She’s a cattle rancher and a real estate agent. I mean, she’s just got everything that we need for a governor. She’s straight forward. She tells it how it is. And I have yet to find a person that can ask her a question that she can’t answer.”

Deacon, who says he’s received pushback from Republicans for his support of Neuschwanger, also vouches for Neuschwanger’s crossover appeal. “We were at the [Colorado] State Fair, her dad and I handed out postcards on Saturday, and she has got a boatload of Democrats that are coming across,” he said. “They won’t vote for Heidi because she’s a Republican, and they’re sick of Polis, and so they’re going to vote for Danielle.”

While progressive voters may take issue with Polis’ weakening of collective bargaining and environmental legislation, or his veto of the licensure program that was an attempt at regulating the state’s predatory and exploitative homeowner’s association industry, or his support for charter schools, or the fact that he doesn’t pay taxes, it seems unlikely that they would vote for Neuschwanger, who prior to her move to the American Constitution Party described herself as a “lifelong Republican.”

To show her commitment to representing the people of Colorado, Neuschwanger recently announced that she is canceling all of the endorsements she received when she ran as a Republican. “The only endorsements that should matter are the voices of the constituents,” she said.

Editor’s Note: An earlier version of this article incorrectly claimed that Neuschwanger and Lopez lost to Ganahl during the assembly. Lopez beat Ganahl during the Colorado GOP Assembly, with 34.3% of the vote to Ganahl’s 32.6%. Ganahl would go on to beat Lopez in the primary with 53.9% of the vote. We apologize for the error.