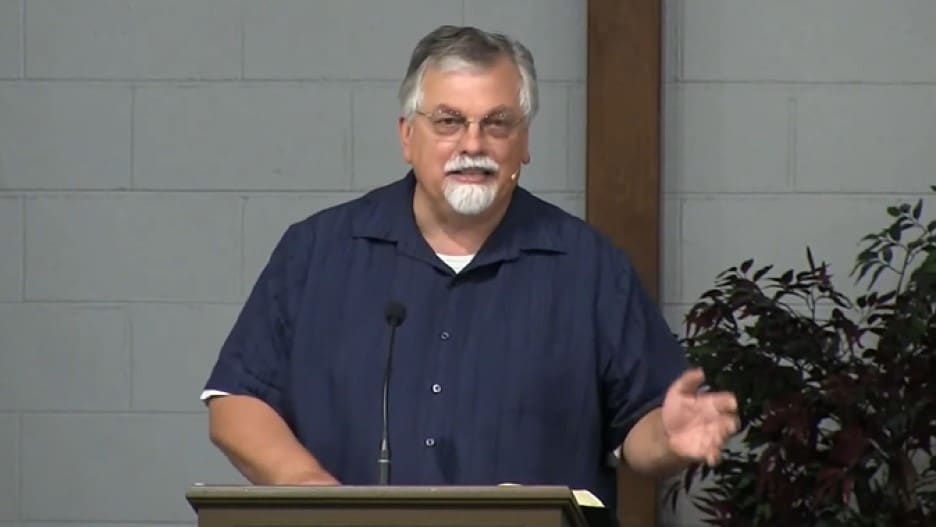 Enyart’s radio contemporary, Rush Limbaugh, became an icon in the talk radio industry by employing a model of audience engagement which famously mocked AIDS victims’ deaths on his radio show in an indisputably gross display of bigotry, prejudice, and dispassionate politicization of a humanitarian crisis, while simultaneously achieving a trolling status of Boebertian proportions.

Locally, Enyart popularized the same distasteful brand of commentary as a homophobic evangelical pastor radio host for decades in Colorado.

In the wake of his death from an infectious disease with authorized and proven means of prevention, news reports are highlighting the irony of Enyart’s recent advocacy against COVID vaccination and his mocking of people who use face masks to diminish the transmission of the coronavirus.

At the time of Limbaugh’s death, eulogies on conservative talk were mostly laudatory, praising the foundations he built for leagues of hosts who inherited and promoted Limbaugh’s model to the benefit of their own fame and wealth.

But Enyart received a more honest and not-so-complimentary eulogy on KNUS yesterday.

Roberts had reported on Enyart’s death in an online article for Westword, where he linked to a feature article he’d written about Enyart in the late 1990s, at the apex of Enyart’s controversial on-air career. Roberts characterizes that article as “among the craziest ever published by Westword.” Twenty-three years later, it certainly provides invaluable context to Enyart’s persona, his gimmicks, and his messaging.

In memorializing Enyart on air yesterday, Boyles and Roberts questioned the sincerity of Enyart’s message through a critical lens that acknowledged his penchant for showmanship and shock-jock strategies.

ROBERTS: Bob, as you know, was all about mocking and celebrating the death of folks who he did not feel were Christian enough. … [He was] certainly a fascinating person. I understand why so many folks despise him. He was an unrepentant homophobe, among other things. But being around him, he was one of those guys who could seem as if he was, you know, charming and and funny at times. But he also just didn’t really recognize the humanity of folks with whom he disagreed.

BOYLES: Did he really crank [the song] “Another One Bites the Dust” [by the rock group Queen] when reading — gleefully, as you say — reading obits of gay sufferers?

ROBERTS: Uh, yeah, gay people who died of AIDS? Yeah, he — that was a regular feature of his “Bob Enyart Live” show, back in that period of time. So, it comes as no surprise that people have been referencing “Another One Bites the Dust” after hearing that he died of COVID. … That fits perfectly within his shtick. And he took delight in tweaking his enemies.

ROBERTS: You know, that’s the question that I don’t know that we can all answer here, especially given that A) Bob is not here, and B) if Bob was here, the chances of him getting a straight answer on that are pretty slim. He certainly was a showman in that respect. And so he may have simply been doing that routine to get a rise out of his enemies. And, you know, so there is no telling on that. But I do think that he believed that gay people were not sufficiently Christian by his standards. So, you know, [two] things can be true at once. You know, maybe he was exaggerating that for showmanship reasons, but he could also have been deeply homophobic. So that’s unclear. But the irony of him celebrating the death of people who died from a terrible virus is plain to see today.

Roberts and Boyles framed Enyart’s death as the latest in a run of five conservative talk radio hosts, nationally, who had vociferously attacked public health measures on their show before succumbing to COVID. and their impact on listeners’ choices and decisions in navigating the current pandemic.

BOYLES: Now, what? He Is apparently the fifth conservative who — [as an] on air [personality] — who won’t be vaccined [sic], and now he is gone. What do we learn?

ROBERTS: Yeah. I know of at these two in Florida and one in Tennessee. And it’s likely that there have been more. … But I do not think he will be the last. There are folks out there who have made this part of their brand and they’re taking they’re taking a risk. They’re taking a risk that by laughing off a disease that has killed more than 600,000 Americans and millions of people worldwide, [there] is something that can stop that. And, you know, a lot of folks may come through this with asymptomatic cases and be fine. Some will be hospitalized and they’ll get out and they’ll be okay, And some will die. And that’s the roll of the dice that these folks are taking.

Steffan Tubbs, a colleague host on KNUS with Boyles, also came up in the conversation with Roberts. As reported by the Colorado Times Recorder, Tubbs refuses to recommend vaccination to his listeners, despite surviving a severe case of COVID and unapologetically sharing his opinions on myriad other controversial topics with his audience.

Roberts also shared his personal story of COVID’s impact on his family.

BOYLES: Yeah, our very own, and my friend Steffan Tubbs came very, very close, and–.

ROBERTS: Steffan Tubbs’ story is one that is definitely instructive. And he has spoken very eloquently about what he went through. … I don’t know if I’ve mentioned this to you, but my wife’s great uncle was Freddy Rodriguez, Jr., jazz legend, — [correcting himself] or rather, Freddy Rodriguez, Sr.!  His son, Jr., is still with us, fortunately. But Freddy Rodriguez, Sr., jazz legend in Denver, who was probably the first publicly identified Coloradan to die of COVID back in March of 2020. He played every week at El Chupltepec, which is now gone as well. Just a brilliant and wonderful person. And so we had this in our family in March of 2020. And since then, it’s only caused more tears across the state.

And finally, late in the interview with Roberts, Boyles brought up Enyart’s history of legal issues in Colorado, less related to his on-air persona.

BOYLES: And somebody else told us this morning — and [producer of Boyles’ show] Billy looked — and apparently he got hammered on a child abuse thing for hitting his kid. Somebody sent that to us as well. So–.

ROBERTS: And that definitely rings a bell, I think that may be in my original feature back in ninety nine, which is linked in our post.

Listen to the entire interview between Boyles and Roberts here, beginning at 24 minutes into the podcast.