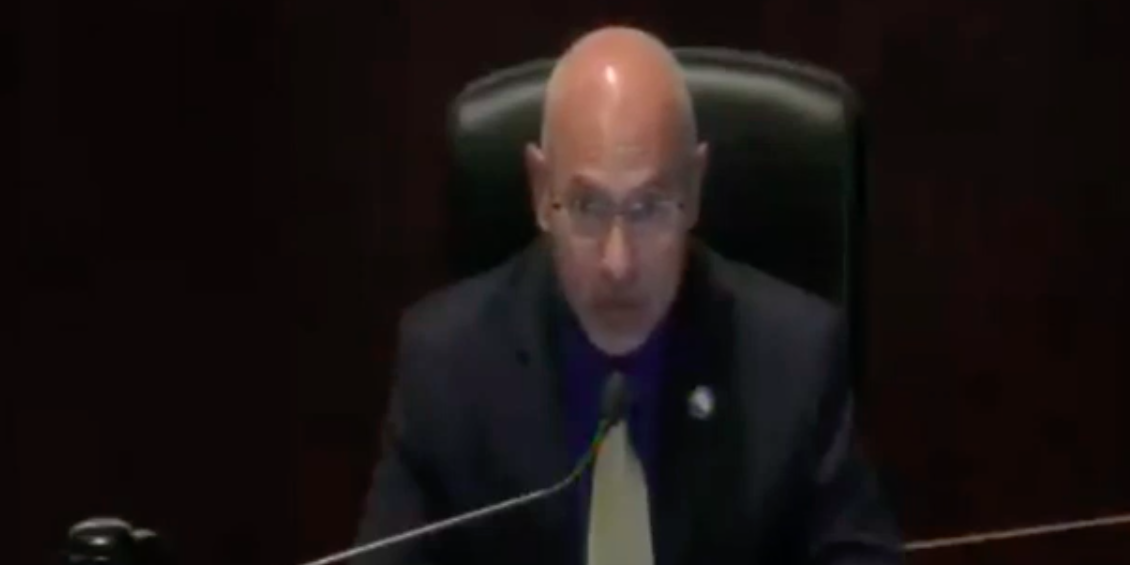 During Tuesday’s meeting of the El Paso County Board of County Commissioners, District 4 Commissioner Longinos Gonzalez used his board comments to publicly accuse Colorado Springs at-large city councilor Wayne Williams of lying to the media and the public. Williams is also the subject of a recall effort, pushed by nonprofit Integrity Matters, which is also targeting newly appointed Colorado Springs councilor Stephanie Fortune. Williams will also be facing Gonzalez in Colorado Springs 2023 Mayoral election.

“For the past several weeks, many have been upset over a TV commercial,” said Gonzalez during Tuesday’s meeting. “For many, it looks like an election commercial for Secretary of State Jena Griswold, and includes Mr. Wayne Williams, paid for by taxpayer dollars. I called out our current Secretary of State for what I believe, and many believe, is an abuse of taxpayer funds last week. However, in the last week I have unfortunately learned something that I consider probably even worse, that I did not call out last week. Mr. Wayne Williams, over the last two weeks, has been defending his involvement in the commercial by very specifically stating he did not know the ads would be used on television or that they would be used after the primary, which was held on June 28, earlier this year. Mr. Wayne Williams has been clearly lying to the public.”

Gonzalez pointed to an email sent by Williams to Michael Whitehorn, the chief of staff for the Colorado Secretary of State, dated July 11, confirming a recent public service announcement regarding election integrity that has been the subject of recent controversy, due to Williams’ support of Republican Pam Anderson in November’s Secretary of State race. Williams told KRDO and the Gazette that he didn’t realize the PSAs would air after the primary.

“I filed a CORA request asking for documents pertaining to when the scripts were mailed and emailed, how those are communicated,” said Duggan during an Aug. 26 appearance on Richard Randall’s radio program. “I knew that’s custom practice in the industry as well as media schedule.”

Gonzalez pointed to the July 11 confirmation email as evidence that Williams knew they would air after the primary, and accused Williams of lying to the media and the public.

“Mr. Williams approved it,” said Gonzalez. “In the Gazette editorial last week, appropriately chastising Ms. Griswold for the use of taxpayer funds on the commercial, after the primary, they said ‘Williams said he had no idea Griswold would spend $1 million airing the ad on television after her primary.’ In the Gazette’s article on the recent Wayne recall effort, Mr. Williams says, ‘The Secretary of State’s Office made the decision to air the ads after the primary ended.’ The emails show both statements are false. Additionally, in a KRDO interview, Mr. Williams states he filmed ads to support democracy and trust in Colorado, shooting them before the primary elections in June. That’s when he thought they’d run. ‘At that point the current Secretary was unopposed in her current primary,’ Williams said. She’s opposed in the general election now, but he still approved it, again, afterwards, contradicting his media statements. This email chain clearly and absolutely shows that Mr. Wayne Williams has been lying to the public. Whether people liked or didn’t like the commercials is irrelevant. He lied about it. He in fact signed off on the television ads being used after the primary, and it appears he is lying in his media statements. What does this mean? It means Mr. Wayne Williams lied to the Gazette, multiple times. It means Wayne Williams lied to KRDO, and most importantly, it appears that Mr. Wayne Williams has been lying to the public, the people he works for, the people we all work for. Mr. Williams, I believe you have broken the public trust by lying to the people publicly. Elected officials are supposed to be held to higher standards. We should not accept our elected officials lying to the press or lying to residents. This lie is a stain upon all officials in office and undermines the credibility we all have, and must maintain with the media and the public. Again, I just wanted to say, at the end, Mr. Williams, I think your comments and lying to the public are unworthy. I hope you do the right thing, admit you’ve lied, ask for forgiveness, and get out of the way.”

Williams says Gonzalez is deliberately misinterpreting his statements. “As Commissioner Gonzales knows, the primary tabulation was [still] going on on July 11,” he said. “It would be rather dishonest of him to assert otherwise. In fact, that’s when the audit was beginning, and long before the recount of the primary, so the primary election processes were going on on July 11th. So first, that doesn’t even make sense and it’s just demonstrably false, and he knows that, which is disappointing. Secondly, What I have said is I was not aware it would go on television to the extent that it did. I also said I didn’t want it close to the general election, and when it began to run in August, as opposed to July, I asked them to stop 30 days before the election. Which they did, as far as I know. And that’s what I’ve consistently said. So I don’t know what he’s even talking about.”

Williams also expressed concerns about Gonzalez’s desire to run for mayor in 2023, noting that Gonzalez was recently reelected to the Board of County Commissioners for a term that ends in 2025. “It’s very disappointing that he chose to use El Paso County taxpayer resources to promote his own personal campaign in which he seeks to quit the job he swore under oath to do just last year,” said Williams.

Not only is Gonzalez facing Williams in the 2023 Mayoral race, but Gonzalez has been courting the more extreme elements of the El Paso County Republican Party in recent months, amid growing factionalism among Southern Colorado Republicans. Gonzalez attended a March meeting of the Spunky Patriots, speaking alongside election denier and Jan. 6 insurrection attendee Rep. Ron Hanks (R-Cañon City). The event also featured failed candidates Lindsay Moore, who used Williams’ position with Runbeck Election Services to attack her opponent, El Paso County Commissioner Holly Williams, and Peter Lupia, who was one of the candidates who requested a recount following his failed bid for Clerk and Recorder.

Pitchford, who recently called for the resignation of Sen. Dennis Hisey (R-Fountain), is also behind Integrity Matters, which is running the recall against Williams, according to a Feb. 19 filing with the Colorado Secretary of State’s Office.

Editor’s Note: An earlier version of this article used the term “NIMBY” to describe Westside Watch, which Duggan claims is inaccurate, noting that many of the issues involved in her opposition to new development is not related to affordable housing, but concerns about issues such as fire evacuation routes, as in the case of the 2424 Garden of the Gods development.