FACT CHECK: Kirkmeyer Has a Record of Being an Extreme Anti-Abortion Activist 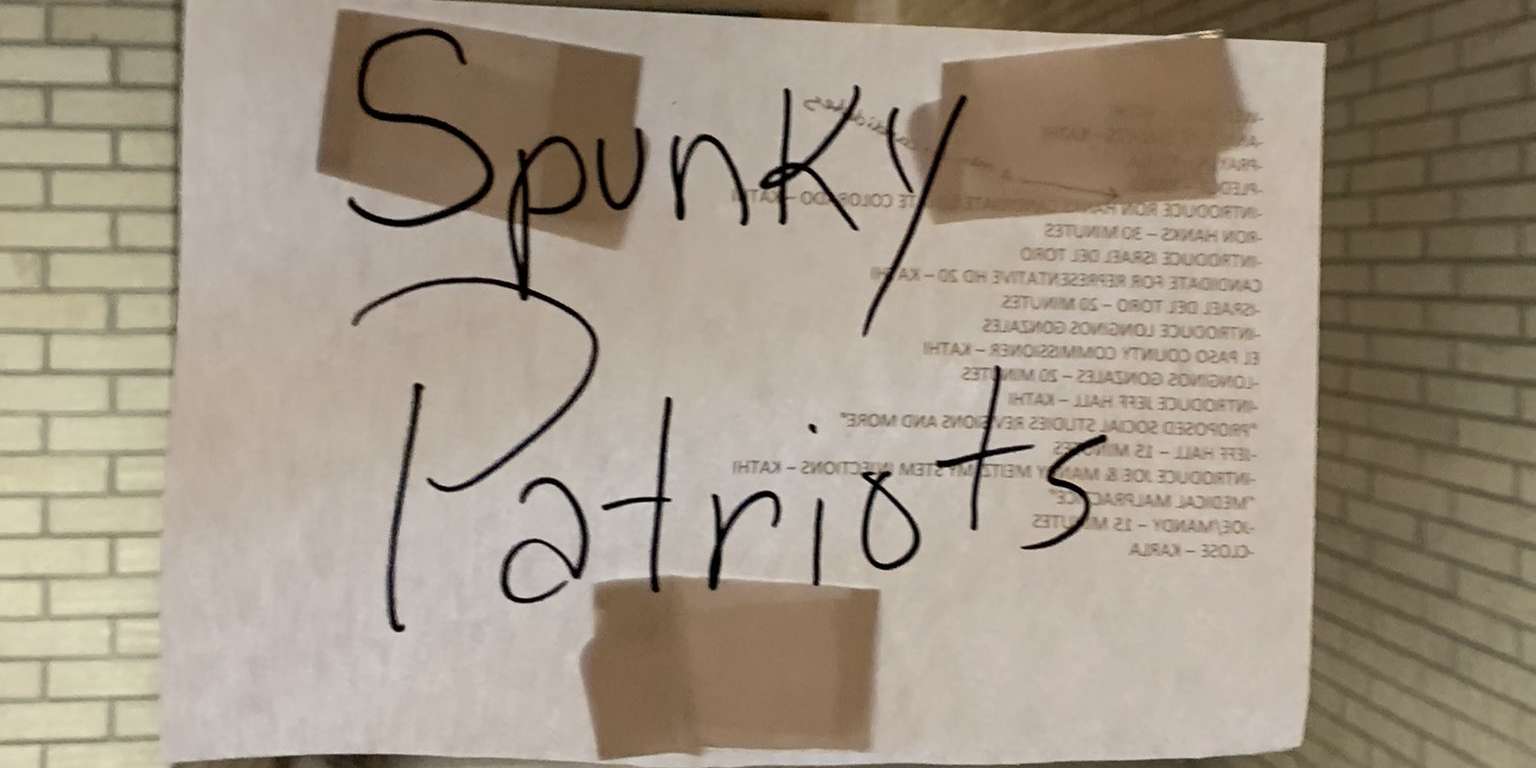 After over a year of infighting and power struggles within the El Paso County Republican Party, the battle between competing GOP factions is spilling into the primary races of Southern Colorado.

During a regular meeting of the Colorado Springs-based group “Spunky Patriots,” an array of Republican candidates took advantage of the opportunity to take shots at their opponents in front of approximately 40 attendees on Tuesday night.

The meeting began with announcements from host Kathi Stehlik, who said the April 12 Spunky Patriots meeting will feature Mesa County Clerk and Recorder Tina Peters, who today was indicted on 10 counts relating to tampering with Dominion Voting machines, and was followed by short remarks from all candidates present.

Lindsay Moore, who announced her candidacy for El Paso County Commissioner during a Feb. 25 candidate forum in Peyton, said, “We’ve had a lot of folks in our County Commissioner Board who say they are constitutional patriots and they have not defended you. They have not saved your businesses, they haven’t prevented your taxes from going up, they haven’t even fixed your roads, folks.”

Moore, who will challenge El Paso County District 1 Commissioner Holly Williams, said one of her goals as commissioner would be to cancel El Paso County’s contract with Dominion Voting Systems.

Williams and Bremer were both recently named in a campaign finance complaint filed by former El Paso County GOP Treasurer John Pitchford, who noted that Bremer and Williams both received $5,000 donations, “double the lawful amount which can be donated” from the Colorado Springs Forward Political Funding Committee. Pitchford’s complaint noted that Williams and Bremer both returned the $2,500 over the donation limit, but that Colorado Springs Forward’s TRACER records had, “shown no contributions since July 2016 and its Line 5 Funds On Hand entry has shown the amount of $850 on 22 consecutive TRACER reports. There is nothing to indicate Springs Forward had the $10,000 necessary to make $5,000 in donations to the Williams or Bremer campaigns.”

Lynette Crow-Iverson, a board member of Colorado Springs Forward, said the complaint has been rectified. “We have several accounts at CSF and those were written out of the corporate account, which is against the campaign finance laws, but they have both been returned. The money has been deposited back in Colorado Springs Foward’s accounts and out of Holly Williams’ and Cami Bremer’s checking accounts, and we have already rectified the complaint.”

“My vision would be to put forward a plan that takes us back to hand-counted ballots, delivered at your precinct-level with an ID on election day,” Luipia said at the Spunky Patriots event.

Such a move would not only be less efficient, but would also cost $400,000 to $600,000 more per election, according to recent statements current El Paso County Clerk and Recorder Chuck Broerman gave to the Colorado Springs Independent.

District 4 El Paso County Commissioner Longinos Gonzalez, a recently announced Colorado Springs Mayoral candidate and one of the featured speakers at the Spunky Patriots event, declined to endorse Moore or Winney, saying “I think we have a good team on the Board right now.”

Gonzalez also noted that canceling the Dominion contract with El Paso County and moving to hand-counted ballots would be “difficult.”

“Guess who some people consider to be the favorite for Mayor next year?” asked Gonzalez, to resounding boos from the audience, at the end of his 20-minute speech to the Spunky Patriots. “Does anybody know who Wayne Williams is?”

Wayne Williams has long been a target for those within the El Paso County GOP who view his position as a senior advisor for Runbeck Election Systems, and his appointment by the Mesa County Board of County Commissioners to handle elections there after the investigation was launched into Peters, as evidence that he is either part of the vast, amorphous election conspiracy or untrustworthy.

According to a Facebook video from Sherronna Bishop, both Wayne and Holly Williams were recently voted out of their precinct leader positions during the March 1 Republican caucus in El Paso County.

Joining Gonzalez as a featured speaker that evening was Israel Del Toro, a retired Air Force Master Sergeant running for Colorado House District 20 who suffered severe burns over 80 percent of his body during combat operations in Afghanistan in 2005. Del Toro said he was inspired to run for office after watching the response from politicians to the COVID-19 pandemic. “I kinda think I kinda made Mr. Geitner think of not running again,” he said, “but now we’ve got two more of his clones that just jumped in.”

Del Toro is referring to Republicans Don Wilson, the current Mayor of Monument, and Darcy Schoening, a current Monument Trustee. “Nobody knows who he is,” said Schoening of Del Toro. “He has no qualifications, so I’ll definitely pull past him at [County] Assembly.”

The main attraction of the evening was state Rep. Ron Hanks (R-Cañon City), who is running for U.S. Sen. Michael Bennet’s (D-Colorado) seat. Hanks repeated oft-used talking points about the conspiracies associated with the 2020 election, his attendance at the Jan. 6 Capitol Riot, the dangers of China, the harmful influence of the “yellow media” and referred to President Joe Biden as a “cash-influenced catatonic meat puppet.”

Hanks also criticized Secretary of State candidate Pam Anderson for her position as a director of the Center for Tech and Civic Life, repeating claims made by Peters during her March 7 Conservative Daily appearance. “Pam Anderson is with the CTCL,” she said. “It’s a Zuckerberg foundation. Right now they are accusing CTCL of election bribery because of the way that money was spent to garner specific votes, more Democrat votes. Conservatives get put in Facebook jail every day for posting the truth, especially about election concerns. Mark Zuckerberg is the warden of that jail and has a powerful election money board that is influencing elections all over Colorado and all over America. Pam Anderson is right in there with it, she is the director of this organization, so here you have a Democrat and a Republican running for Secretary of State, and then you have me.”

A spokesperson for the Center for Tech and Civic Life said in an email, “These types of claims about CTCL are the same arguments that have been rejected by every judge – conservative, liberal, and two Republican-appointed Supreme Court Justices — that has heard them, including one judge who described them as a ‘conspiracy theory.’ Further, Pam is on a leave of absence from the board.”