FACT CHECK: Kirkmeyer Has a Record of Being an Extreme Anti-Abortion Activist

Can John Elway Save Colorado Republicans With a Run for Office? 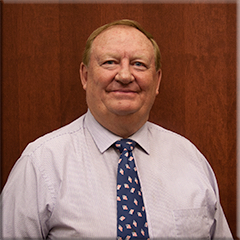 Broyles admitted to being the author of the Alamosa County Republicans’ controversial post on its Facebook page Friday. He has since resigned from his position as Vice Chair of the Alamosa GOP, but remains in his public office as city councilor for Alamosa’s Ward 2.

The full city council meeting can be viewed online here. The links in the paragraphs below jump directly to the statements being discussed.

South Alamosa resident Scott White asked directly for Councilor Broyles’ resignation: “We should as a city, ask for Broyles’ resignation as a clear show of support for the poor people that he claims Republicans hate. We are some of the poorest counties in the state and we need to support our people and not encourage or defend hate speech. I ask that Councilor Broyles resign as a city councilperson.”

Following comments from the public that included requests for his resignation, Councilor Broyles apologized for the post, saying in part,

“I made the posting. It doesn’t represent who I am and it doesn’t represent the platform of the Republican party. I sincerely apologize to the public and to the Republican Party. All I can say is that I will show you in the months ahead that my heart really is centered with helping the poor. My whole life has been with working with the poor. One of these days I’m going to write a letter to the editor to tell you everything I do to work with the poor.”

City Manager Heather Brooks and City Attorney Erich Schwiesow then explained the city’s social media guidelines as well as the rules and process concerning a possible recall petition and vote to remove a Councilor from office. They noted that they felt the clarification was necessary as people had emailed or called Alamosa asking the city council to remove Broyles from office directly, perhaps not knowing about the recall process, which is detailed in the Alamosa City Charter.

Several of Councilor Broyles’ fellow council members also made statements disapproving of his social media posts and expressing dismay about its reflection on the community they represent. Most mentioned that Broyles had called and apologized to them individually. Many of their comments appear in the Alamosa Valley Courier’s article covering the meeting.