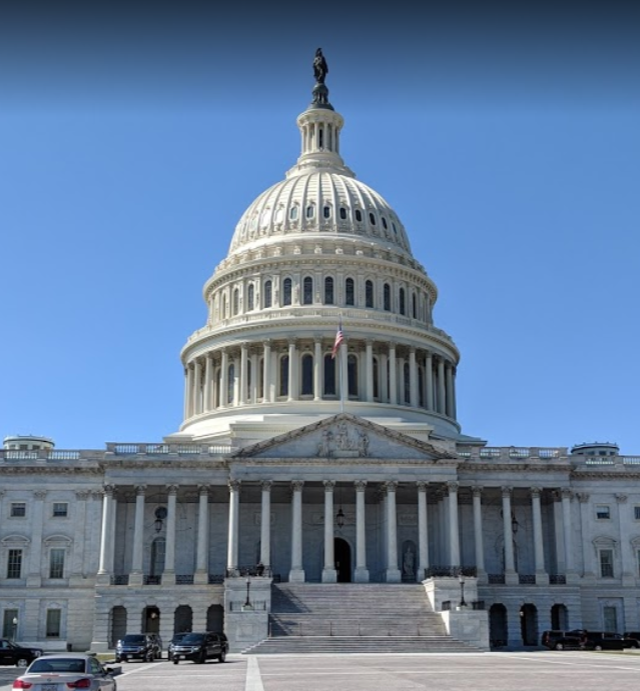 WASHINGTON — At a congressional hearing yesterday, Boulder Democrat Joe Neguse asked how it takes for a service member to receive a response to a request for certification of honorable service in order to submit their citizenship application.

Previously, an applicant would receive an answer in minutes. Now, it could take months — if they receive a response at all, replied retired Army Reserves Lieutenant Colonel Margaret Stock.

“Under today’s laws, most deported veterans only come home to America with an American flag draped around their casket,” Hector Barajas-Varela, director of the Deported Veterans Support House told the congressional panel behind tears.

“There’s no honor in bringing deported veterans home to be recognized or thanked for their service only when they die,” plead Barajas-Varela, an Army veteran who was deported twice himself before then-Gov. Jerry Brown (D-CA) pardoned and allowed him to obtain citizenship.

With more than 100,000 non-citizens having served in the United States military, lawmakers on the House Judiciary Committee’s Subcommittee on Immigration and Citizenship held a hearing Tuesday to consider HR 1078, the Repatriate Our Patriots Act, which would end removal proceedings for certain veterans and their family members.

Rep. Ken Buck, a Republican from northern Colorado, nevertheless argued that “no one is above the legal consequences, criminal or otherwise, of their behavior.”

In a contentious interaction with Stock, Buck asked whether she knew that some veterans were denied citizenship for classified reasons.

“That’s not correct,” Stock said, citing the federal government’s longstanding practice of sending letters to individuals explaining why they were denied citizenship.

“Well [the Department of Defense] certainly has access to classified information when they make a decision about whether to grant someone citizenship or not?” Buck asked.

Neguse had a different view than his Republican colleague, calling the deportation of veterans “beyond disheartening” and “un-American.”

“We should not leave them to feel abandoned and hopeless,” Neguse said.

“What message does [the treatment of non-citizen veterans] say to [legal permanent residents] who are thinking about joining the military?” Neguse asked.

In at least one case that she was aware of, a veteran’s application was lost despite their lawyer flying thousands of miles to assist them in their naturalization interview.

Deployment can be stressful for service members and their families, especially for those facing uncertainty in their immigration status.

Lawmakers stopped immigration judges from having the discretion to terminate removal proceedings in the late 1990s, establishing a zero-tolerance policy for immigrant veterans convicted of any crime.

“We’re supposed to judge ourselves by how we take care of the most vulnerable in our community. In the military, the most vulnerable are enlisted, non-citizens,” Stephanie Izaguirre, an immigration attorney in Colorado Springs and Army veteran, told the Colorado Times Recorder.

“It’s so appalling to me that we haven’t fixed this yet,” said Izaguirre, who served as an Army intelligence officer in the 1990s.

Buck’s office would not comment on whether he supports HR 1078, but he cosponsored another bill that would instead automatically provide citizenship to children born to service members that are stationed abroad.

In August, the United States Citizenship and Immigration Services (USCIS) redefined the meaning of residency, requiring children of service members born abroad to apply for citizenship like any other foreign-born individual.

Enlisted service members, Izaguirre said, are often less educated, have less money, and more willing to be on the front lines.

“We have this sort of theme kind of running through our immigration system that is, if you’re poor and less educated, we’re more willing to take risks with your safety and your security,” she said.

“I just feel like we were more than happy to take them as soldiers when they weren’t citizens– we appreciated their service, we allowed them to serve, and yet, you can’t break the promise that you made with them just at the point of them leaving service,” Izaguirre said.

As an active member of the American Immigration Attorneys Association’s Military Assistance Program, Izaguirre said that the group often does pro-bono work to remove the stigma for soldiers and their family members in need of immigration assistance.

“When you’re in active duty, nobody wants to be different. Nobody wants to stand out,” Izaguirre said. “You don’t necessarily want to talk about your immigration status. So there might be services available to active duty members that are not available once you separate from the service.”

Often, drug violations or a domestic abuse charge can be a one-way ticket to removal proceedings for immigrant veterans. There are waivers, or “special relief,” to stop a removal. One solution, Izaguirre suggested, is to allow a soldier to apply for citizenship and be naturalized around the same time that they complete their basic training.

“You really need to stay faithful to them the way they stayed faithful to us, even though they weren’t citizens of our country,” Izaguirre said.

CORRECTION: This post initially stated that Neguse asked how long it took for the federal government to approve a citizenship application for non-citizen veterans. In fact, Neguse asked about the time it took for a service member to receive a response to a request for certification of honorable service in order to submit their citizenship application.