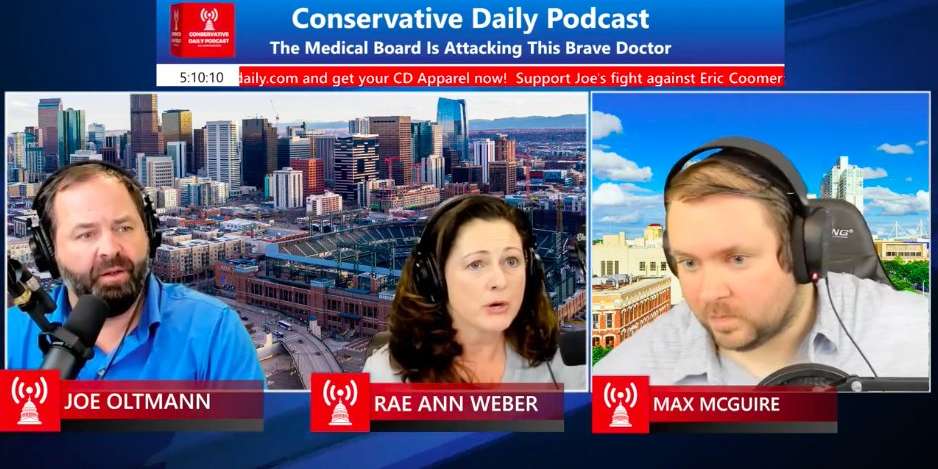 El Paso County Coroner Dr. Leon Kelly very nearly missed the ballot for the November 2022 ballot, thanks to what he says was intentional “manipulation” of the assembly process in El Paso County.

“We have a candidate who didn’t announce until two days before the race, essentially with no experience and no training, and came to the race with two-thirds of the audience already knowing she’s running,” says Kelly of challenger Dr. Rae Ann Weber, an osteopath and FEC United board member whose 2021 school board run included arrests for trespassing. “She hadn’t announced publicly, she was essentially a surprise candidate for everybody else, but not for that slate that’s running altogether.”

This pool of candidates has campaigned together, frequently appearing at events as a slate, including a Feb. 25 (non competitive) candidate forum hosted by El Paso County GOP Chair Vickie Tonkins, who reminded the crowd no less than three times that her presence was not an endorsement.

“I think there were very few votes that were up for grabs there in that room,” said Kelly of the assembly. “I think the party leadership right now — for every single race — is favoring one particular slate of candidates. They’ve made that very clear, this isn’t a fair race. The party’s behind one group, and the rest of us know we’ve got an uphill battle to climb and we need to reach out to old school Republican voters who have been there for us for a long time and certainly those unaffiliated voters who get the opportunity to have their say in the election process.”

Tonkins was formally chastised by Colorado GOP Chair Kristi Burton Brown, herself a former president of FEC United, in a Jan. 30 letter regarding to incidents of “improper” conduct as El Paso County GOP Chair.

“First, at the January 10, 2022, meeting of the El Paso County Executive Committee, Chairwoman Tonkins approved an agenda item and allowed the presentation of a scorecard that rates Republican legislators with letter grades based on very specific criteria considered by an outside organization, but not readily known by everyone viewing the scorecard,” wrote Burton Brown. “The presentation of this scorecard with its letter grades, combined with specific comments about how legislators should behave offered by Chairwoman Tonkins, gave the impression that she opposed some Republican legislators and supported others – an action that is improper during the primary.”

During this election cycle two incumbents, Rep. Tim Geitner (R-Monument) and Rep. Shane Sandridge (R-Colorado Springs), announced they would not be seeking reelection. Incumbents have faced intense scrutiny from the FEC United wing of the party. Geitner was mentioned by name during a Feb. 15 “caucus training” featuring the FEC United slate of candidates at Fervent Church in Colorado Springs.

Burton Brown also chastised Tonkins for a donation — which is now part of a campaign finance complaint — the El Paso County GOP made to FEC United, which has a militia arm, the United American Defense Force, that may be illegal.

“Second, the State Executive Committee finds that it was improper for Chairwoman Tonkins to use county funds to contribute to FEC United,” wrote Burton Brown. “It is the State Executive Committee’s understanding based on the materials submitted by petitioners that FEC United is a 501(c)(4) organization that takes sides in Republican primaries, particularly in El Paso County. Since county officers are bound by primary neutrality – both in their own bylaws and according to Article III, Section C of the CRC Bylaws, a county party may not donate to an outside organization that is actively opposing or supporting specific Republican candidates during the primary. Doing so is a violation of primary neutrality requirements.”

Oltmann, the founder of FEC United and host of Conservative Daily, was direct about the role his organization played in Saturday’s events.

“People that have signed the pledge to stand up for the American people to go back into their community and do the bidding of the people within their community, and to walk away from special interests. We literally swept the entire deal. Now, part of that is that we were able to put people into delegate positions and do that. It’s common sense. The reason why we were able to do it and the way that we were able to do it is most people actually want what’s best for other Americans. This is just another litmus test of what they’re trying to put in front of us with these radical pieces of trash that are trying to transform our entire society and make your kids victims of some sort of gender confusion. The way we get back to it is we just take it back.”