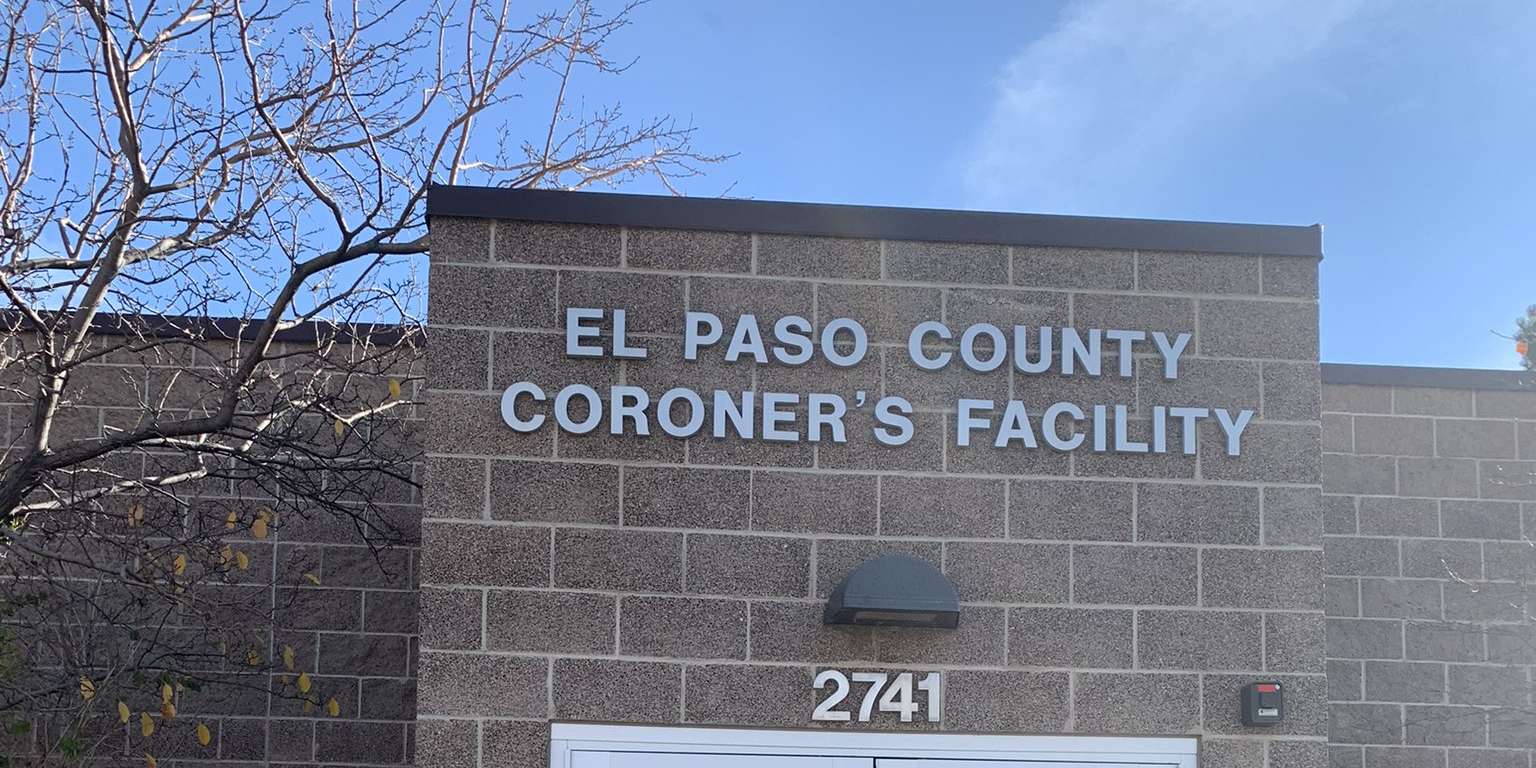 For voters who haven’t paid attention to the ongoing drama in the El Paso County Republican Party, the fervor and turmoil of the 2021 school board elections, and the growing influence of the far-right political activist group FEC United, Saturday’s Republican Assembly, which selected the candidates to appear on the ballot for the June primary election, was probably something of a shock.

Across Colorado, but particularly in El Paso County, incumbents and long-time Republicans, like Rep. Mary Bradfield (R-Fountain), were shut out at the assembly, with delegate votes going to newcomers and extremist candidates.

Evidence of the depth of the potential impact of this right-wing takeover of the Republican Party by gun-toting, COVID-denying election conspiracists can be found in the Republican primary race for El Paso County Coroner.

“I’ve served this community as a forensic pathologist for the past 14 years with the core value that this position, while elected, should never be partisan,” said sitting El Paso County Coroner Dr. Leon Kelly during a March 20 Facebook video. “We serve our citizens and their families during the most tragic days of their lives, and in helping thousands of grieving families, I’ve never once been asked my party affiliation. This position is one of empathy, compassion, service and unbiased, objective scientific fact. Yesterday I paid the price for that. I came within two percentage points of being eliminated from reelection by a completely unqualified far-right political activist. The only thing that saved our community from a total collapse of competent and incorruptible death investigation was the support of our prior and current district attorneys, who spoke about the importance of a qualified coroner, and the courage and wisdom of those Republicans who weathered a very hostile crowd and voted based on actual qualifications. They truly saved our city from catastrophe yesterday, and I can’t be more thankful. While a manipulated county assembly is in no way reflective of the party and our community. Me and reality certainly took a beating yesterday, but life’s not about what happens to you, but how you respond, so I’ve got a lot of work to do. As the saying goes, you come at the coroner, you best not miss.”

During the assembly, Kelly was challenged by Dr. Rae Ann Weber, an osteopath who is an FEC United board member.

Weber ran an unsuccessful bid for Cheyenne Mountain School District 12 Board of Education in 2021, during which she was restricted from district property in September due to her conduct at an Aug. 30, 2021 Board of Education meeting in which she was arrested and charged with trespassing by the Colorado Springs Police Department. Weber has been a recurring guest on the Conservative Daily podcast, where she spread COVID-19 misinformation and questioned the efficacy of vaccines, and then later appeared to discuss the complaint filed against her with the Colorado Department of Regulatory Agencies for spreading COVID-19 misinformation.

At stake is an office that will affect not just El Paso County, but much of Southern Colorado.

“The most important thing is to remember is by state statute, by our constitution, what the coroner’s job is, and that job is to investigate all sudden, unexpected or violent deaths — deaths that involve law enforcement, deaths that constitute a public health or safety threat,” says Kelly. “It’s about investigating deaths. As a forensic pathologist, that is what my medical specialty is. I run the largest [coroner’s office] in the state of Colorado, the busiest office. We cover not only El Paso County, but a third of Colorado’s counties. We do 21 other counties. We’ll probably do about 1,600 autopsies this year, from all those places combined. We’ll investigate probably between 6,000 to 7,000 deaths in El Paso County this year. Now we’re being asked to put our faith in this individual who has never investigated a single death in her entire career, who has absolutely no experience, training or expertise in any field of forensics whatsoever. That’s entirely what the job is, applying forensics to medicine, investigating deaths.”

Those death investigations are often used in criminal proceedings, to prosecute murderers and other violent offenders.

“We work very closely with the coroner’s office on homicide cases, and they also weigh in on non-homicide cases,” says 4th Judicial District Attorney Michael Allen, who nominated Kelly for coroner during Saturday’s assembly. “If there’s a particularly violent attack pattern where there’s not a death, sometimes we’ll ask them to take a look at it and give us an expert opinion. They’re very helpful in that way too. They work closely with us on our most serious cases that we handle here in the 4th Judicial District, and they do a wonderful job for us, thanks to the direction of Leon Kelly.”

Kelly not only serves as the elected coroner but also wears a number of different “hats” within the office. “What the coroner actually has to do in El Paso County, is to investigate and oversee the investigation of thousands of deaths,” he explains. “My staff, I have five full-time forensic pathologists in addition to myself, and then I have six part-time forensic pathologists. These are all board-certified doctors. Then I have 10 death investigators. These are people — half of them have master’s degrees in forensic science, and they have to take a test — the American Board of Medical Legal Death Investigators — and then our office is the only one in the state that has an in-house toxicology lab, so I have four toxicologists. I act as the medical director, because I’m board-certified in clinical pathology, which is the laboratory sciences side of pathology. Because I am board certified in anatomic, clinical, and forensics it means that one person is able to be the boss of all the doctors, all the death investigators, the toxicology lab, and also I do my own autopsies.”

As with El Paso County Clerk and Recorder candidate Peter Lupia — whose platform to remove Dominion voting machines and hand count ballots during elections, which would cost taxpayers an additional $400,000 to $600,000 per election — Weber’s election to the coroner’s office would have consequences.

“It would have some wide-ranging impacts, some we don’t necessarily know about as we sit here today,” says Allen. “First and foremost it would take away the expertise of having forensic pathologists working in that office. Dr. Kelly, by himself, has years of experience and has testified in hundreds of cases as an expert witness on cause and manner of death on our homicide cases, so losing him, just by itself, would be a huge impact. The budgetary impact, I think, would be substantial. If the office didn’t have any forensic pathologists on board they would have to contract with independent doctors that are forensic pathologists to come in and do the autopsies, and that would increase, substantially, the budget to the coroner’s office.”

Kelly breaks down the numbers. “What happens if you have someone who is unqualified to do all those things?” he asks. “The elected coroner, such as Dr. Weber, the only meaningful job she can do in the office is manage the budget. She is unqualified to supervise any of those other people, and she can’t run the toxicology lab because she’s not trained in any field in forensics. What would have to happen is one of two things. Either she would then have to hire a chief medical examiner — which is the job that I also do — so you would have the coroner’s salary which is $120,000-something based on statute, and then you’d have to turn around and pay a full salary to a chief medical examiner. You may have to then go out and find another doctor, who also has to run the toxicology lab, because your chief medical examiner may not have the qualifications to do that, whereas I do. You’d be paying an elected coroner $123,000 to do almost nothing, because there is very little in the office, other than some administrative tasks, that she’s able to do.”

Kelly notes that the coroner’s salary isn’t the only expense. “It would probably cost the county somewhere between $125,000 up to maybe $200,000, $250,000 in addition to what we’re paying right now,” he says. “That’s only if every doctor in the office agrees to stay to work for a nonpathologist. The reality is, in a coroner system, it’s unlikely that any of those doctors would stay, and if those doctors leave the county then it has to privately contract with forensic pathologists. As you know, contractors cost much, much more. The going rate right now is about $1,500 for a simple autopsy. Now you’re going to take $1,500 for every single autopsy that is done, and now we’re talking about massive amounts of money that the county is going to have to pay.”

Additionally, the El Paso County Coroner’s Office currently generates revenue by providing services to other counties. “All of that money goes away as well,” says Kelly. “In total, you’re potentially talking about costing the county a million dollars additional to run this office. It will be, at the end of the day, extremely costly.”