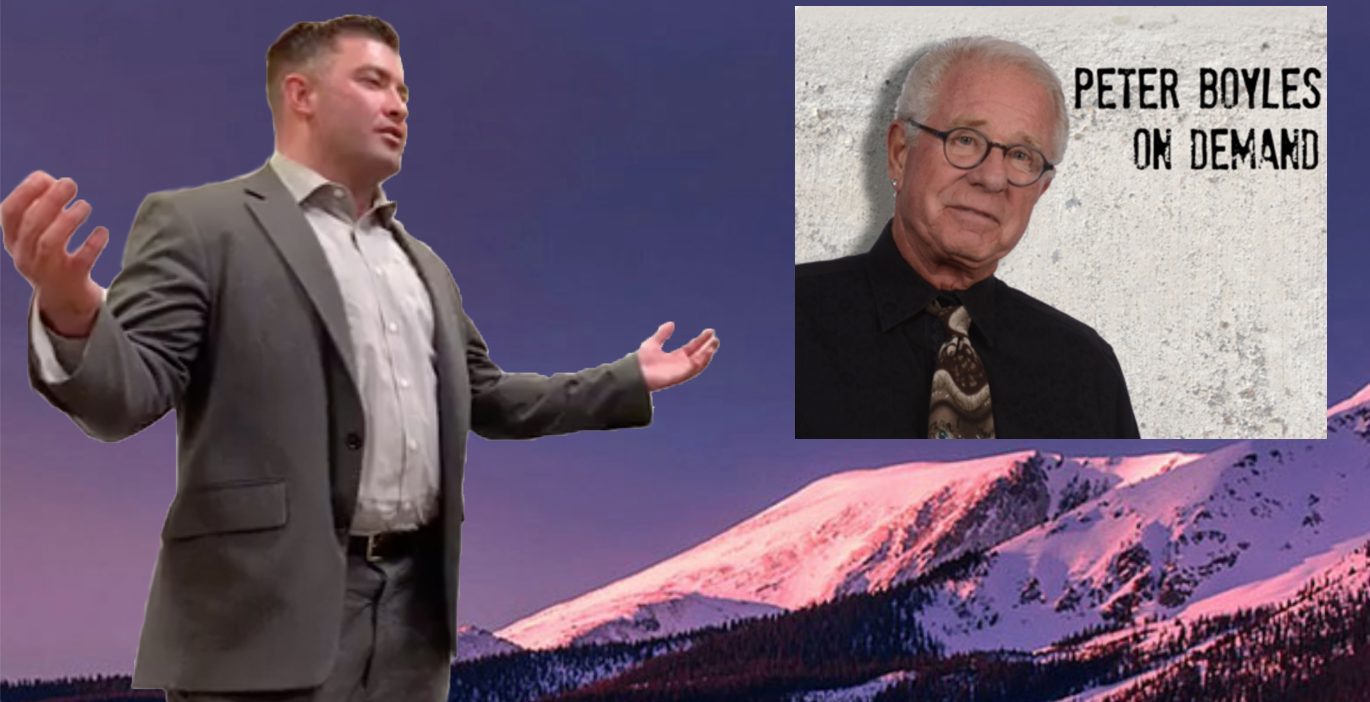 Yesterday’s interview focused on Neville’s continued support of the House Republicans’ failed amendments to offer thanks to Jan. 6 insurrection protestors, support to Mesa County’s conspiracist Clerk Tina Peters, and to officially “call into question the legitimacy of Joseph R. Biden to be President.”

Neville defended the amendments despite acknowledging to Boyles that he hasn’t seen any proof of election fraud from the 2020 election. He nevertheless believes fraud sufficient to overturn the election results may have occurred in other states, though not Colorado, and pushed for more investigations. He specifically mentions the possibility of forged signatures and hacked voting machines, both of which are conspiracy theories that have already been debunked.

Neville also repeated Clerk Peters’ unsubstantiated allegations that the Colorado Secretary of State’s office deleted thousands of files from Mesa County voting machines, a claim disputed by the SOS office and the Colorado County Clerks Association. These allegations didn’t originate with Clerk Peters or Rep. Neville, but rather with members of a QAnon-linked election fraud conspiracy group, the U.S. Election Integrity Plan, the leaders of which are now working for Mike Lindell, the pillow magnate who has poured millions into perpetuating the Big Lie.

Neville’s willingness to perpetuate election fraud conspiracy theories highlights the stark contrast between the “Big Lie” wing of the Colorado Republican Party, which among others includes state Reps Ron Hanks, Dave Williams, and Kevin Van Winkle, and a smaller group of caucus members who either voted against the pro-conspiracy amendments or have since expressed regret for their previous support.

Boyles makes it clear that while he rejects the Big Lie, he still considers Neville and Williams good friends. His frustration, however, isn’t only about the misguided beliefs held by people he cares for, but also the damage he predicts their claims will do to the Republican Party’s chances to succeed in November. He repeatedly affirms his desire for the Colorado GOP to win, before begging Neville to stop focusing on an issue he believes will turn off moderate voters.

“You will lose because you’re saying crazy stuff,” said Boyles. “Middle of the road voters are going to run from you like a striped-ass ape. I mean, why support the amendment about fraud when you say there is no fraud? Listen, I want I want you to win.”

After Neville continued to insist that pushing for more investigations into the 2020 election will reassure voters that American elections are secure, Boyles asked the former House Minority leader point-blank if he believes the issue will benefit his party politically.

HOST BOYLES: Is this going to help you win?

PATRICK NEVILLE: Yes. I think that if we had an actual look at this and people felt more confident in our election system than they feel now, it would help us win.

HOST BOYLES: 250 audits said it was legit. 86 judges, many of them Republicans, some appointed by Donald Trump, said “No.” Cyber Ninjas folded the tent. I don’t know what more you need, but I guess you need more. And Patrick, it’s going to destroy what you believe in.”