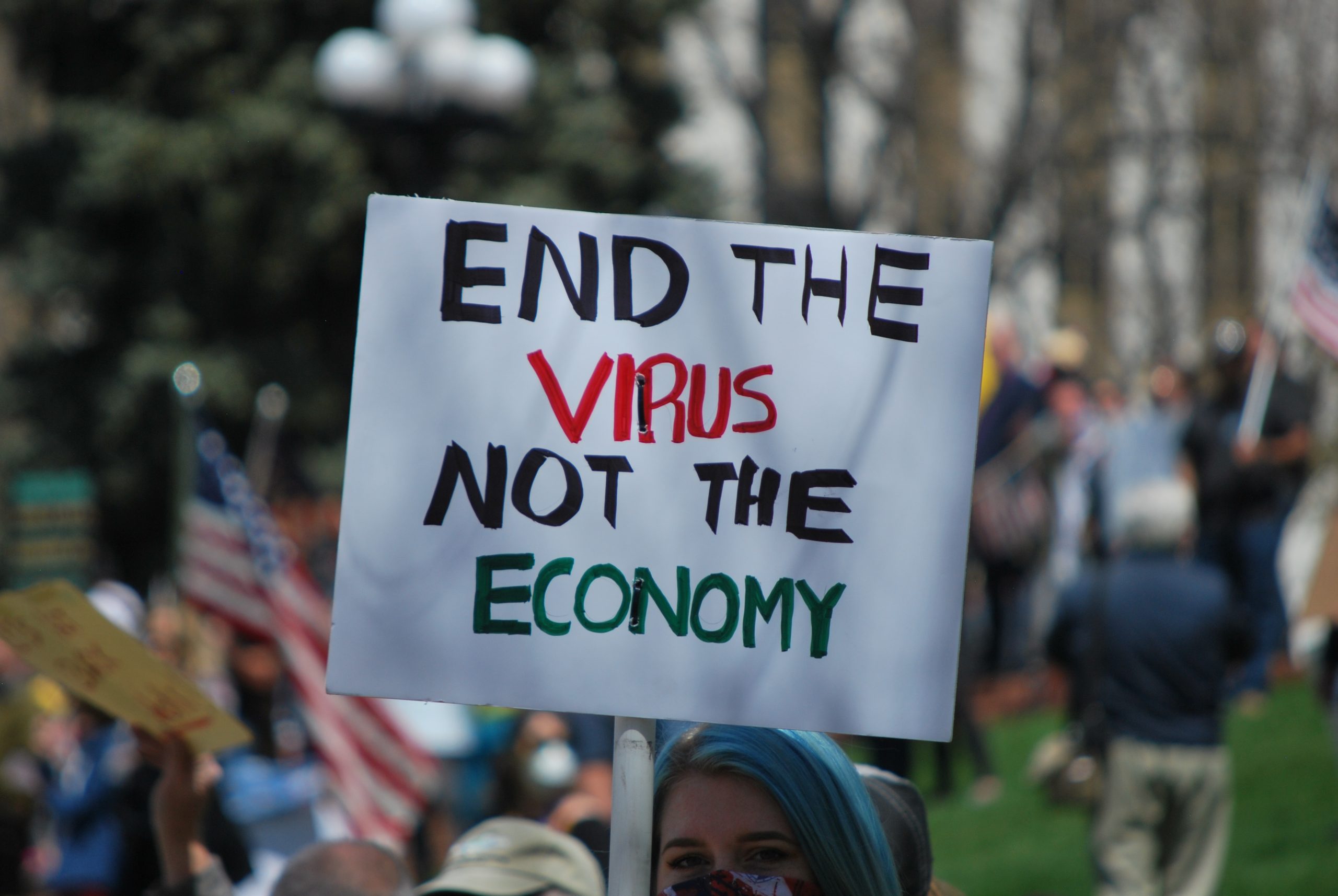 On Saturday, there was supposed to be an anti-social distancing rally in Arvada’s Ralston Central Park. But it never happened.

By that night, one of the organizers had left the state altogether.

“I have decided to spend a few days at my [vacation] property in Nebraska to try and wrap my head around things,” Mike Fredricey, one of the rally’s organizers, said via email.

Fredricey, who owns Titan Electric in Wheat Ridge, intended to “step back and focus on my family while I ponder what comes next and observe progression of both the disease and economic activity.”

While he acknowledged the need to, “write diligently” about this “important time in history,” for “posterity,” he eventually backed out of the phone interview he initially agreed to.

By the event’s scheduled start time of 1:00 pm, the Facebook event page used to organize it had been deleted.

Prior to canceling it, the organizers took a clear libertarian stance.

The organizers took particular issue with Gov. Jared Polis’ now partially-reversed stay at home order, which they deemed “unlawful.” Still, they acknowledged the reality of the coronavirus and that some potential protesters would be nervous about gathering in large groups.

So, the group decided to collect donations and gift cards for front-line healthcare workers and ensured protesters they would be free to participate from a safe distance with masks or from their cars.

For weeks, the rhetoric from the local GOP branch in Jefferson County — which contains most of Arvada and Wheat Ridge — was clearly in favor of re-opening Colorado as soon as possible.

But nobody answered the phone at the Jefferson County Republican Party’s office on Monday during their regularly scheduled weekday hours of 10:00 am to 2:00 pm.

“The office is staffed as volunteer availability allows,” their website said.

Still, the group’s Facebook page shared two articles on Monday morning and plenty of anti-social distancing content in the days and hours leading up to the cancelled Arvada rally. The organization seems to be working from home.

Last week, the page shared a Polis-bashing picture from the anti-social distancing rally that happened at the state capitol.

The next day, the it decried Facebook’s decision to remove pages organizing protests to re-open various states.

“A foundational principle for Republicans is personal liberty,” the page said. “Looks like the City of Wheat Ridge is at the other end of the spectrum.”

Their advice was that “This would be a good time to stay out of Wheat Ridge!”

On Saturday, about an hour before the Arvada rally was scheduled to start, the page shared screenshots of the Jefferson County Public Health Department’s form for reporting a violation of the stay at home order.

“Jeffco now has its own SNITCH line,” the post said.

That statement, however, is at odds with the party’s own policy position. As part of its 2020 platform, passed by its members within the last month, the Jefferson County Republicans affirm “the role of government to protect public health and safety, including the management of the homeless population.”

The same document says the group “rejects the establishment of a single-payer health system and will defend the rights of individuals to seek healthcare of their own choosing.”

Fredricey’s Titan Electric has re-opened in line with Polis’ push to begin doing so statewide, but it seems the Jefferson County Republican Party has not opened their office yet.

At the very least, they’re not answering the phone.