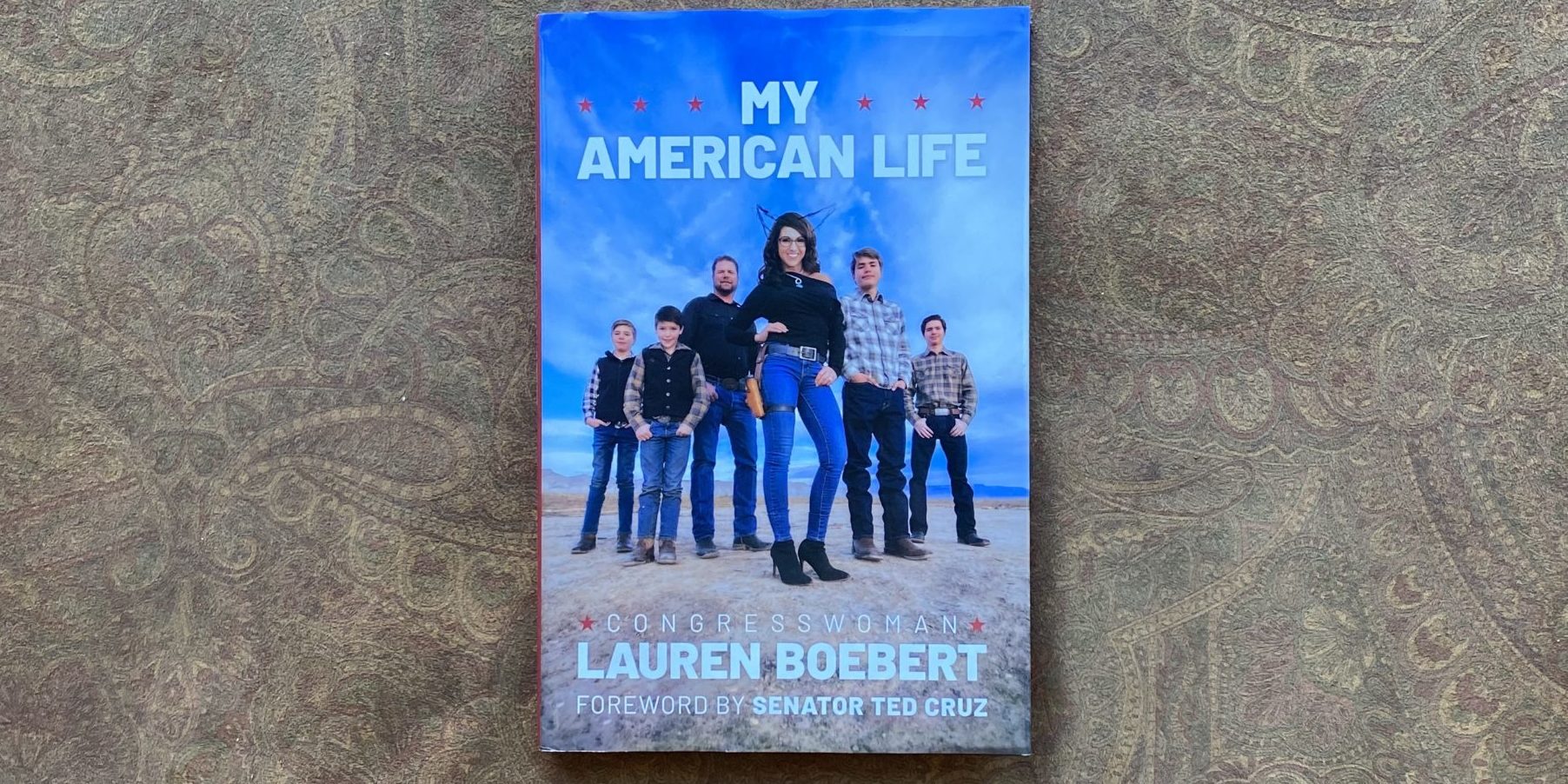 You get a sense of what’s coming in U.S. Rep. Lauren Boebert’s (R-CO) new book, My American Life, when the jacket cover brags about her voting to “oppose the presidential electoral certification.” And a blurb from Trump promising that after “reading her story, you will love her as much as I do.”

That’s a big clue that you shouldn’t read this book.

And sure enough, there’s nothing in it for you, trust me, including the forward by Texas Sen. Ted Cruz, who writes that America “needs more representatives like Lauren.”

No one in their right mind would arrive at that conclusion after reading this memoir.

Boebert uses her own life story — massaged with misrepresentations — to glorify some of the worst aspects of American culture, business, and politics.

Her job at McDonald’s is presented as her proof that all you need to do is work hard to succeed in America — even if you drop out of high school like she did. And later when she was working at an energy company, she didn’t need six weeks of parental leave. She was happily back at work after four weeks. “I’m sure Pete Buttigieg will be disappointed,” she writes.

The intense pain of her teen marriage, widely documented, is downplayed instead of used as a warning. “Love at First Sight” is the title of the chapter telling the story of meeting her boorish (and troubled) future husband when she was behind the counter at McDonald’s and he came in for a burger. “What are we doing later?” were Jayson Boebert’s first words to Lauren, who was 17 years old.

Her persistent struggles with her restaurant are also widely documented, but you’d think from reading this volume that she had the business brilliance of Henry Ford.

She actually writes that she was “hit” with a “flash of genius” when she had the idea to “name a restaurant in the town of Rifle, ‘Shooters Grill.'” She later added guns to the hips of her waitresses, even at least one teenager — a PR move that exemplifies Boebert’s true skill — but the place still barely survived and is now closed.

She downplays and misrepresents her multiple arrests, even dedicating a short chapter to an incident at the Country Jam music festival in Grand Junction where she encouraged underage drinkers, detained by police, to flee custody. Her account of her confrontation with police is almost completely at odds with police reports, which describe her this way: “Lauren continued yelling and causing the underage drinkers to become unruly.”

It’s worth your time to read the entire text of the police report here. You won’t believe that she has the hubris to present herself in this book as coming to the rescue of one young woman who was, as Boebert alleges, “aggressively grabbed” by police.

Her overall characterization of her Country Jam arrest is, “Most people around here know someone who, at some point in their life, has been arrested at Country Jam. In that environment, stuff happens that usually makes for an entertaining story down the road.”

That’s the kind of dismissive, defensive justification that I just might have tried on my parents back in middle school, but even I had the good sense not to say something like that.

Boebert’s comments on politics in the book are filled with falsehoods. She denies that she had much interest in QAnon. She again blames the media for falsely reporting that she was a QAnon follower.

“I never paid much attention to conspiracy theories,” she writes. (This is a few pages before she writes about how proud she is to be an election conspiracist.)

In fact, Boebert followed multiple QAnon channels on her YouTube account, which she deleted as her beliefs about QAnon came under scrutiny by journalists.

The book concludes with an homage to unfettered capitalism — and a shout for more ill-defined “market-based solutions” to our problems large and small.

For this reality here and now, a market-based action you can take is to not buy this book. That’s easy enough. And, actually, at this point in Boebert’s PR offensive of a career, you didn’t need to read this review to know that her book is worthless.