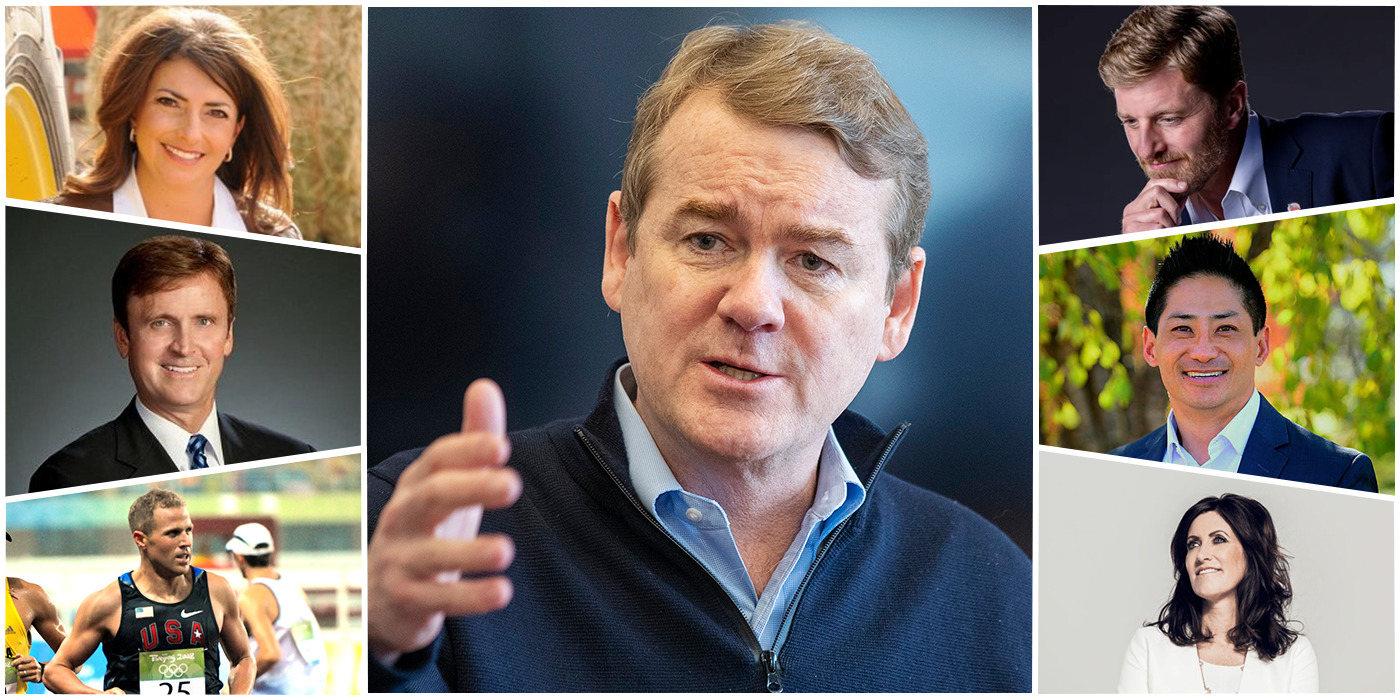 If he succeeds in his 2022 bid for re-election and carries out his full term, U.S. Sen. Michael Bennet (D-CO) would become the longest-tenured U.S. Senator in Colorado history. The Colorado GOP is looking to prevent that from happening.

A Republican challenger to Bennet would have to win over an increasingly blue state that has a particular distaste for Donald Trump. No Republican running statewide in Colorado has won more than 45% of the vote in the last two elections.

“The state has become more difficult for Republicans,” Colorado political analyst Floyd Ciruli said. “And Mr. Trump doesn’t help. I won’t argue universally, but this is one state where he is an incredible net negative.”

So far, only three people have publicly announced their candidacy for Bennet’s Senate seat, but there are rumors of higher-profile candidates who could challenge him.

While the road to unseat Bennet is arduous, Ciruli said there is some hope for Republicans. National Republican groups will be funneling money into congressional races across the country, especially any Senate races that look even slightly up for grabs.

However, it’s not clear that Bennet is vulnerable. University of Virginia’s Sabato’s Crystal Ball lists Bennet’s seat as safely Democrat and a June poll from research firm Global Strategy Group had Bennet leading a Republican challenger 48-40%.

(The poll also asked who voters would choose between Bennet and U.S. Rep. Lauren Boebert (R-CO); Bennet came out ahead 51-38%.)

Of course, before Republicans can measure their candidate against Bennet, they have to pick one to represent their party.

“I definitely think there could be a race, I just don’t see one at the moment,” Ciruli said.

Aadland is an Army veteran from Pine, Colorado, who pursued a career in the oil and gas industry. Aadland only recently registered as a Republican and was inspired to run after attending a candidate training program from America First Republicans (AFR).

Aadland shares Stockham’s belief that the 2020 election was stolen by Democrats. In June, Aadland told the Jefferson County Men’s Club why he was running to unseat Bennet.

“This country is on the brink of being taken over by a communist government and perpetuating their communist agenda. We need to open up our eyes and be very aware of that. That’s what’s happening,” Aadland said. “The 2020 election, it was rigged. Absolutely rigged.”

Speaking with 710 KNUS radio host Peter Boyles on Wednesday, Aadland was critical of government censorship and overreach, calling it a crisis in the United States.

“I took an oath as an Army officer to defend the Constitution against enemies, foreign and domestic,” Aadland said. “I didn’t take an oath to serve a particular man or party. I am serving my country. We need others to do that. We need people to stand up right now. There’s no time to waste. We need to fix the Republican Party, but we need to unite as an American people like we’ve done during other crises.”

In May, Yu told the Denver Post’s Justin Wingerter that he learned a lot from his 2018 campaign and is ready to bounce back against Bennet in 2022.

“The truth is, this isn’t about a Republican winning a statewide race,” Yu told Wingerter. “It’s more about a representative who truly represents the people. We need to stop making it about party affiliation because it doesn’t matter if you have an R or a D next to your name when you go to vote. The reality is, we all have the exact same issues right now. We’re coming off a pandemic and we need to stop playing politics and stop playing the fear game, because that doesn’t help anyone.”

After his 2018 loss Yu started the Future Minds Project, a nonprofit aimed to educate voters and combat identity politics.

Henry, an Army veteran and founder of a Colorado Springs non-profit called Helping Hands Helping the Community, is a political newcomer in Colorado. Henry announced her campaign for U.S. Senate in March.

According to her campaign website and Facebook page, Henry is a strong supporter of 2nd Amendment rights, law enforcement, and supporting the oil and gas industry. Henry also said in a June Facebook post that she turned down a campaign donation from a pharmaceutical company.

Bremer is an Air Force veteran and former Olympian who is, according to Colorado Politics, taking a “very, very, very, very serious look,” at challenging Bennet in 2022. Bremer says he is still undecided, but he did secure senate campaign web domains in February.

In 2011 Bremer was elected as chair of the El Paso County GOP, and in 2016, Bremer worked for the Donald Trump presidential campaign. In December 2020 Bremer was named to a congressional committee studying U.S. Olympic reform by U.S. Rep. Doug Lamborn (R-CO).

Last year, Bremer was at the center of an intra-party controversy when U.S. Rep. Ken Buck (R-CO), then acting as the state GOP chair, demanded Bremer include a Republican state senate candidate on the district’s primary ballot, even though the candidate did not meet the required vote threshold. Both sides threatened lawsuits over the conflict.

“The action they demand I take literally requires me to commit a crime,” Bremer said in April 2020. “This is the position that my party has put me in. The state party has not only commanded me to do something that is demonstrably not legal, they’ve put me in legal jeopardy.”

Ganahl is the University of Colorado Regent At-Large and is the sole Republican in a statewide-elected position left in Colorado.

First elected to the Board of Regents in 2016, Ganahl has been raising her profile in recent months by launching a podcast and an opinion column in the Denver Gazette. Political analysts say she appears to be gearing up for a statewide campaign, either to challenge Gov. Jared Polis (D-CO) or Bennet.

Axios reported that Ganahl is almost certainly going to run for Governor, but Colorado Politics reported that Republican sources have heard she is considering a campaign for U.S. Senate or state treasurer.

Ganahl has dodged questions about whether she will run for re-election to the Board of Regents in 2022.

In 2020, Ganahl endorsed Donald Trump for president and defended a CU professor who questioned Kamala Harris’ eligibility to be Vice President.

Ganahl is also the founder of Camp Bow Wow, a national pet care franchise, and SheFactor, a lifestyle brand for women. Ciruli said that her background could make her an appealing choice for Republicans for any statewide race.

“In terms of her visibility, of holding the only statewide position for Republicans, I think Ganahl checks of a lot of boxes for a party that needs some credibility,” Ciruli said.

Navarro was a Colorado state Representative from Pueblo, Colorado, from 2012 to 2017 but resigned her position to join the Trump administration. Currently, Navarro is the district director for Boebert’s congressional office.

Axios reported that Navarro could run for U.S. Senate, but Navarro has not confirmed her candidacy. On June 15 she did Tweet a screenshot of Colorado Pols’ estimation of the chances potential challengers have to unseat Bennet, which gave Navarro a 10% chance.

“Oh @coloradopols how you underestimate me. Trust me… if I decide to run your percentages are way off, but as for now I’m honored to work for @laurenboebert,” Navarro tweeted.

Ohhhh @coloradopols how you underestimate me. Trust me…if I decide to run your percentages are way off, but as for now I’m honored to work for @laurenboebert #colopolitics #cologop #gop pic.twitter.com/l3LZVrlE8Z

Caplis is a personal injury lawyer and a conservative radio host for 630 KHOW in Colorado.

Caplis has a long history of touting his desire to run for public office in Colorado, and he’s been accused of floating his name as a possible candidate simply to get attention.

Caplis said he was considering running for U.S. Senate in 2008 and in 2016, to challenge Bennet, but ended up not running. Both Axios and Colorado Politics have reported Caplis is considering a 2022 Senate run.

Caplis is a Trump supporter and is pro-life.