Republican County Chair Jokes about Obama Being a Monkey 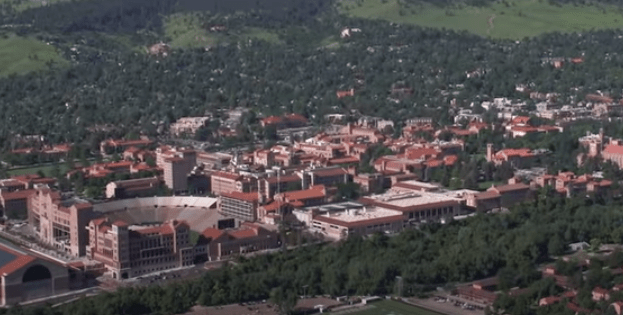 Eastman, who’s also a professor at Chapman University and an attorney, captured the media spotlight in August after penning an op-ed for Newsweek speculating that Vice President-Elect Kamala Harris might not be legally qualified to be vice president, as her parents were technically visiting the U.S. at the time of her birth–a debunked argument that fans the flames of the “birther” conspiracy: the theory that former President Barack Obama was not born in the U.S.

Eastman then made headlines again when it was announced that he was representing President Donald Trump–who used Eastman’s op-ed to further spread fake news that Harris is ineligible to be Vice President–in a voter fraud lawsuit in Texas, which was rejected by the U.S. Supreme Court after being panned as an assault on American democracy.

The Benson Center, said Ganahl, teaches students about “the beauty of western civilization and the history.”

“We bring a visiting scholar or two to the campus who has a different point of view than most of the faculty at CU,” Ganahl said.

“There are fantastic folks who come in,” said Ganahl. “Right now, it’s Dr. John Eastman, who’s riling some folks up.”

When Kaminsky asked if CU could punish the Benson Center’s right-leaning agenda by defunding it, Ganahl assured him that it’s private funding prevent that from happening, but that there is “pressure” on the Benson Center in other ways.

“Dr. Eastman’s gotten a lot of heat for some very controversial views he has, and so I think the pressure will be there in other ways,” Ganahl told Kaminsky.

One of Ganahl’s goals as CU Regent is to expand conservative students’ voices on campus.

“We’ve gotta fight like heck to give conservative students on campus a voice,” Ganahl said on air.

“I’d like to see the [student fee money spent on speakers] split pretty evenly between viewpoints,” Ganahl said on the radio. “Let’s bring some alternative views, like a Shelby Steele… Let’s mix it up a little bit. I haven’t been able to get that done.”

Steele, who is African-American, holds the view that black people victimize themselves and that systemic racism does not exist.

“I think the students would appreciate hearing different perspectives. I hope they would,” Ganahl said.

“I’m delighted that [Ganahl] appreciates the need to have more diversity of viewpoint at the University of Colorado Boulder,” Eastman said. “The Benson Center is an extremely important program, therefore, and I would encourage the University community to support it more fully, even by encouraging more students to enroll in its classes and by taking full advantage of the opportunity to engage with its visiting scholars.”

Ganahl speaks passionately about CU and its students, with views ranging from wanting to encourage free speech for students in classes and reduce tuition during COVID to rejecting Title IX to protect young men and refusing to cut athletics while encouraging cuts to student services, as she told Kaminsky.

Ganahl, who endorsed Trump last year and aligns herself with the conservative right in Colorado, is also a member of several extremist social media sites. She was part of a failed campaign to stop Democrats from taking control of the CU Board of Regents, which governs the university, in November’s election.

Ganahl did not respond to a phone message seeking comment.