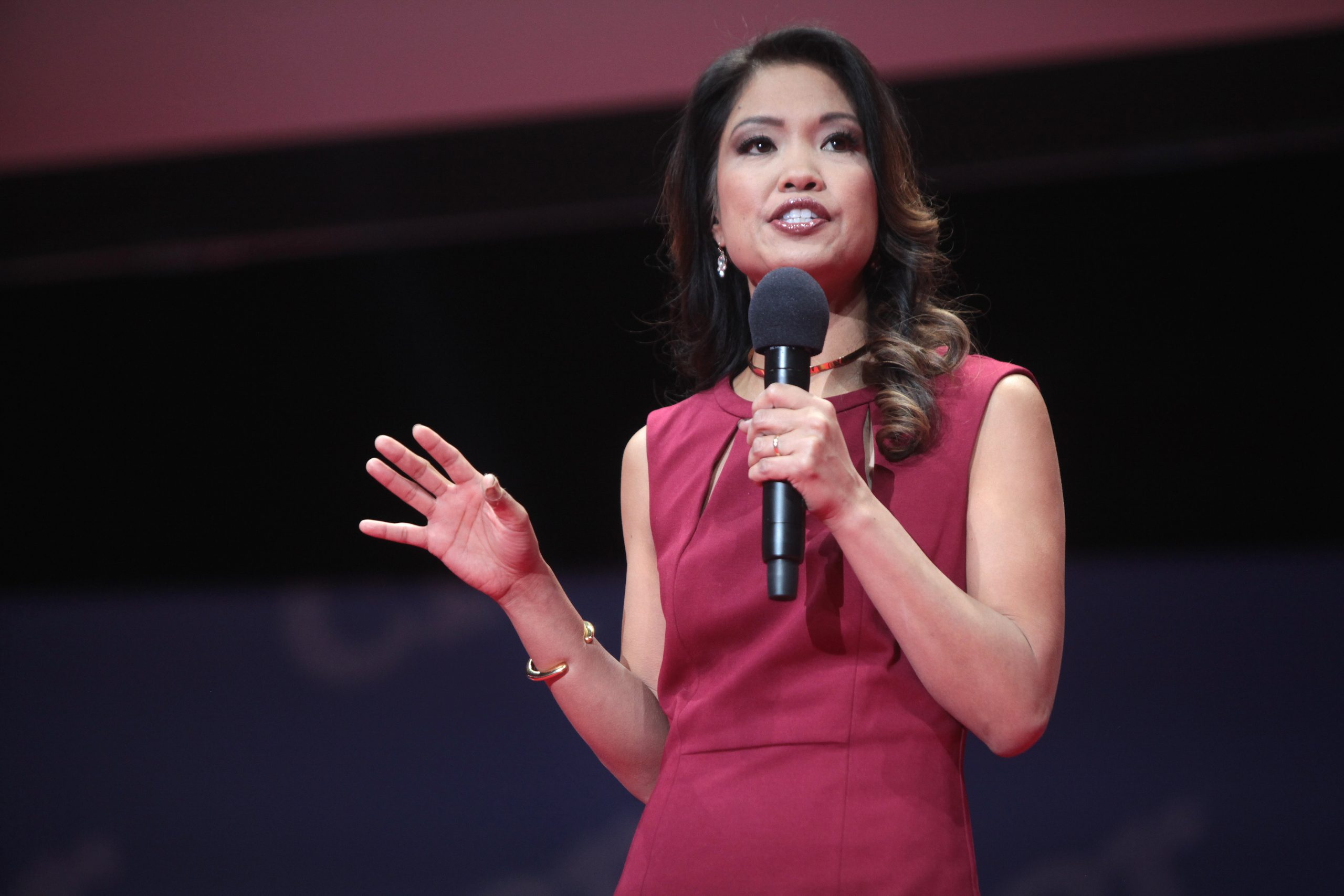 Conservative blogger and former Fox News contributor Michelle Malkin organized a rally in downtown Colorado Springs this past Sunday to “defend our monuments” and protest vandalism against statues.

The rally was in response to recent tagging of the statue of General William Jackson Palmer, the founder of Colorado Springs, with “BLM,” for “Black Lives Matter.”

According to the Colorado Springs Gazette, approximately 100 Conservative activists showed up with noise makers, loud music, and American flags. The Gazette noted that a Black Lives Matters protest taking place nearby drew about 300 supporters. Malkin set her rally’s date to coincide with National Flag Day and President Donald Trump’s birthday, according to its Facebook page.

Malkin believes that the acts of vandalism disrespect the nation’s history and values.

Palmer, she argues, fought against slavery and invested heavily in education for African Americans. Therefore, she finds the protestors’ vandalism of his statue highly irrational.

“What’s really insane is you see so many statues and monuments targeted by the forces that want to cancel America, and it makes absolutely no sense,” said Malkin.

She also criticized the Black Lives Matter protests in general.

“We have all watched cities burn, businesses looted, cops shot and murdered, innocent people bullied, harassed, and beaten over false lies and insidious narratives. The sowers of terror and division have kept too many cowering…and caused far too many to bow before cultural Marxists,” wrote Malkin in a Facebook post.

“The protesters are trying to destroy everything upon which this country is founded,” Corporon said on air Saturday.

However, news reports from The New York Times, The Economist, and Washington Post refute these claims of rampant violence, all stating that the protests “have been overwhelmingly peaceful.”

“These attacks show how deeply white supremacy is rooted in our national structure — that we need to question everything about the way we understand the past, in order to get to a better future,” art historian Erin L. Thompson told The New York Times in an interview.

“There have been decades of peaceful protest against many of these statues, in many cases before the statues were even erected — which have come to nothing. So if people lose hope in the possibility of a peaceful resolution, they’re going to find other means.”

Malkin has long pushed for a more vocal strategy for the Republicans and urged conservatives to speak up. However, her public support of white nationalists, and Holocaust denier Nick Fuentes in particular, has led many Republicans to reject her as simply racist.

“I am tired of people who are cowardly and unwilling to stand up and defend these monuments and our legacy,” Malkin said on Corporon’s show.

“It is about standing for law and order,” said Malkin. “It is about defending pushing back very very forcefully, unapologetically, and bravely against people who use violence and fear to suppress our right to freedom of assembly and freedom of speech.”

Malkin believes that conservatives “represent the silent majority” who disapprove of the BLM movement.

At the rally, she urged them to vote, promising a victory in the November elections if “they will only show up.”

“When we have patriots around, the left scatters,” Corporon said.

Once again, this contradicts reports from the mainstream media.

According to an article from The New York Times, Trump’s treatment of the protests made some Republican leaders more hesitant to vote for him.

“Growing numbers of prominent Republicans are debating how far to go in revealing that they won’t back his re-election — or might even vote for Joseph R. Biden Jr.,” the article said.