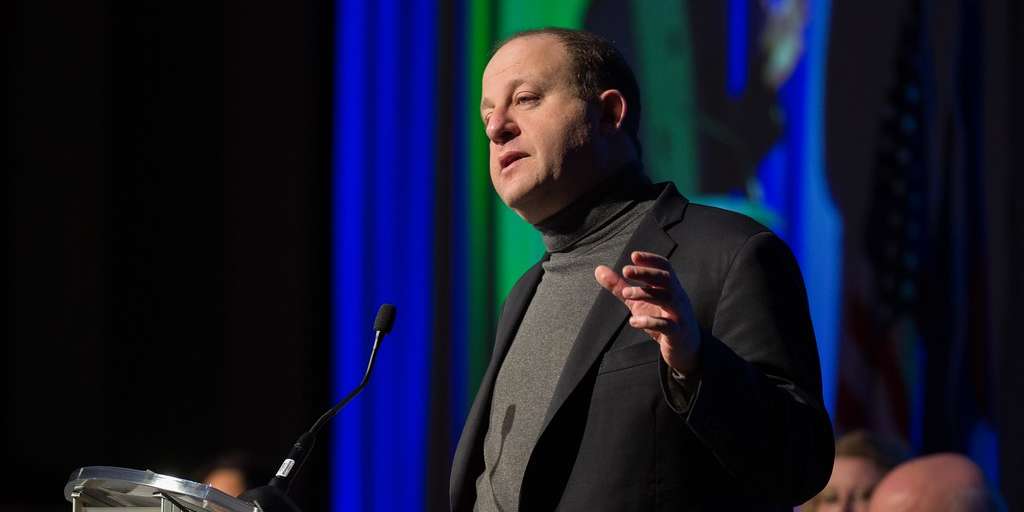 And they’re a massive source of greenhouse gas emissions.

But somehow none of that has deterred Gov. Jared Polis from his cryptocurrency fandom. He’s such a world-class crypto booster that earlier this year he announced during a conference in Denver that Colorado would become the first state to accept crypto for payment of state taxes and fees.

Polis is notoriously libertarian, and the announcement was shaded with paradox — anti-government bias is central to the utopian crypto ideal, but here was the chief state executive promoting the cause by way of the debt constituents owe the government.

But whatever ideological tension tainted the gesture, its potential to adversely influence constituents was the real reason it was misguided. Any Coloradan whom Polis persuaded to go buy cryptocurrency almost certainly paid a price.

Cryptocurrency, including Bitcoin and Ether, is digital money, and transactions using cryptocurrency are recorded on a blockchain, which is a decentralized, permanent ledger. Proponents of crypto tout how it eliminates the influence of states, whose “fiat” currency like dollars are under government’s untrustworthy sway, and corporations, which participate in banking and other financial matters to the detriment of the individual.

It’s clear why libertarians get excited about it, and some critics note that the genesis of cryptocurrency represented an outright attack on the Federal Reserve and the entire state-sanctioned financial system.

“This is libertarians pursuing what they think is perfect ‘Austrian Economics’ and dominating the ‘dirty central bankers’ who have ‘corrupted’ money and finance since the Fed was created since 1913,” journalist Dave Troy tweeted in November about “the crypto attack on the dollar.” He said that crypto activity at the time risked harm to the billions of people who rely on the stability of the current financial system, including anyone with a 401(k). “A hostile assault by a bunch of libertarian fascists is NOT how democracies attempt to deal with shared challenges.”

Troy noted that among crypto’s most visible cheerleaders were far-right Arizona state Sen. Wendy Rogers, a white nationalist ally who has called for political opponents to hang, and Christopher Rufo, who spearheaded the false conservative hysteria over critical race theory being taught in schools.

The far right in fact has a deep affinity for crypto. The Southern Poverty Law Center’s Hatewatch blog reported late last year that white supremacists were early adopters and have made millions, which “represents a sum that would almost certainly be unavailable to them without cryptocurrency, and it gave them a chance to live comfortable lives while promoting hate and authoritarianism.” A fraction of Americans own crypto, but “Hatewatch struggled to find any prominent player in the global far right who hasn’t yet embraced cryptocurrency to at least some degree.”

Polis became a crypto hero when he was a member of Congress. He and former Rep. Mick Mulvaney, the South Carolina Republican who later became acting chief of staff in the Trump White House, founded the Congressional Blockchain Caucus. Polis once penned a satirical letter to federal regulators calling for a ban of the physical dollar, which was his response to a call for a Bitcoin ban on the grounds that it facilitated illicit activity.

He wanted to illustrate that it’s actually greenbacks that drug dealers and other criminals prefer to use. Point taken, but it doesn’t account for the many other reasons a skeptical approach to crypto is wise, particularly by an influential public official like a governor.

Consider its volatility. On Feb. 23, Polis announced through the official governor’s Twitter account that the state would engage a payment provider to accept crypto for state taxes and fees and would be the first state to do so. This was a national story, and it’s impossible to think that such high-level approval didn’t inspire a substantial volume of crypto purchases. Just over a month later the whole market plummeted. By mid-July Bitcoin had lost an astonishing 70% of its value, and the grim picture was similar for other cryptocurrencies.

What about Polis himself? According to spokesperson Conor Cahill, when he was still in Congress Polis once bought $20 in Bitcoin at a crypto ATM, “but he lost the confirmation slip for it soon thereafter and has never directly purchased any cryptocurrency since.”

The administration, however, has lost nothing of its crypto enthusiasm. The system to accept digital money for taxes is expected to go live by early next month, according to a Department of Revenue spokesperson.

Widespread use of cryptocurrencies in some form is probably inevitable, and there is nothing inherently objectionable about digital money itself. It’s in crypto exchanges, uses and creation where the problems arise.

Crypto is minted through an arcane process called “mining” — miners use computers to solve complex math problems, the reward being new crypto tokens. Mining is energy intensive, so much so that as of late last year Bitcoin alone consumed half a percentage point of all electricity used across the globe, with 60% of it powered by fossil fuels. Bitcoin mining eats up as much electricity as the whole country of Thailand, Buzzfeed News reported this year, and more than a third of that energy use occurs in the United States.

That noxious feature of cryptocurrency is not only disastrous for the climate, it also directly counteracts one of Polis’ stated priorities, the reduction of greenhouse gas emissions.

It would be unrealistic to expect Polis to ignore the advent of crypto and not prepare to accommodate its evolution. But it’s reckless for him to unreservedly champion it as if it’s some risk-free alternative to established, stable systems.

This article was originally published at Colorado Newsline and can be accessed by clicking here.