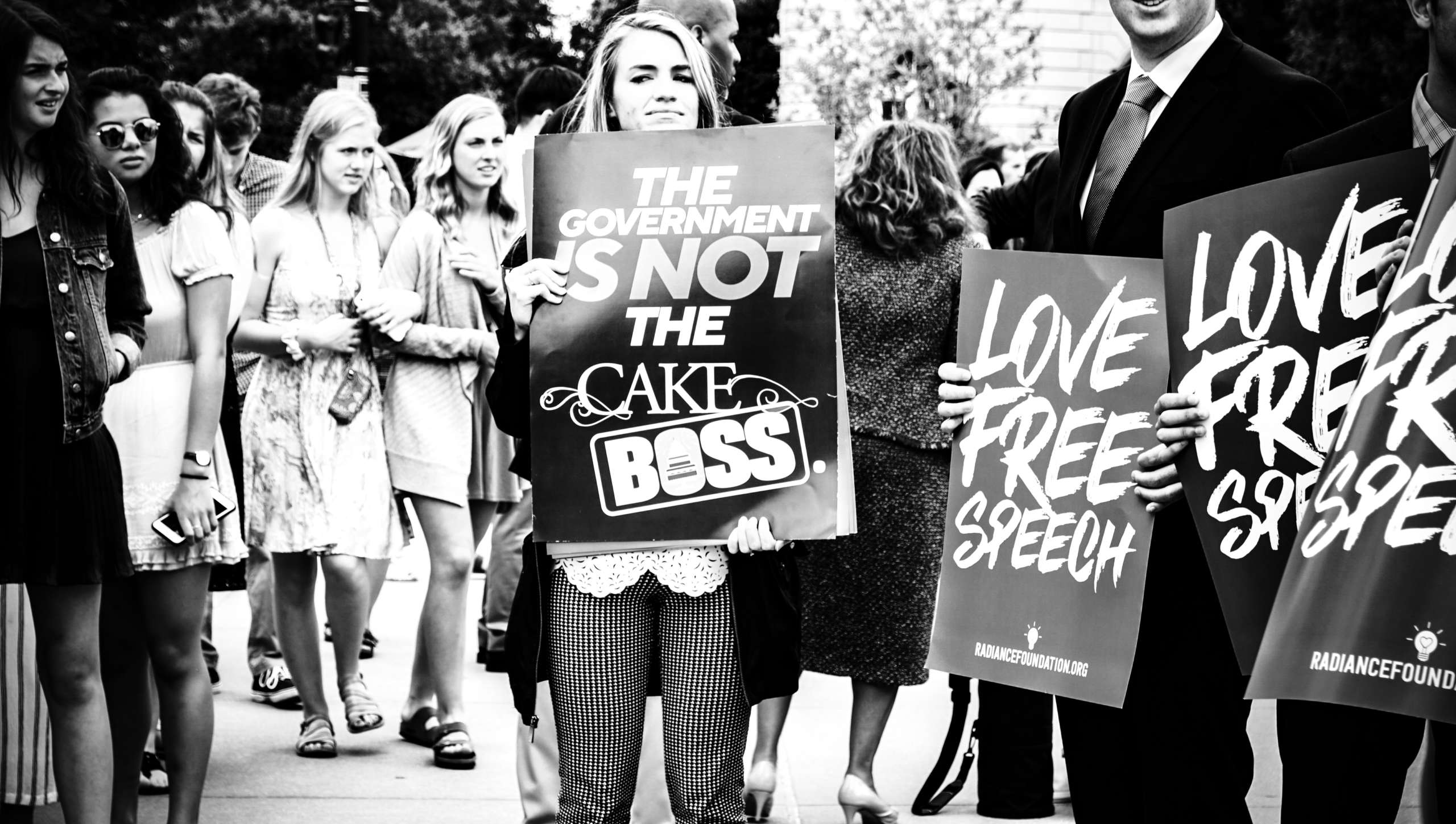 303 Creative LLC, a Littleton-based web design company whose case before the Supreme Court will decide the fate of anti-discrimination laws in Colorado and other states, provided services for some of Colorado’s most extreme conservatives during the 2022 election.

303 Creative is owned by Lorie Smith, who is challenging a Colorado law that bars businesses from discriminating against people based on their sexual orientation or gender identity. Smith first challenged the law in 2016, on the basis that it might one day require her to provide web design services for a gay wedding, which would run contrary to her religious beliefs as a Christian.

Smith’s argument takes care to explain that she is not opposed to gay people themselves, but just to the idea of them getting married. “If a client who identifies as gay asked her to design graphics for his animal rescue shelter … Smith would happily do so,” her petitioner brief says.

The question the Supreme Court must answer is this: where should the line be drawn between public accommodation for minorities and a business owner’s right to free speech? Smith argues that artists should not be required to engage in speech that violates their beliefs. Colorado lawmakers and LGBTQ advocates argue that allowing exceptions to anti-discrimination law for such beliefs would open the door for businesses to discriminate against minorities in general, and not just gay marriages.

“Just because a business serves a customer doesn’t mean they share or endorse everything that customer believes in,” wrote Nadine Bridges, who is the Executive Director of One Colorado, a LGBTQ advocacy group, in a February press release. “The best way to respect those differences is to ensure that all Coloradans are able to go about our day-to-day lives free from discrimination. Businesses that open their doors to the public should be open to everyone on the same terms.”

303 Creative has enjoyed prominence as a vendor among Colorado conservatives for some time. Smith’s portfolio features her record as a graphic designer for multiple CO Republican lawmakers, including former state Rep. Cole Wist and state Rep. Kim Ransom.

Also on that list is state Sen. Kevin Van Winkle (R-Highlands Ranch). In 2020, Van Winkle promoted a “Standing for Trump” petition which alleged that fraud took place in the 2020 election and was covered up by the “establishment media and deep state.” This year, he fought against CO Democrats’ reproductive health bill, falsely writing that it would protect “post-natal abortion.”

Campaign finance filings from this year’s election show 303 Creative as a payee for multiple other political campaigns not listed on Smith’s site. In May, the company was paid $150 by Scott Bottoms’ campaign for state House District 15. Bottoms, a Colorado Springs pastor, is vocally bigoted against the LGBTQ community, and previously denounced teaching students about trans identities as “demonic.”

In 2021, days before he would start his term in Colorado’s state legislature, Hanks attended the Jan. 6 Insurrection, where he crossed police barriers. Throughout his Senate campaign, he continued to claim without evidence that the 2020 election was stolen. He also refused to condemn violence as a means of addressing his false claims of election fraud.

The Alliance Defending Freedom (ADF), which has provided legal representation to Smith, has publicly condemned the Jan. 6 Insurrection. ADF did not respond to a request for comment. This story will be updated with any response received.

Additionally, during his tenure as a state Representative, Hanks made racist comments downplaying the Three-Fifths Compromise as “not impugning anyone’s humanity.”