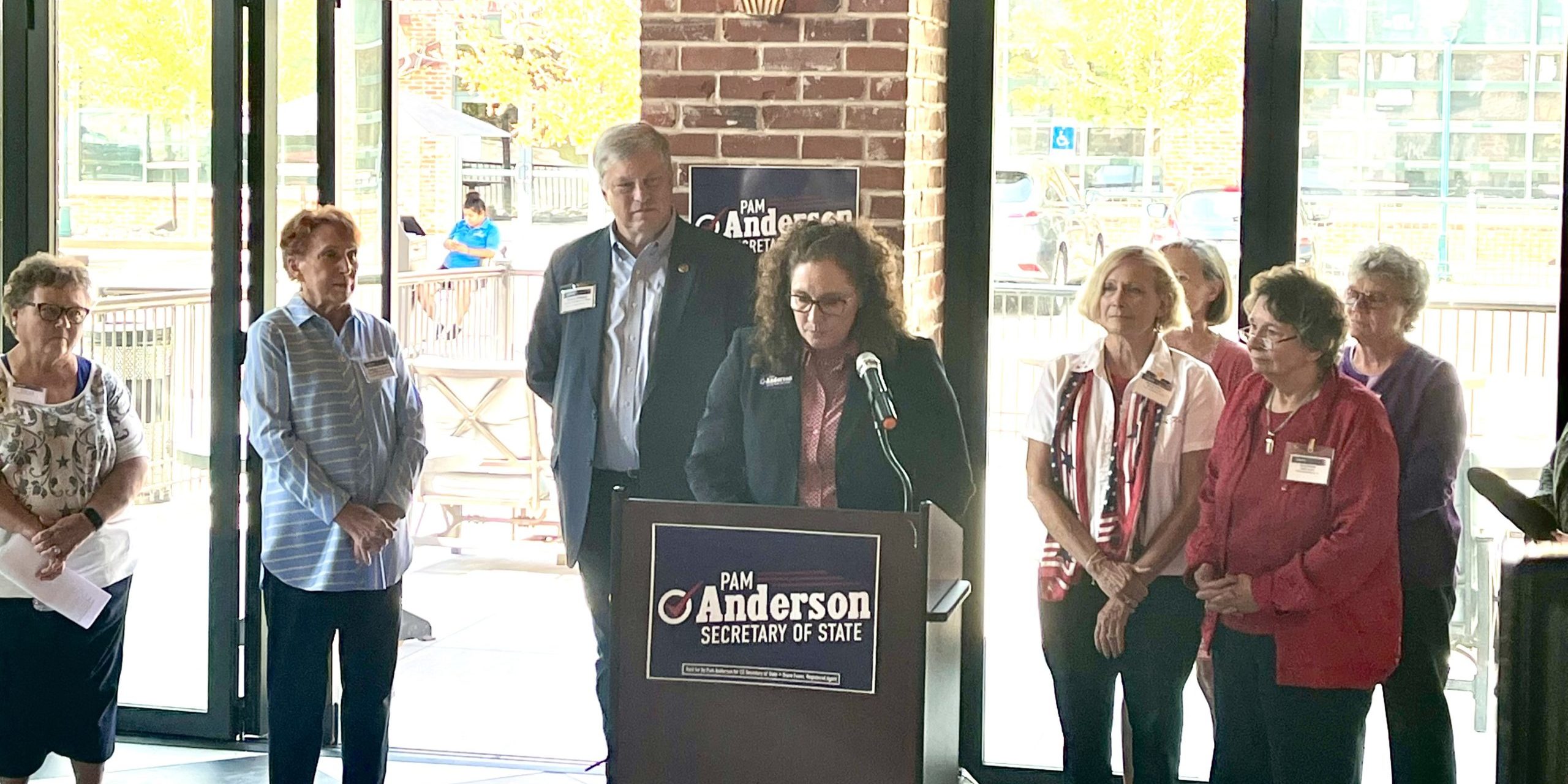 After speaking at a campaign event in Denver last week, Republican Secretary of State Candidate Pam Anderson refused to disclose whether she thinks Donald Trump should run for president in 2024 because, if she wins her race, she says, she would be overseeing the 2024 election, and she does not endorse candidates who might appear on a ballot she is administering.

Colorado Times Recorder: In 2024 would you support Donald Trump as a candidate for President?

Pam Anderson: Absolutely not in the sense that I never endorse any candidates or take a position on any issues that are on a ballot that I’m administering. Not since I was a municipal clerk, a county clerk, or a secretary. I think you’re a referee for the process and you should not engage in the politics.

CTR: Even personally do you have an opinion on him running?

PA: So, we have a constitutional provision when you’re an elected official that you can’t disclose how anyone votes and there’s a reason for that. One: for voter privacy. But also, to make sure that we have fair referees that can’t influence the process.

CTR: So just to be clear, you’re not supporting him not because of his policies but because you might be administering a ballot where he’s one of the candidates?

Donald Trump has been the most prominent pusher of election fraud conspiracies since he lost the 2020 presidential election. These conspiracy theories have been roundly debunked by independent fact-checkers, state and federal courts, and election officials across the country.

In August, Anderson’s opponent and Colorado Secretary of State incumbent Jena Griswold criticized Trump for stoking a war on Democracy in the U.S. by spreading election fraud conspiracies.

People who believe in these conspiracies are running to be election officials in several states, which, according to Griswold, would mean threats to voting rights and “fundamental freedoms,” if these candidates win.

“What we can expect from the extreme Republicans running across this country is to undermine free and fair elections for the American people, strip Americans of the right to vote, refuse to address security breaches, and, unfortunately, be more beholden to Mar-a-Lago than the American people,” Griswold told The Guardian last month.

When asked if she would support Trump running for president in 2024, Griswold’s campaign manager Kyla Sabado provided a statement.

“Donald Trump tried to steal the presidency from the American people,” Sabado said. “Coloradans deserve a secretary of state who will stand up to any threat to our democracy.”

In an interview with the Colorado Times Recorder earlier this month Anderson rejected election fraud conspiracy theories but also refrained from labeling Colorado as a “gold standard” of state election systems.

“Evidence-based elections is what’s important,” Anderson said. “We have not seen evidence of a systemic problem that impacted the outcome of the election. … I’ve never said that any voting system is completely secure, nor are hand-count paper ballots. What you have to do is utilize systems for efficiency, for accuracy, and for accessibility.”