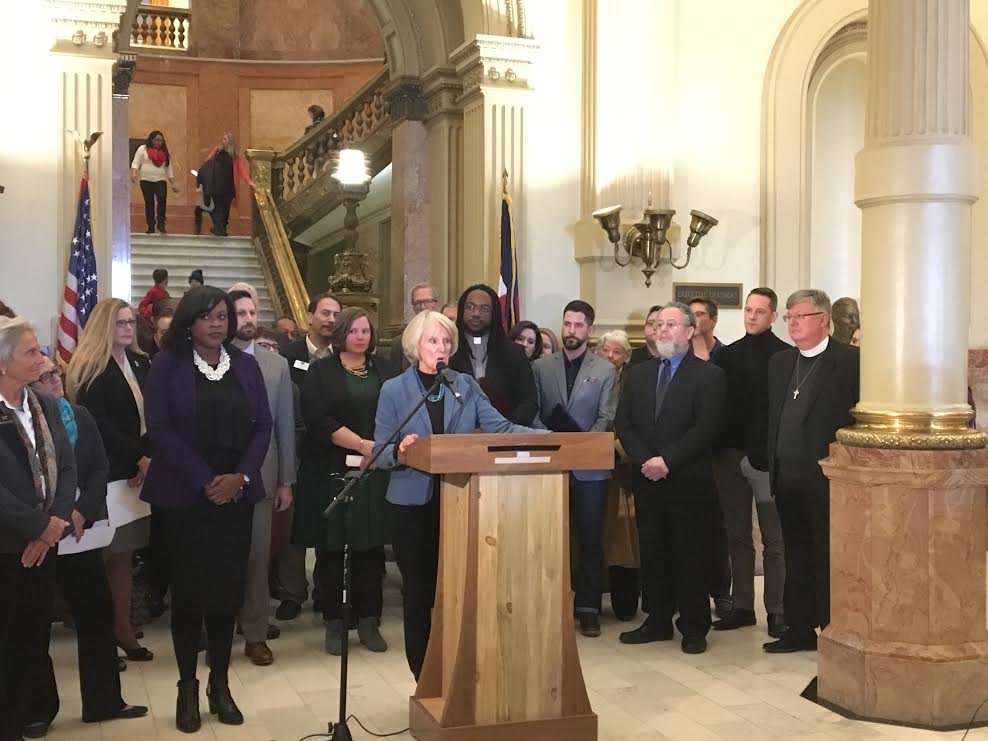 A group of Colorado religious and business leaders, joined by state lawmakers, held a news conference Wednesday in opposition to a bill that would allow businesses and individuals to refuse to follow laws they say are in conflict with their religious beliefs.

Opponents of religious exemption bills say they allow people to simply ignore laws they don’t like and open the door for discrimination, particularly against LGBTQ citizens.

The GOP has pushed contentious religious exemption bills nationwide, including failed attempts in Colorado for the past two years.

State Sen. Dominick Moreno (D-Westminster) told reporters at a news conference today that the bills have been unpopular in the state because “Coloradans understand the difference between religious freedom and religious discrimination.”

“We’re here to tell them: three strikes, and you’re out,” Moreno said.

“We once had the reputation of the hate state, and we will never go back to that again,” said Esgar.

No one should be able to discriminate against marginalized communities under the guise of religious freedom, said Jasper Peters of the Trinity United Methodist Church, adding religious protections outside of those protected by the First Amendment are not needed.

Denver District Attorney Beth McCann said the bill would place “an impossible burden” on the legal system by forcing law enforcement and courts to determine what constitutes “a sincerely held religious belief.”

Kelly Brough of the Denver Metro Chamber of Commerce said religious exemption bills are bad for business and send a divisive message that repels customers and employees.

The hearing for the bill is scheduled for Wednesday afternoon.

UPDATE: The bill failed in the State House as of Wednesday evening.