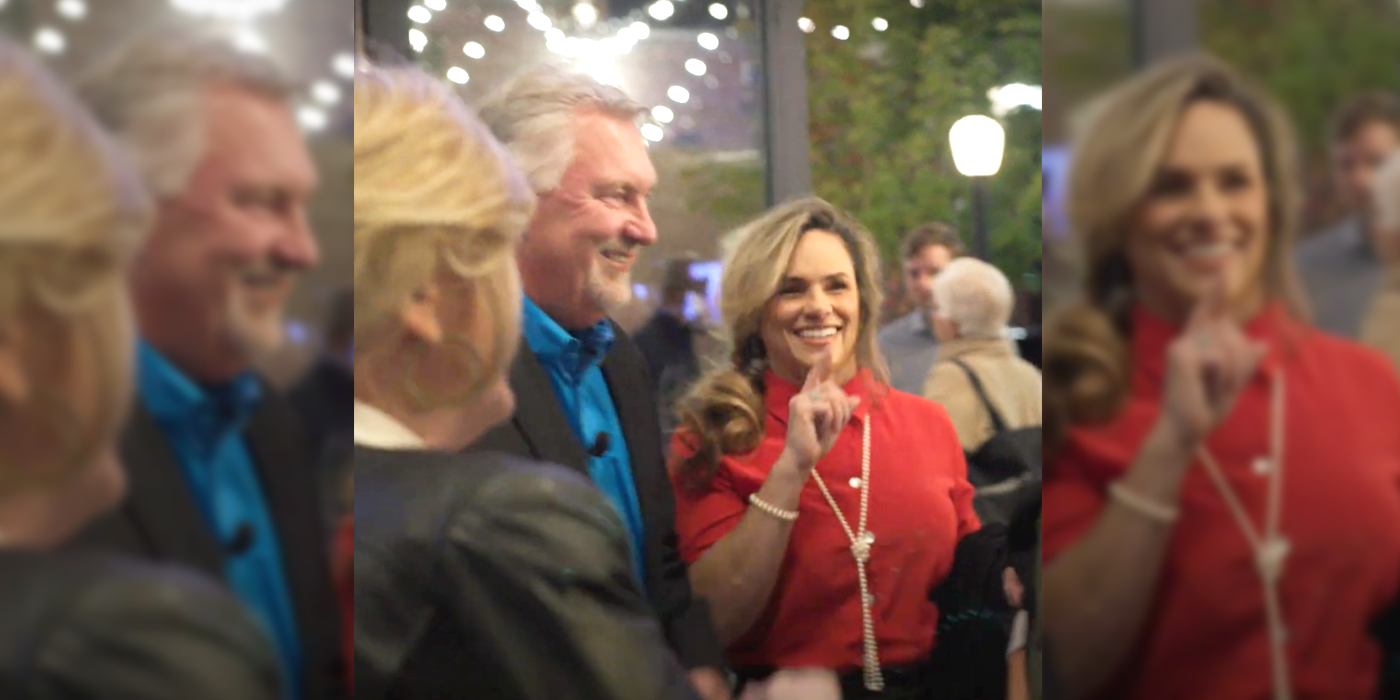 U.S. Senate hopeful Joe O’Dea took some flack for his decision to attend an NRSC fundraiser tonight in Miami alongside a trio of election deniers: Arizona’s Blake Masters, Adam Laxalt from Nevada, and Ohioan J.D. Vance. As it turns out, however, one of his biggest local donors also believes in the Big Lie.

Wendy Ferland Meritt, the wife of O’Dea’s longtime business partner Xernie Merritt, is an election fraud conspiracist who attended the January 6 insurrection at the U.S. Capitol last year. Since O’Dea launched his campaign she has donated to his campaign and hosted fundraisers not only for O’Dea, but also for his fellow Republican candidate Heidi Ganahl, who is running for Governor.

Yesterday, Meritt hosted a fundraiser for Ganahl at a Denver venue owned by O’Dea. One of the two featured speakers was local conservative personality Rachel Keane, who goes by the name “Conservative Momma” online and has used her platform to promote election fraud conspiracy theories.

Back in May she and her husband co-hosted an O’Dea fundraiser in Greenwood Village.

In subsequent comments, she claimed that Biden could not have won the number of votes he did based on the number of counties he won. That argument is based on false statistics and ignores the fact that county sizes vary by population.

In January 2021, Meritt said she had traveled to the U.S. Capitol to protest the 2020 election results.

In response to the attempted insurrection, Meritt claimed that Antifa and Black Lives Matter protestors were really the ones storming the Capitol. That statement is not true. Video evidence and eyewitness testimony have proven the rioters to be Trump supporters.

O’Dea is campaigning as a moderate Republican, a frame reflected by national news coverage. During a debate with another Republican Senate hopeful in June, O’Dea said that he was disappointed in how long it took for Trump to call off his supporters during the insurrection but did not think Trump deserved blame for causing it.

While O’Dea has consistently said Republicans should move on from the 2020 election and focus on future elections, he said he had friends at the Jan. 6 riot and preferred to call it a “rally” instead of an insurrection while answering a question at a February candidate forum in Evergreen.

“I had friends that were out at January 6, they went nowhere near the building,” O’Dea said. “That’s a rally in my opinion.”

O’Dea said he doesn’t support Trump running for president again in 2024, preferring to list Gov. Ron DeSantis (R-FL) as an alternative. DeSantis has campaigned for avowed election deniers and criticized the Jan. 6 probe.

O’Dea himself has campaigned with election fraud conspiracists, both here in Colorado and as previously noted, tonight in Florida.

Ganahl has refused to take a definite stance on the 2020 presidential election. Her campaign to take on incumbent Gov. Jared Polis (D-CO) is filled with nods to election fraud conspiracy theories and has refused to denounce unfounded claims of fraud.

Boris Epshteyn is an advisor to Ganahl’s campaign. Epshteyn is a former Trump advisor who helped concoct the plan for Trump to challenge the results of the 2020 election.

Neither O’Dea’s nor Ganahl’s campaigns responded to a request for comment before publishing. If a comment is provided this story will be updated to include it.