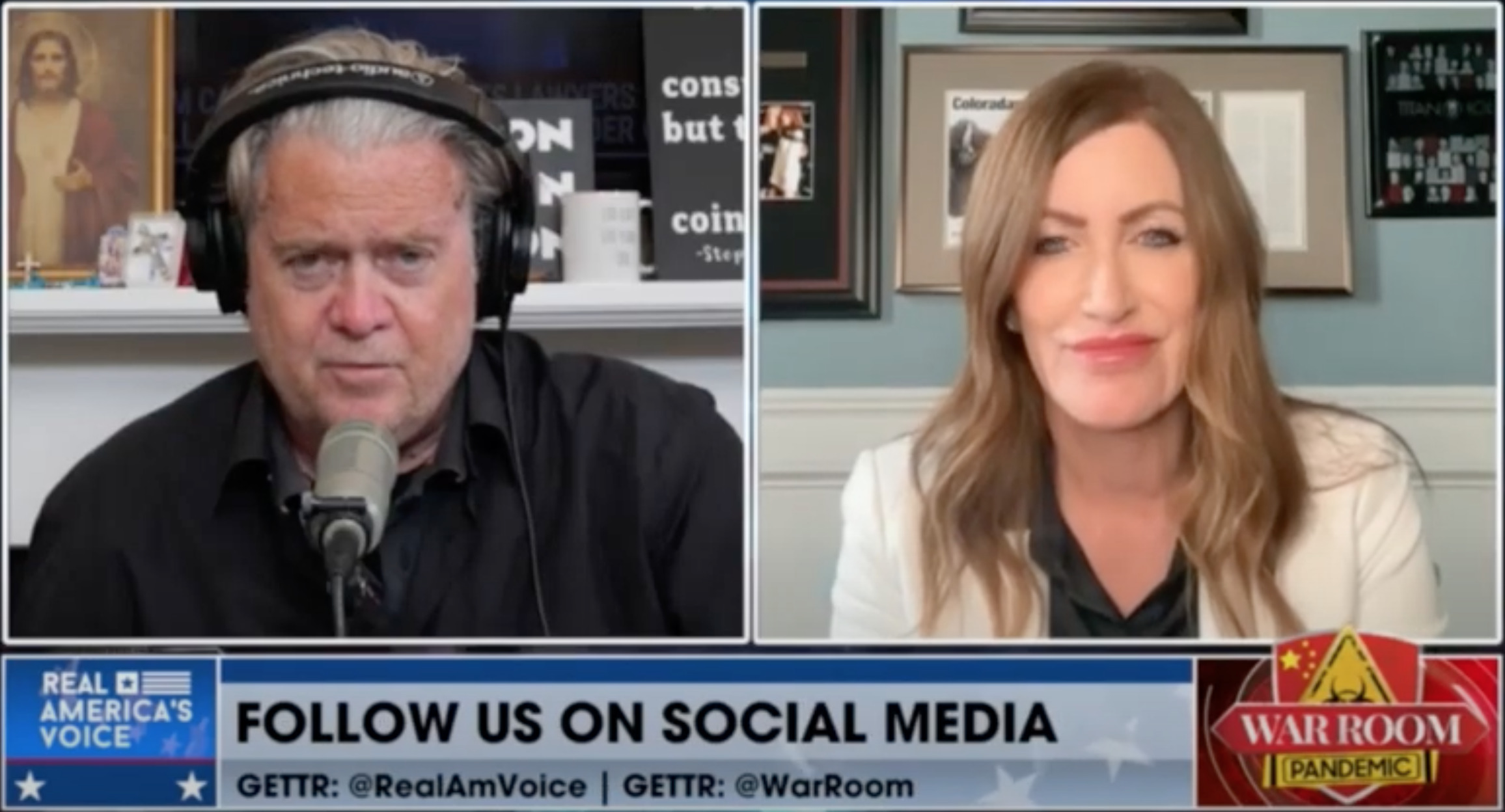 “We got through! We just worked our tails off for the last three weeks since we knew what they were doing,” said Ganahl. “I’ve got a great team –lots of folks helping us out, including Boris and Brad. It’s been quite an experience. It’s sharpened our toolset. We are ready to go to take on Jared Polis and beat him in just four months.”

Epshteyn, Parscale, and Bannon have all been subpoenaed by the January 6 Select Committee. Epshteyn has publicly admitted to helping the Trump campaign attempt to create slates of “alternate electors,” to override the voters in several swing states. The Committee accuses both Epshteyn and Bannon of planning the insurrection on behalf of former President Trump. Bannon is facing criminal contempt charges for his refusal to comply with the subpoena. His trial is set to begin later this month, following yet another ruling against him by the Trump-appointed judge.

The committee summarized Epshteyn’s role upon announcing his subpoena:

In its letter to Epshteyn the committee cites “credible evidence that you publicly promoted claims that the 2020 election was stolen and participated in attempts to disrupt or delay the certification of the election results based on your allegations.”

As reported by Politico- “In the filing, authored by House counsel Doug Letter, the select committee pointed to emails between Eastman and prominent figures in Trump’s orbit — Rudy Giuliani, Steve Bannon, Boris Epshteyn and others — as they strategized to keep Trump in office.”

Those emails include this correspondence between Epshteyn and coup memo author John Eastman, who was then still working for the University of Colorado’s Benson Center.

Ganahl’s previous praise of Eastman combined with her ongoing refusal to disavow him will, in the words of political pundit Eric Sondermann, “dog Heidi Ganahl until she deals with it.”

The pair each appear in the campaign’s social media feeds on June 27. Ganahl’s post to the far-right Twitter knock-off GETTR reposted a link to a Townhall column that had been sent to her by “Boris E.”

That same day Parscale retweeted the Ganahl campaign, one of only two Tweets he sent in all of June.

Ganahl’s decision to hire Epshteyn and give interviews to Bannon, both of whom are central figures in Trump’s attempted coup, is notable given her repeated statements that Coloradans aren’t interested in hearing about the 2020 election. Furthermore, pundits and conservative strategists have been pleading with Ganahl in the press to simply acknowledge that Biden’s victory wasn’t fraudulent, to no avail.

The Ganahl campaign did not respond to an email request for comment on the reasons for hiring accused coup plotter Epshteyn. The Colorado Times Recorder also inquired as to whether the campaign has any concerns that Ganahl’s appearances on Steve Bannon’s War Room podcast could demonstrate support for not only for the Big Lie but also supporters of the Jan. 6 insurrection.

Epshteyn likewise did not respond to an email request for comment regarding the scope of his work for the Ganahl campaign. This article will be updated with any responses received.