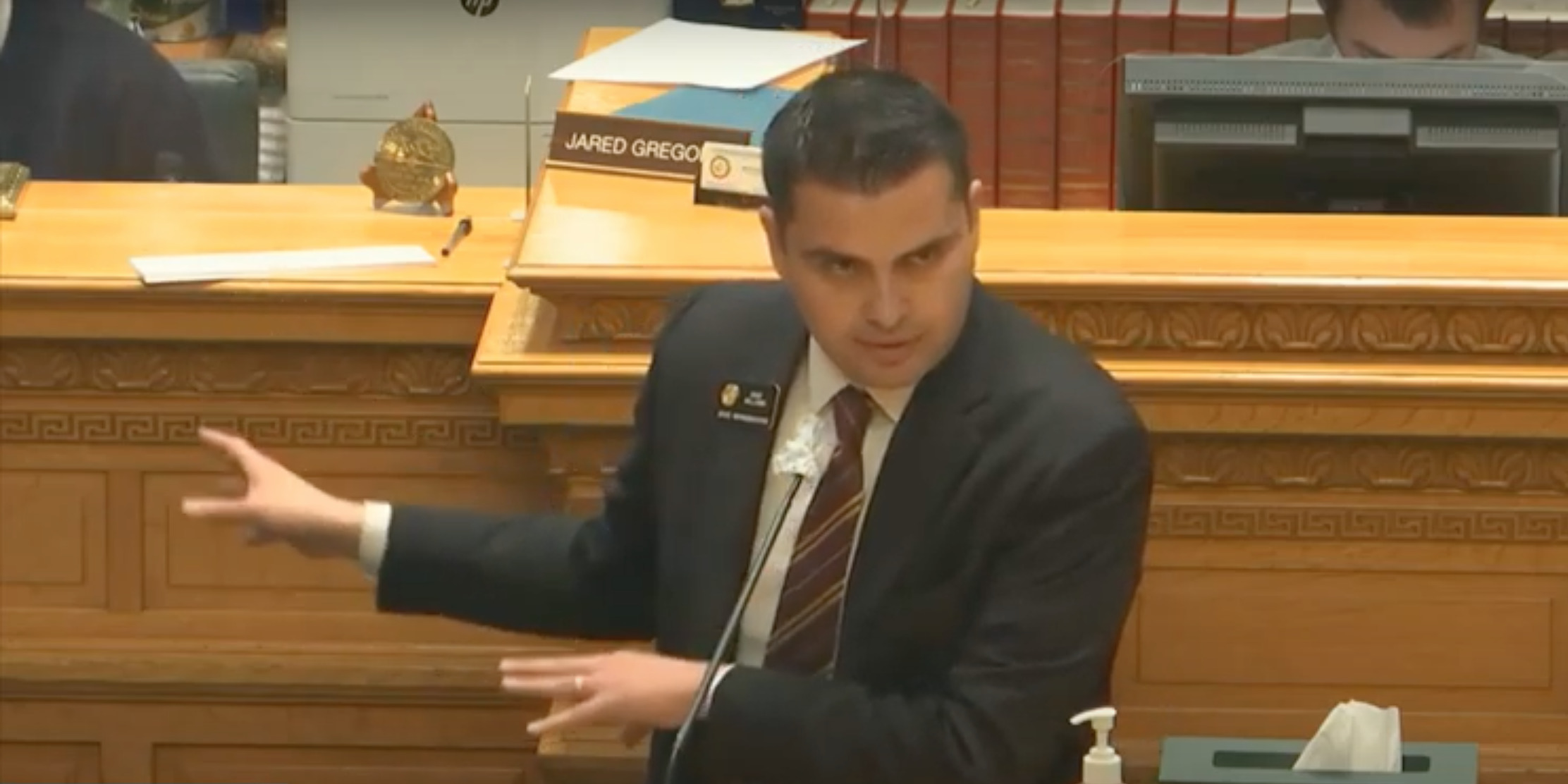 The well-known divide between the establishment and far-right factions of the Colorado House Republican caucus now has official documentation.

Some of Colorado House Republicans’ recent fundraising activity “could be viewed as a breach of the public’s trust” according to a legal opinion written by the legislature’s nonpartisan in-house counsel.

This quote appears in a 15-page legal opinion written by Colorado’s Office of Legislative Legal Services (OLLS) on Aug. 10, 2021.

The statement itself isn’t particularly surprising — of course anything resembling “pay-to-play” looks bad.

The interesting part is why the document exists in the first place: It’s answering an official query submitted by one Colorado House Republican, Rep. Dave Williams of Colorado Springs, about the fundraising activities of his own caucus, which is currently led by Minority Leader Hugh McKean.

Williams provided OLLS with a variety of documents, including an email from McKean’s hired fundraiser, Monica Owens Beauprez of the Starboard Group, inviting legislators to the annual golf tournament and reminding them not to set up foursomes without checking in with her first. The reason? Golfing with an elected official is a perk reserved for major donors.

“For those of you who are new to the tournament, each of you are invited to play/attend as guests of RCLF – no contribution required,” reads the invitation from Owens. “As a friendly reminder, please do not agree to play in a foursome without chatting with us first. One of the “perks” for our major sponsors is that they get to have a Rep. in their foursome, so we will place each of you. If you do get a request, please run it by us.”

“…the practice of directly connecting professional lobbyists and corporate donors to
legislators in arranging foursomes for a golf tournament held to raise campaign funds
for the Caucus raises a particular concern that access to legislators is being exchanged
for a donation to the Restore Fund.”

“The Political Committee provides oversight and executive control of the Restore Colorado Leadership Fund, as well as any PAC, 527, IEC, 501(c)(4), or other legal entity created for or on behalf of the House Republican Caucus,” reads the memo.

McKean’s installation as the House GOP leader last year was touted as a rebrand of the Republican caucus previously led by the far-right Rep. Patrick Neville (R-Castle Rock). McKean would stop infighting and focus on kitchen-table issues rather than the culture war topics favored by Neville and the caucus’ most conservative members.

This planned reuniting of House Republicans has hit some speed bumps, to put it mildly.

The existence of this legal opinion and its accompanying documents was first reported by Brandon Wark, a conservative blogger who used to work for Rearden Strategic, the consulting firm owned by Joe Neville, brother of Neville. Under Neville’s tenure leading the House GOP, he hired his brother’s firm to handle all the political strategy and advertising. This contract continued even after the GOP’s devastating losses in 2018, leading several other Republicans to question their leader’s judgment.

While employed by Rearden, Wark ran Advancing Colorado, an online social media brand that aggressively attacked Democrats and even some Republicans, sometimes with racist memes and rhetoric. In May 2018 Advancing Colorado aimed its fire at Patrick Neville’s own second-in-command, Assistant Majority Leader Cole Wist. A dispute over the gun safety policy known as the “Red Flag” law, which Wist and numerous other Republicans supported, led the site to brand Wist ​​a “Republican Traitor” who “wants to seize your guns.”

Earlier this month another Neville acolyte, Austin Hein, who worked under Neville as the former House GOP communications director, announced he’s primarying McKean, a nearly unprecedented challenge to one own caucus leader. He’s already been endorsed by Williams, and Rep. Shane Sandridge of Colorado Springs, a fellow member of the far-right wing of the House GOP.

To be clear, the OLLS legal opinion isn’t proof of any crime. It’s the official position of the legislature’s lawyers, based upon the documents and allegations made by Williams. His claims and information are part of his own ethics inquiry to the OLLS, not a formal complaint, which one would have to submit to the state’s Independent Ethics Committee. OLLS doesn’t vet Williams claims or follow-up with others involved, it simply takes his information at face value and offers a legal opinion based upon current rules, case law and existing legal precedent.

According to Wark’s blog, Williams provided the files in response to an open records request by libertarian activist Ryan Kane. Wark reported that Kane requested documents from “select legislators,” and while most, such as McKean, rejected Kane’s request as not within the scope of public records, Williams handed over the OLLS legal opinion, internal emails, and caucus infrastructure documents to Kane, who presumably shared them with Wark.

Neither Williams nor McKean nor Kane responded to requests for comment. This article will be updated with any response received.