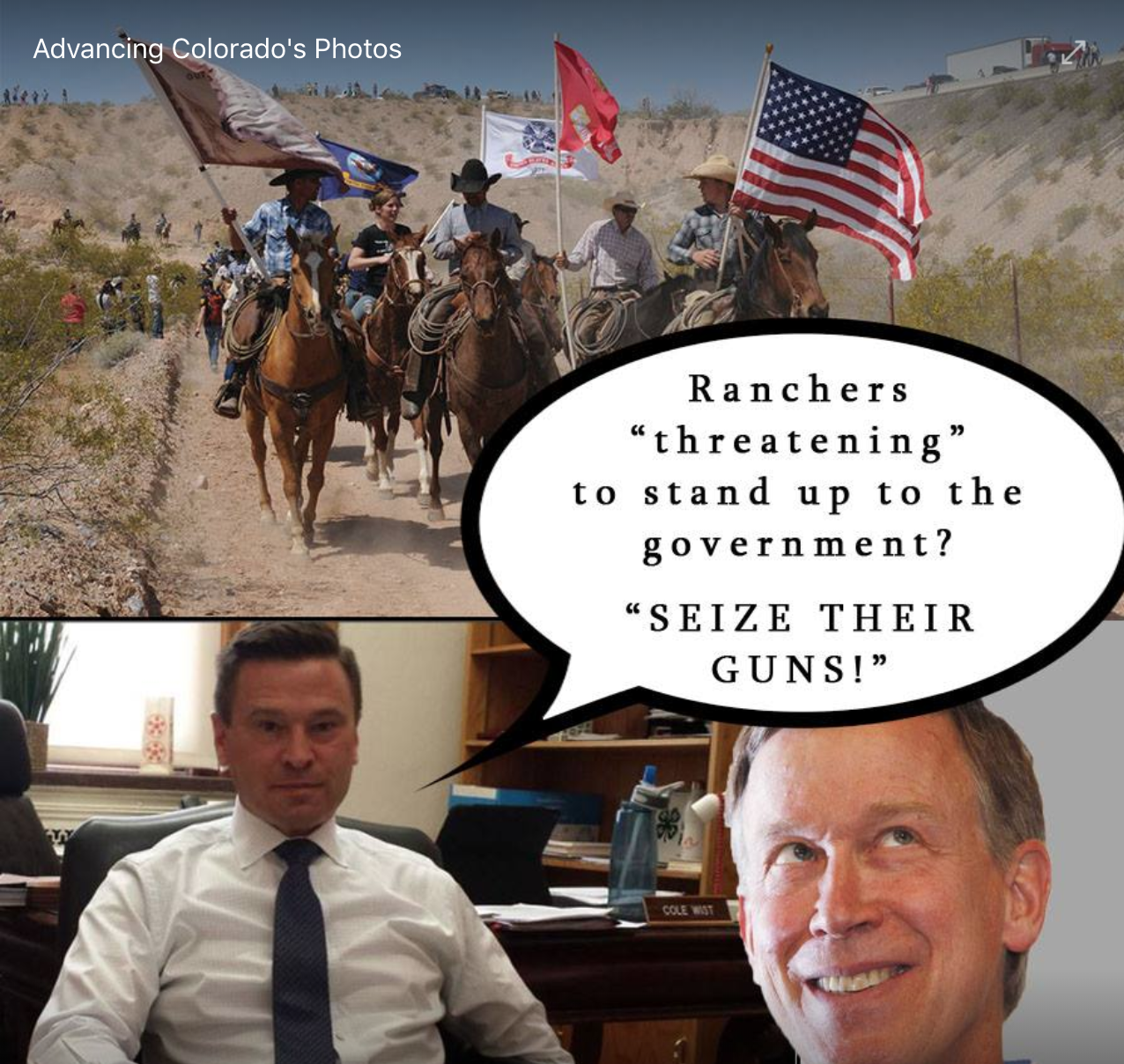 “Like any close family we have arguments,” House Minority Leader Patrick Neville, R-Castle Rock, said of a caucus meeting where the legislation was discussed. “But like any close family, we’re still united at the end of the day.”

A review of social media indeed reveals a close family that remains united. However, it isn’t the metaphorical family of House Republicans, but rather literal relatives from one particular political family -the Nevilles- attacking other Republicans. Their primary target is Patrick Neville’s nominal partner in House leadership, Assistant Minority Leader Cole Wist. 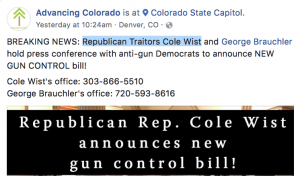 The attacks have been led by Advancing Colorado, a 501(c)4 online entity run by Joe Neville’s consulting firm.  On Facebook the group called Wist a “Republican Traitor” who “wants to seize your guns.” It also liked comments calling Wist “treasonous,” a traitor who should be ‘removed by force,’ and a “FK TARD.” Advancing Colorado has posted numerous items over the past two days, many of which include photoshopped images attacking Wist, along with Arapahoe County District Attorney George Brauchler (who is also the Republican candidate for Colorado Attorney General) and Douglas County Sheriff Tony Spurlock. 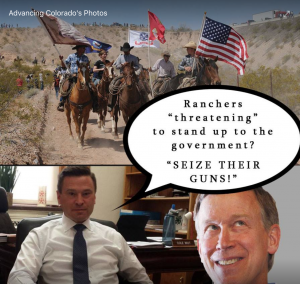 Joe Neville’s brother, House Minority Leader Patrick Neville commented on one of these posts, stating “I am 100% AGAINST this bill!”  Later he told Colorado Politics’ Joey Bunch, “None of us are happy about him supporting the bill, and he’s re-evaluating that. I think he got some advice he regrets, but, hey, we’ll move on.”

On Tuesday he apparently used his leadership authority to take Wist’s seat on the House Judiciary committee where the bill was assigned to be heard this afternoon. It is unknown if Wist’s removal is temporary.

Barb Neville, mother of Patrick and Joe, wife of GOP State Sen. Tim Neville (and manager of the senator’s Facebook page) shared one of Advancing Colorado’s posts. She added her own comment wondering what sort of bribe Wist and other Republicans must have been promised to support the bill.

“First they built the DNA Lab, now this, what’s next? Why are these three prominent republicans sleeping with Colorado Cease Fire and Michael Bloomberg. It makes one wonder what kind of golden nugget has been promised them. Call Cole Wist and URGE him to remove his name from this bill and VOTE NO on it: Cole Wist’s office: 303-866-5510”

Sen. Tim Neville, who represents Littleton, hasn’t attacked Wist publicly, as his wife and sons have, but he made his opinion of the bill known to KDVR TV reporter Joe St. George immediately before the bill’s hearing on Tuesday afternoon. St. George tweeted: “@NevilleforCO tells me he has “’no interest in this bill.’”