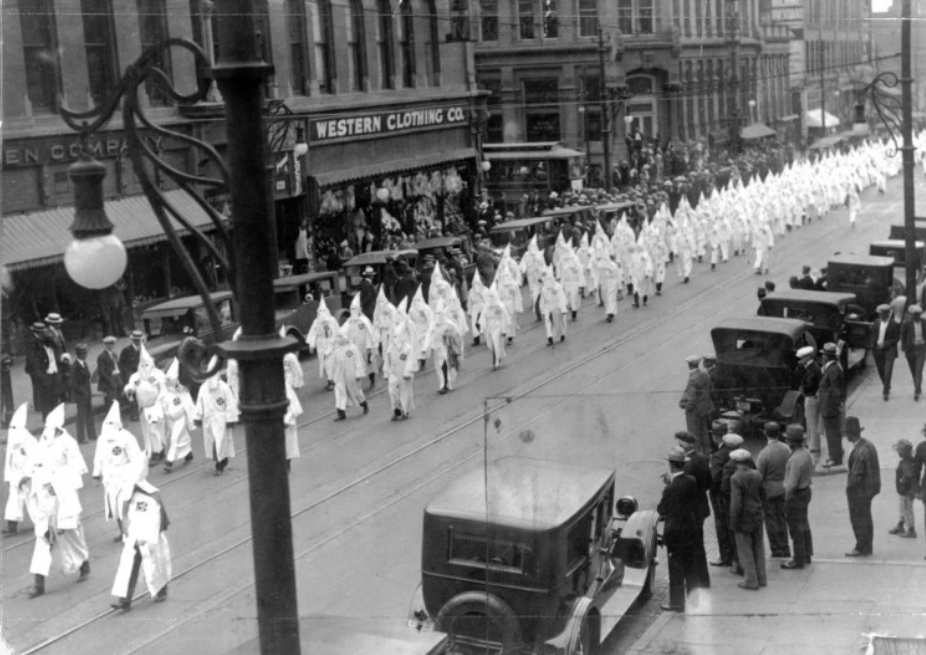 An editorial published today by the Colorado Springs Gazette bashed recent reporting on candidate for governor Walker Stapleton’s ties to the Ku Klux Klan and claimed that media outlets are biased for ignoring what they refer to as Democratic candidate Jarid Polis’ “more willful linkage to the Klan.”

The so-called linkage? Polis is a Democrat. And the Democratic Party used to be racist:

“As explained by The History Channel, the Klan became a movement of ‘resistance to the Republican Party’s Reconstruction-era policies aimed at establishing political and economic equality for blacks.'”

And this: ‘Though Congress passed legislation designed to curb Klan terrorism, the organization saw its primary goal — the re-establishment of white supremacy — fulfilled through Democratic victories…'”

Oh, and Polis went to Princeton:

“As president of Princeton, from which Polis graduated, Wilson discouraged blacks from seeking admission. Wilson forgave the Klan’s routine lynching of blacks ‘as a lawless reaction to a lawless period.’ Democrat Wilson opposed voting rights for blacks as a ‘menace to society.'”

These things, according to the editorial board, are chosen by Polis, whereas Stapleton was not able to choose his great-grandfather, a former Denver Mayor and prominent Klansman.

“State Treasurer Walker Stapleton did not choose a weak, distant and questionable link to the Ku Klux Klan. One cannot say the same of his opponent, U.S. Rep. Jared Polis.

It’s part of a larger effort by conservatives to point fingers at liberals and scream “you’re the real racists” all while supporting a president who referred to white nationalists as “very fine people,” tried to keep Muslims out of the country, called Mexicans “rapists,” repeatedly attacks black athletes on Twitter, called African nations “shithole countries,” and literally this morning called a black woman a “dog.”

The editorial, in conjunction with many conservative pundits, attempts to argue that it’s unfair and absurd to draw a link between a person and the actions of their ancestors.

But in making that argument, the Gazette is  (perhaps willfully) ignoring the fact that Stapleton already drew that link himself when he spoke glowingly about his family’s legacy during the beginning of his political career.

As The Colorado Times Recorder has previously reported, Stapleton praised his great-grandfather’s “accomplishments” in a 2010 ad released during his first campaign for treasurer.

There’s also the fact that Stapleton refuses to condemn the actions of his great-grandfather, and wouldn’t even talk about his family’s history with the New York Times. Despite the mounting pressure to address the issue, Stapleton continues to dance around it by putting out vague statements saying he’s “focusing on the future.”

Then, there are his policy positions. As disturbing details were emerging and public outrage was brewing surrounding Trump’s policy of separating immigrant children from their parents at the border, Stapleton released an ad saying he’d “stand with Donald Trump” on his immigration policies and painted immigrants as dangerous.

And, it’s worth noting, Stapleton asked former U.S. Congressman Tom Tancredo, who’s notorious for his harsh stance on immigration, to introduce and nominate him at the Republican state assembly. Tancredo is a former board member of VDARE, a white nationalist organization, and his most recent run for governor was spurred partly by his outrage at the cancelation of VDARE’s conference in Colorado Springs, where he was scheduled to speak.