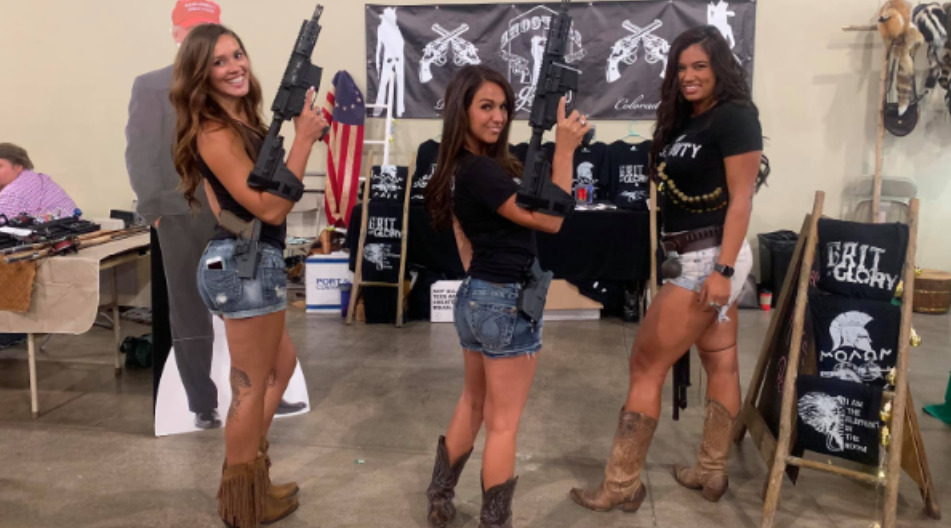 U.S. Rep.-elect Lauren Boebert (R-CO) is relieved that members of Congress are allowed to carry firearms in Washington, despite the city’s gun ban, but she’s angry at the Capitol Police for not providing her with a way to store her gun while she’s on the floor of the House of Representatives, where guns are prohibited.

During her orientation for new House members, Boebert asked the Capitol Police if they’d provide a locker for her to store her gun while she’s voting in the House chamber.

After not getting a clear response, she asked if she could store her gun in the existing lockers used by the Capitol Police.

The police denied her request.

“Okay, so what am I supposed to do?” asked Boebert as she told this story Friday on Denver’s KNUS radio. (Listen below.) “Am I supposed to put my firearm on the ground with a sticky note that says, ‘Please don’t touch. I’m going in here to vote, be right back?’ You know, if I’m going to be disarmed at this point, I need a way to store my firearm.”

Capitol regulations state that the “responsibility resides with the member” to store their weapons safely, according to a report by the Associated Press, quoting 2018 statements from the Capitol Police. The NRA broadly takes the same stance that gun owners are responsible for storage.

So, it’s expected that most Congresspeople who carry weapons at the Capitol store them in their offices while they’re casting votes or visiting the gun-free House floor.

But Capitol Police do not check to make sure lawmakers aren’t walking onto the House chamber with their guns, according to a former member of Congress quoted by the AP.

Boebert’s spokeswoman didn’t return an email asking if Boebert would secretly carry a gun onto the House chamber.

She even let a teenage server carry a gun in her diner, flouting Colorado gun law.

On the radio, she ridiculed a Democrat who tried in 2018 to ban Congresspeople from carrying guns at the Capitol.

Boebert is “grateful” for the “service and dedication” of the Capitol Police, but she doesn’t want to “assume that it’s their responsibility to protect” her, she said on KNUS.

“You know, why put their life in danger if I have the ability to protect my own life,” she explained.

She also said that she’s concerned about her own safety when she walks from her apartment to the Capitol in Washington DC, which has a violent-crime “pandemic.”

Boebert, who declined to talk to the Associated Press which first reported that she asked about carrying her gun at the Capitol, said on the radio that she “will be getting my concealed-carry permit, so I can get my firearms to D.C. and walk around with my firearm concealed.”