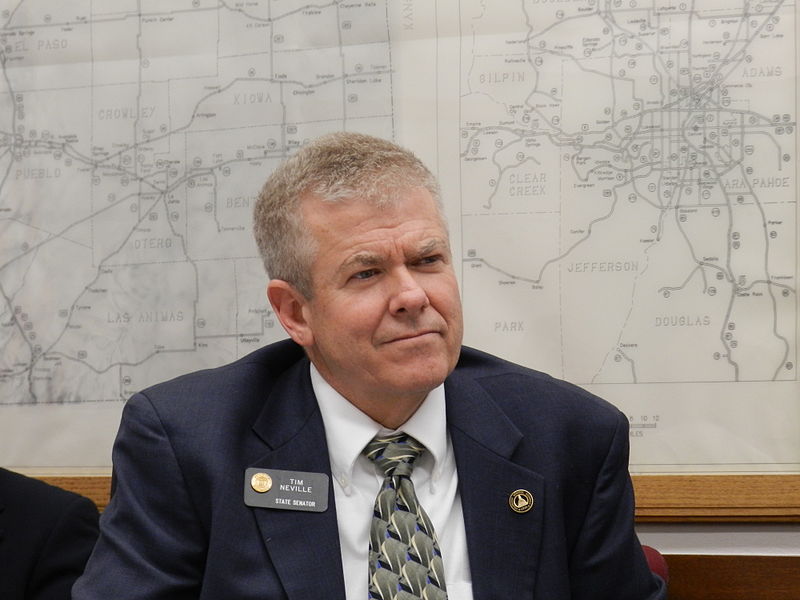 In a controversial editorial last week, the Colorado Springs Gazette called on all Republicans, large and small, to exit the gubernatorial race, with the exception of Colorado Treasurer Walker Stapleton, whom the newspaper believes has the best shot of beating the Democratic candidate in November.

The Gazette was particularly hard on former Congressman Tom Tancredo, who’s the GOP front-runner in the primary race.

The newspaper wrote that Tancredo’s defense of VDARE, which is identified as a white nationalist hate organization by the Southern Poverty Law Center
(SPLC), “won’t fly among soccer moms, young professionals, Hispanics, moderates of all backgrounds, and mainstream conservatives.”

“It is a deal killer,” the Gazette editorial stated.

But The Denver Post’s John Frank reported in November that Tancredo had removed himself from the VDARE board shortly after he launched his gubernatorial bid. The Post’s Chuck Plunkett went further, writing that Tanc said he didn’t fully understand what VDARE was and had goofed by joining the board.

So I was surprised to see Tancredo on Fox 21 TV Colorado Springs Jan. 9, saying, “[VDARE] is not a white-supremacist group. Go on their website. They talk about who they are. They believe in stopping illegal immigration. They believe in preserving the culture. It’s got nothing to do with race.”

In an interview Wednesday, Tancredo said he resigned from the VDARE board, which he’d joined in name only for just a few months, because it would be a distraction during his campaign, not because he has a problem with the group.

“It’s one thing to have been a member board for a few months. It would be another if I said, ‘Yes, I’m still on the board, but this article that’s on its website I agree with. And this article I don’t, when I’ve never seen any of the articles to begin with, because I don’t pay that much attention.”

“I don’t believe they are a white supremacist organization, but they are edgy,” he said. “There’s no two ways about that.”

The GOP’s refusal to stand up for VDARE inspired Tancredo to first consider his gubernatorial run.

In Colorado, VDARE has also been defended by State Sen. Tim Neville, a Republican from of Littleton.

Last year, Neville went so far as to accuse Colorado Springs Mayor John Suthers of “dereliction of duty” for refusing to provide support for the VDARE conference that was canceled the previous month.

He defended VDARE as being a “national conservative group,” which is a far cry from the SPLC’s view of it as a white nationalist hate organization. Neville attacks the SPLC as having once done “very noble work,” but has “lost its way” and now uses its “hate map” to raise money and, in the process, hurt people.

“…[Suthers] took it upon himself to bully a private property owner into canceling a planned 2018 conference by a national conservative group [VDARE]— a non-profit organization that had no connection to the Charlottesville riot,” Neville later explained in an opinion piece published in the Canyon Currier. “After admitting that the city had no authority to cancel the event, the mayor announced the city would withhold public services — meaning law enforcement — from the facility hosting the event. Thus, the mayor denied the organization the constitutional protections due all citizens because of the organization’s views, something that clearly crosses the line into censorship.”

VDARE has been linked to the rally of white supremacists in Charlottesville, in part because a VDARE writer helped organize it.

Neville has refused to blame the white supremacists for the violence there, telling KNUS’ Peter Boyles back on Sept. 27 that you have to examine the “details,” including “what led up to Charlottesville. And what the protest was about. And how it was handled.”