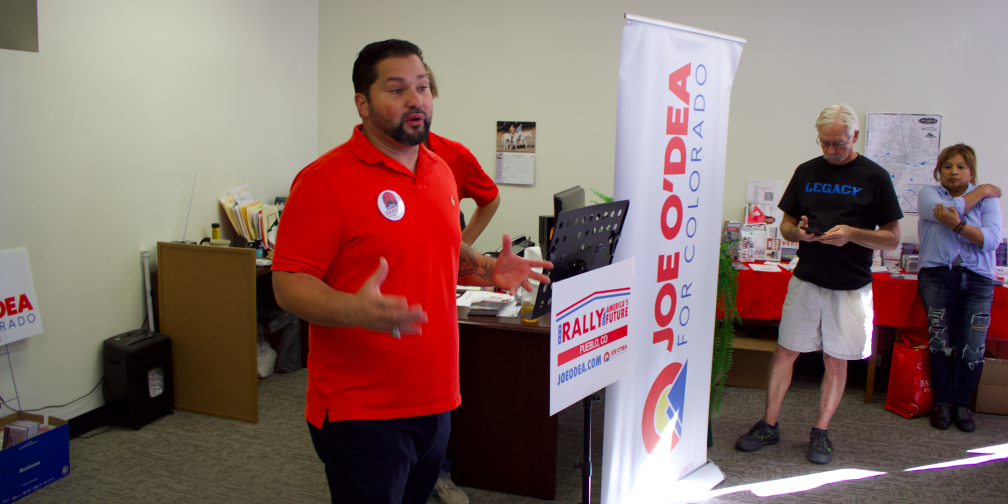 A Republican vacancy committee has appointed Stephen Varela to replace Joyce Rankin on the Colorado Board of Education, according to a spokesperson from the Colorado Secretary of State’s Office.

Rankin announced last month that she would resign on Jan. 10.

“It’s been an honor to serve the children and educators of our state alongside my fellow board members,” Rankin said in a December news release. “I’ll always be proud of the board’s collaboration on key issues to support children and educators, especially our commitment to ensuring all students can read at grade level because this is absolutely the foundation for success in school and throughout life.”

Varela, who switched his party affiliation from Democrat to Republican in February 2021, lost his Colorado Senate bid against Sen. Nick Hinrichsen (D-Pueblo) in November.

Varela’s campaign was marked by two campaign finance complaints related to an abortive run for Pueblo County Commissioner. According to the most recent complaint, filed by Pueblo Democratic Party Chair Mary Beth Corsentino, Varela allegedly lied to the Colorado Secretary of State’s Office about his intentions to run for County Commissioner and provided an advertisement from the March 2022 playbill for the Broadway Theatre League in Pueblo as evidence.

Varela’s education experience consists of his short-lived run as president of the Chávez Huerta Preparatory Academy charter school’s board of directors. During Varela’s tenure as president, the school hired a new CEO, Hal Stevens, who resigned shortly after being hired, after a series of controversial personnel decisions led to calls for Varela’s resignation. Those personnel decisions, which caused confusion within the school’s finance department, led to a “pretty severe cash flow situation” according to the newly hired CEO Richard Duran.

Varela resigned from CHPA’s board on Nov. 9.

Varela, an Army veteran, was also involved in a 2007 incident where, in Varela’s telling, he “beat the guy to a pulp” during an altercation involving a woman. “Because of my military training as a combatives instructor, I was arrested for it,” Varela said in a Facebook video responding to the Colorado Times Recorder’s reporting. “I would do it again, no regrets.”

Varela will serve on the Colorado Board of Education until November 2024, when there will be an election to fulfill the rest of the term, which ends in January 2027.