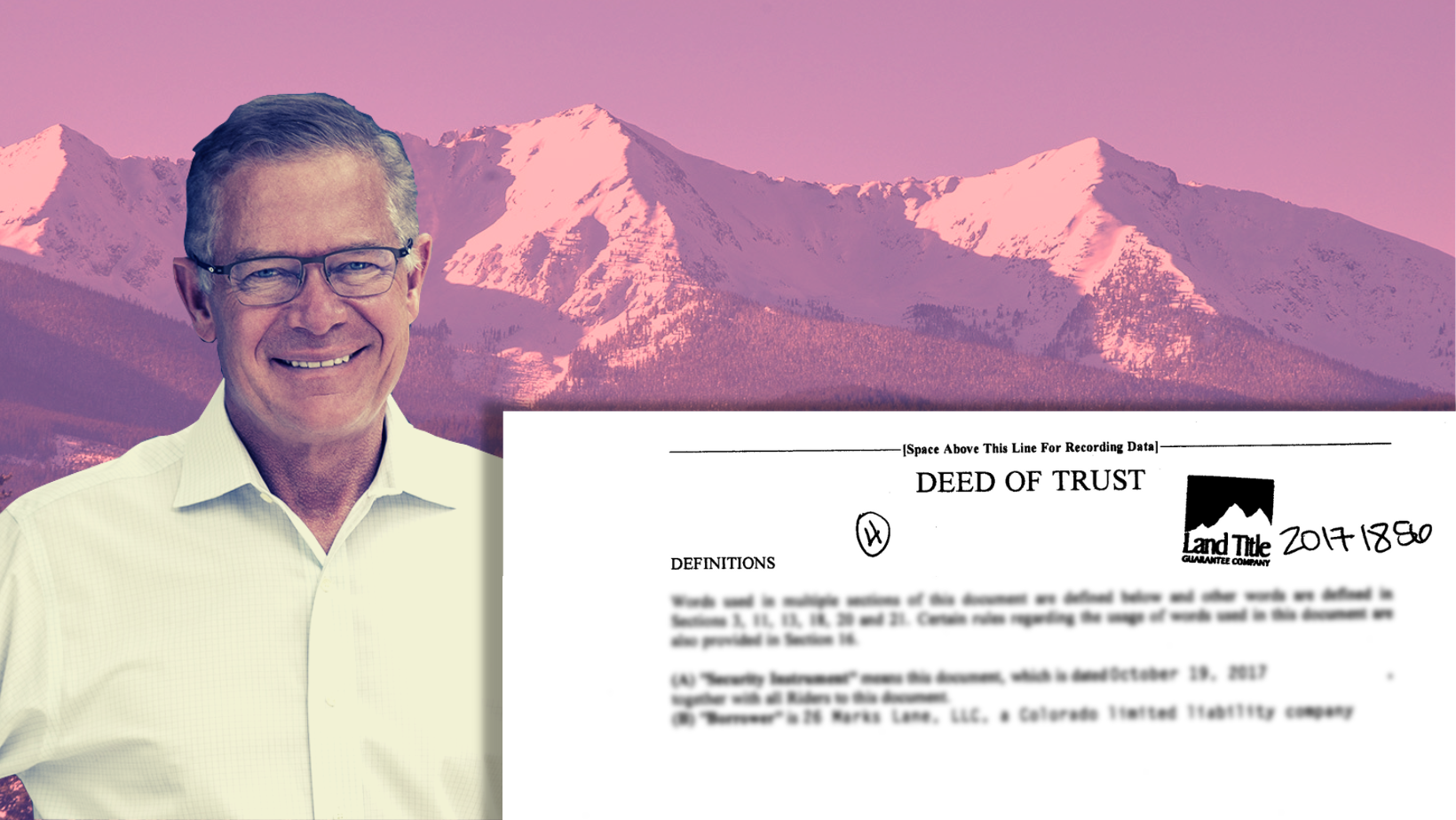 Tim Walsh, the Republican nominee in one of the year’s closest-watched state Senate races, omitted from his personal financial disclosure a financial trust, a corporation, and a mountain home worth more than $3 million, according to a complaint filed with the Colorado Secretary of State’s office last week.

The complaint could be bad news for Walsh in a race which political observers believe could determine control of the state Senate in 2023 and beyond. The November election between Walsh and his opponent, Rep. Lisa Cutter (D-Littleton), is expected to come down to a thin margin in November due to the competitiveness of the newly drawn seat in western Jefferson County.

Walsh is a first-time candidate, but he comes equipped with deep pockets and a vast network of personal connections, both of which he accrued as the man behind Front Range-area property developer Confluence Companies. Since founding the company in 2006, Walsh has overseen the development and construction of more than two thousand residential units, according to the company’s website.

Lisa Cutter, Walsh’s opponent, also has a background as a business owner, having founded a communications consulting firm, Cutter Communications, in 1998. Cutter has served two terms in the State House of Representatives, representing a district which substantially overlaps the new Senate District 20, and has won both of her past elections in the area by more than five points.

“We always expect things to be closer for Democrats in midterms,” said Madeline Zann, executive director of the Democratic Senate Campaign Fund, when asked about her view of the race. “So I expect it to be close, but I expect us to come out on top,”

“Lisa Cutter and her team are working hard to reach out to every voter in the district to earn their support, and I know that’s what will power us to victory this fall,” Zann said.

In a contest as close as the race for SD20 is expected to be, allegations made in last week’s complaint against Walsh could have electoral consequences.

The complaint – filed by an agent of progressive group ProgressNow Colorado – alleges that Walsh violated the Fair Campaign Practices Act due to material omissions on his personal financial disclosure form, including the omission of a valuable property in Breckenridge.

“Tim Walsh is not is above the law,” ProgressNow Colorado’s executive director Sara Loflin said in a statement to the Colorado Times Recorder. “He was required to disclose his multimillion-dollar home in Breckenridge and all associated business entities and assets on his campaign finance affidavits, and he did not. The accountability for his lack of disclosure can begin today.”

As the Times Recorder has reported at-length, candidates and elected officials in Colorado are required by law to file financial disclosures as part of a largely non-functioning system to monitor conflicts of interest. Despite the system’s general ineffectiveness, filing a false or incomplete personal financial disclosure is a violation of Colorado law.

Tim Walsh did not return requests to comment on this story.

According to the complaint, Walsh’s omissions include a financial trust, a limited liability corporation (LLC), and a Breckenridge home, none of which appear on the disclosure he filed with the Secretary of State in February of this year.

On February 14, Walsh filed a candidate affidavit with the Secretary of State’s office, officially declaring his candidacy for SD20. Ten days later, Walsh submitted his personal financial disclosure to the office. The document was not unlike disclosures filed by other wealthy members of the state legislature – for instance, Walsh declared income from six different companies, all of which he also listed as assets he owned – with one exception: despite being a property developer who owns a company worth more than $200 million, Walsh disclosed owning only one house.

Though Walsh seemed to have provided a thorough listing of his companies on the disclosure form, the complainants noted an entry in the Secretary of State’s business registration database which had not been included in the candidate’s disclosure: Tim Walsh is listed as the registered agent for a company named 26 Marks Lane, LLC, which appears to have been named after a luxury home on the Breckenridge golf course.

“The Deed of Trust secured a loan against real property located in Summit County in the recited amount of $1,095,500.00,” notes the complaint. The deed identifies the referenced property as 26 Marks Lane, Breckenridge, CO.

In other words, the deed obtained from the Summit County Clerk & Recorder’s office shows that the undeclared LLC is owned by the financial trusts held by Walsh and his wife, and that they used that LLC to take out a million-dollar loan for the purchase of a golf course home in Breckenridge. The home is owned by the LLC, the LLC is owned by the two trusts, and the trusts are owned by Tim and Lisa Walsh.

Though the deed shows that the Walshes took out a $1.095 million loan for the transaction, the real estate website Zillow currently calculates the property’s value as being more than $3.2 million, and estimates a monthly rent payment north of $8,200.

Despite the couple’s documented ownership of both the LLC and the multimillion-dollar mountain property, neither is mentioned anywhere on the personal financial disclosure form Walsh filed in February – omissions which seem to violate the relevant disclosure laws in three separate ways.

Second, Walsh failed to disclose his interest in 26 Marks Lane, LLC, despite the property’s estimated $3 million value giving the LLC a value well in excess of the $5,000 threshold which requires reporting.

Finally, Walsh failed to disclose the home itself. As the complaint explains, even indirect ownership of a property – as, in this case, the property was owned by the LLC, not by Walsh personally – is explicitly required to be reported.

As of this writing, the Secretary of State’s office has not yet ruled on the complaint – a process which often takes weeks or months due to the legal procedures involved. If the department ultimately finds Walsh in violation of the Fair Campaign Practices Act, he will likely be fined for the infraction.

The actual legal consequences should be the least of Walsh’s concerns, some Democrats say, indicating that financial malfeasance or the shielding of his assets from scrutiny only furthers an image of Walsh as untrustworthy.

“Tim Walsh has not been honest with his district about who he is and what he stands for,” Loflin told the Times Recorder.

“It’s clear that there are two Tim Walshes,” Zann said. “There’s the Tim Walsh who presents himself at forums as the moderate, above-board businessman, and then there’s the Tim Walsh hiding his assets, trying to self-fund his race, and funding extremist content,” she said, referencing Walsh’s funding of videos by right-wing conspiracy theorist, provocateur, and convicted felon, Dinesh D’Souza, which the Colorado Times Recorder has previously reported

“I think that the voters in the district are going to be able to see the differences between the two,” Zann said.

If cash flow is any indicator of support, Zann’s optimism may be well-placed. Both candidates filed their periodic campaign finance reports this week, showing Cutter out-raising Walsh by 25% in August – and spending only half as much as him.

It remains to be seen how word of the irregularities in Walsh’s financial disclosure will impact the race, or what countless mailers and radio ads and television spots the campaigns for the coveted seat have yet to deploy. With the complaint filed on the eve of Labor Day weekend, the traditional start to campaign season, though, one thing is clear: Colorado is officially off to the races.