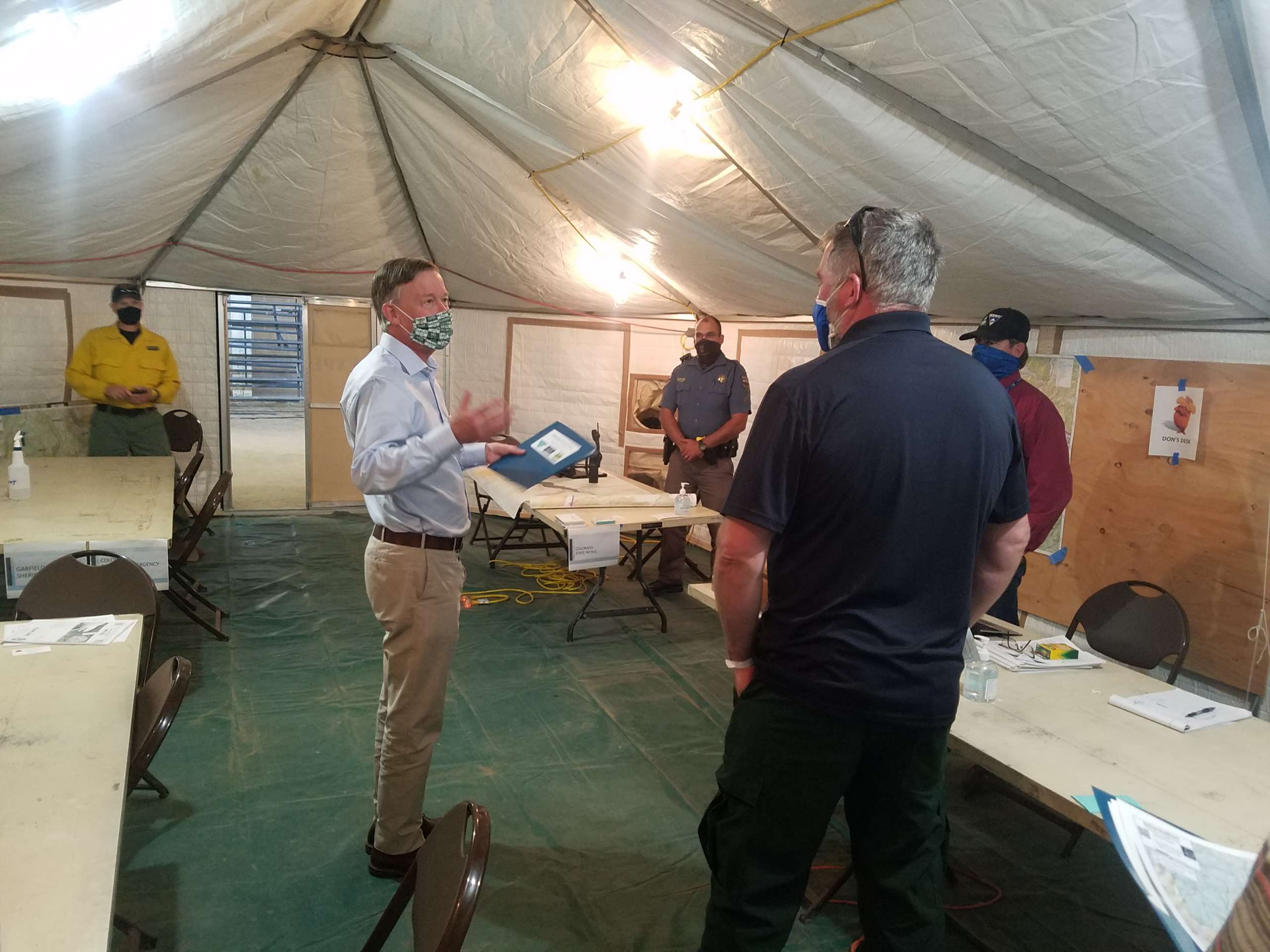 Colorado U.S. Sen. John Hickenlooper, a former oil-and-gas geologist, is being widely praised for fanning the faint flames of a dying budget reconciliation bill into a roaring fire of a bill that could deliver the biggest climate-rescue package ever.

But at a press conference in Denver on Friday, the former governor who once tasted fracking fluid, was quick to caution against breaking out the champagne, even as he basked in the glow of getting coal-state Sen. Joe Manchin to reverse course.

Sinema so far is playing wait-and-see on the Inflation Reduction Act (IRA) that was rolled out last week, and in the past has seemed uncomfortable with closing the carried interest loophole for fund managers, if not the 15% corporate minimum tax rate.

But that’s how this package pays for itself (with $300 billion left over for deficit reduction): $313 billion (corporate minimum), $124 billion (stepped up IRS enforcement against tax cheats), and $14 billion (by closing the carried interest loophole).

Then it turns around and invests $369 billion into climate rescue by providing all sorts of tax credits and incentives for manufacturing clean energy infrastructure, buying electric vehicles and making homes more energy efficient. It also includes a methane-emission fee.

Finally, the bill — which requires 50 Democratic votes in the Senate because no Republicans support it but avoids possible filibuster via budget reconciliation — allows Medicare to negotiate the cost of certain prescription drugs, caps how much seniors pay for those drugs per year ($2,000), and extends for three more years Obamacare subsidies for 13 million Americans on the individual and small-group health insurance markets.

Hickenlooper, who sometimes had a contentious relationship with the conservation community in his own state, bucked his “Frackenlooper” moniker by shepherding Colorado’s own methane rule. On Friday he acknowledged methane can be up to 60 times more harmful than C02 in terms of climate change.

“[The Inflation Reduction Act] will be the largest climate rescue investment in the history of the world,” Hickenlooper said. “This will get us 80% of President Biden’s … Paris agreement goal to cut emissions by 50% based on 2005 levels by 2030.”

He also argued Colorado is well-poised to benefit from the bill since it’s been a regional leader in transitioning to renewables.

“Colorado can be proud because we’ve been a beacon for so many of these things and really the bellwether state to demonstrate that you can fight inflation by transitioning to a new energy economy,” he said.

The IRA still faces opposition from progressive lawmakers in the House who say it still does too much to boost fossil fuels and streamline environmental permitting for all energy production. And, in Colorado, conservation groups on Tuesday argued President Joe Biden should still declare a climate emergency.

“As a Marshall Fire victim from Louisville, Colorado, I’m frustrated and heartbroken by the continued funding of the fossil fuel economy and lackluster transition to a clean economy,” Susan Nedell, who lost her home in last year’s blaze, said in a press release following a rally Tuesday at the fire site.

Hickenlooper’s office didn’t respond to a follow-up request for comment on the IRA’s fossil fuel concessions to Manchin, but on Friday acknowledged the bill, with the Senate packing up for August recess, is still up in the air.

“It’s not done yet; you’ve got to remember that,” Hickenlooper said. “A lot of folks gave up on that bill several times. But there was no alternative, and that was the issue is that we didn’t have anywhere else to turn if we’re going to really take climate rescue as a serious thing.”

Hickenlooper also praised fellow Colorado Democrat Michael Bennet, who helped write the corporate minimum tax proposal and crafted many of the tax credits and incentives for renewable energy that could become law in the IRA.

“We can see so much of Michael Bennet’s vision finally coming to pass,” said Hickenlooper.

Bennet, in a statement, targeted the largest legislative accomplishment of former President Donald Trump – also pushed through via reconciliation – the 2017 tax cut bill for the nation’s wealthiest corporations and individuals.

“Washington has spent decades cutting taxes for the wealthiest Americans and exploding our deficit instead of making responsible choices for our future,” Bennet said in a release. “The Inflation Reduction Act represents a historic break from those failed policies.

“It will lower the costs of energy, health care, and prescription drugs for Coloradans,” Bennet added. “It makes the largest investment ever to fight climate change and reduce our dependence on foreign, oil-rich dictators. We have to get this done for Colorado and the country.”

A spokesman for Bennet’s Republican opponent in the November election, businessman Joe O’Dea, did not return an email requesting comment.

Bennet recently voted in favor of the bipartisan CHIPS & Science Act aimed at making the United States more competitive with China and other countries in the domestic manufacturing of critical semiconductors.

O’Dea has a spotty record on climate issues, saying in June that there’s still an open debate about the extent to which humans are causing global warming. One of O’Dea’s largest PAC supporters was recently being hit with more than $3 million for fouling Colorado air with oil and gas emissions.