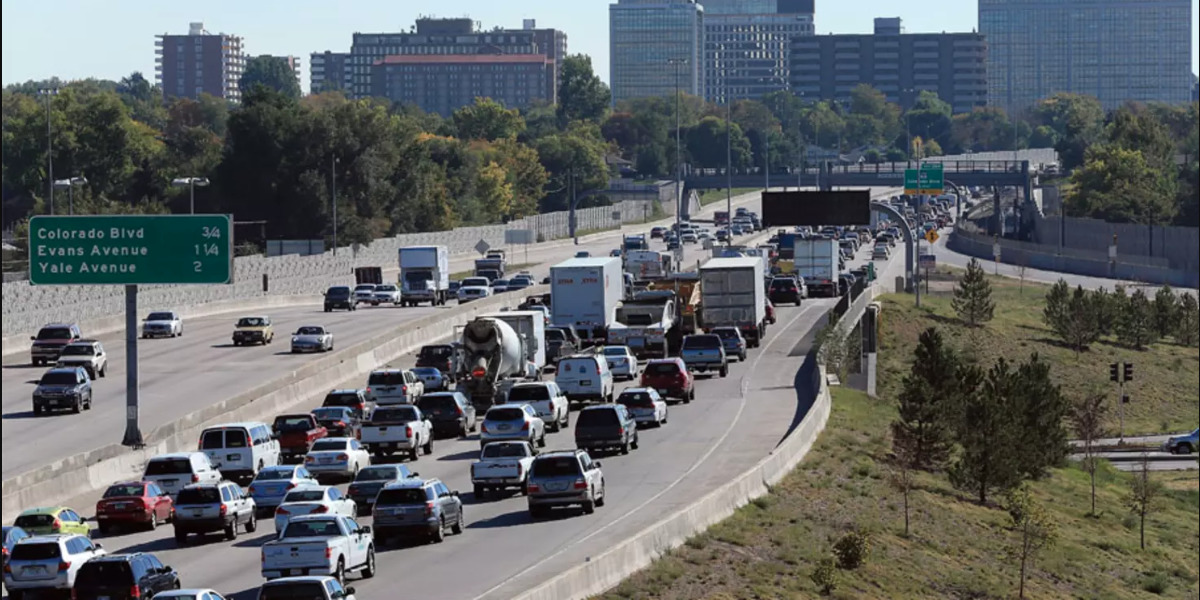 Starting on July 1 in Colorado, Amazon and other retailers began to collect a state fee of 27 cents on most delivery orders. The new fee will help fund a transportation bill passed by Colorado lawmakers in 2021.

As the fee began to show up on delivery receipts, numerous Colorado Republicans criticized the retail delivery fee, despite the fact that it was sponsored by state Sen. Kevin Priola (R-Aurora), and supported by many traditionally conservative corporate advocacy groups, including Colorado Concern, Colorado Contractors Association, and the Rocky Mountain Mechanical Contractors Association.

The new fee is expected to raise $1.2 billion over the next decade and will be used to maintain and build bridges and roads, develop pollution-reduction techniques in Denver and the Northern Front Range, and create three state enterprises focused on increasing access to electric vehicles.

In a quote provided to the Denver Gazette, Gov. Jared Polis (D-CO), who signed the transportation funding bill into law, defended the retail delivery fee.

“Coloradans are smart enough to understand that these delivery trucks and services are contributing to wear and tear on our roads, and in order to keep the roads up for the rest of us and improve transit, there is a fee that goes towards transportation,” Polis said.

The Colorado Republican Party criticized the fee on Twitter.

.@jaredpolis and the @coloradodems love to increase the taxes and fees that Coloradans have to pay.

Make sure you pay attention to the new Polis taxes. #copolitics https://t.co/f6dqN6b1dG

“I don’t support nickel-and-diming working families to advance a big-government agenda,” Woodward said in a Facebook post. “It’s shameful to create an unavoidable new tax as Coloradans struggle under Biden inflation and record fuel prices. It also places a burden on small-business owners tasked with collecting and reporting this new tax. We can do better!”

Frank McNulty, the former speaker of the Colorado House of Representatives and a current candidate for the University of Colorado’s Board of Regents, also criticized the fee on Twitter, calling out specifically Polis and the Colorado Democratic Party.

Bought a box of diapers for church baby supply drive and got popped with a delivery fee by @coloradodems – thanks @jaredpolis – you did this. #Coloradans pay more every delivery, every time, on everything we order because of you. pic.twitter.com/ekzUTsdcMa

Matt Solomon, a Republican gun-shop owner from Eagle who is running for state Senate District 8, , Ryan Gonzalez, a Greeley Republican political activist running for a statehouse seat, and Roger Hudson, the senior advisor to the Colorado House Republican Caucus, also criticized the fee.

The Koch brothers-founded group Americans for Prosperity is currently suing the state of Colorado over the legality of enforcing the retail delivery fee.

An article from the right-leaning media outlet The Center Square criticized the fee as well. The article quoted Dave Davia, CEO of the Rocky Mountain Mechanical Contractors Association (RMMCA).

“This comes at a time when wages are increasing and many businesses are still grappling with supply chain and material issues,” Davia told The Center Square. “This is the absolute worst time to be assessing these fees.”

However, according to the Colorado Secretary of State’s Lobbyist Database, the RMMCA hired a lobbyist to support the transportation funding bill in 2021.

Another contractors’ group that lobbied for the passage of the bill was the Colorado Contractor’s Association (CCA).

During an August 2021 interview with an industry media outlet, Tony Milo, the current executive director of the CCA, explained why his group supported the retail delivery fee.

“SB21-260 will provide more than $5 billion to transportation improvements projects across the state over the next ten years,” Milo said. “This is one of the big wins, but it took more than 10 years of not-as-successful efforts.”

Former CCA president and current Republican nominee for U.S. Senate Joe O’Dea did not return a request for comment asking about his stance on the new retail delivery fee. This story will be updated with a comment if one is provided.

O’Dea is still on the Board of Trustees for the CCA’s Construction Workforce Foundation, which awards scholarships and shares information to those interested in construction as a career path.

In the past, O’Dea has supported public infrastructure projects like the ones the new fee would fund but has also said he hopes to shrink the government. O’Dea has also labeled the CCA a “conservative group.”

Correction: A previous version of this story listed state Senator Kevin Priola as a state Representative. This story has been updated to correct that mistake.