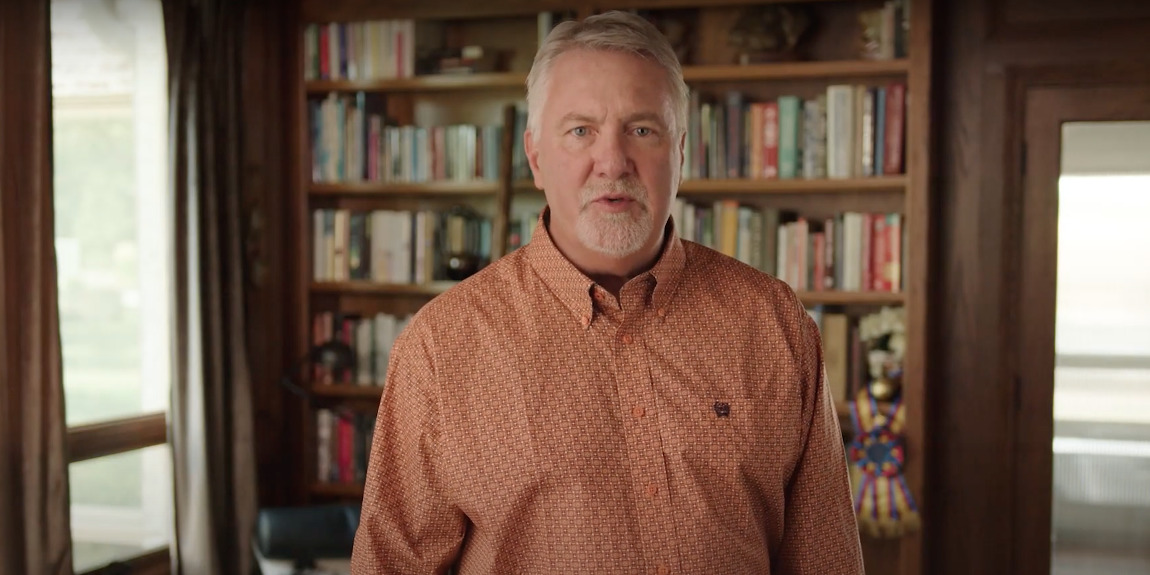 Joe O’Dea, the construction company CEO who hopes to challenge U.S. Senator Michael Bennet this November, has been all over the airwaves in recent weeks advocating for limiting government and cutting spending, but he’s previously supported taxpayer-funded initiatives which have accounted for billions of tax dollars spent over the past two decades.

His current position is that government should be responsible for just three responsibilities: military, police and infrastructure. This enthusiasm for shrinking government includes a willingness to cut Medicare and Social Security, two overwhelmingly popular programs that have kept literally billions of Americans out of poverty.

“We need to cut back our federal government to make it small and efficient, so it can do the things we need it to do: fund our police, fund our military and fund our infrastructure,” said O’Dea in the same June 1 interview with Ross Kaminsky in which he discussed cutting Social Security. He’s also praised Trump Administration cuts to safety, health and fiscal oversight agencies:

“I believe in a small, efficient government. We need to start hacking that back,” O’Dea told Kaminsky back in March. “I thought that what Trump was doing with the EPA [Environment Protection Agency], with what he was doing with OSHA [Occupational Safety and Health Administration], with the Internal Revenue Service, some of these things just need to be cut back.”

However, O’Dea hasn’t always been so averse to collecting and spending taxpayer dollars — specifically, over a decade ago, when he stood to gain from government funding of roads and bridges.

One of his first appearances in Colorado’s political arena was on behalf of the Colorado Contractors Association (CCA), explaining why the typically conservative group was endorsing both the Democratic and the Republican gubernatorial candidates in 2006.

The Rocky Mountain News quoted O’Dea explaining why his organization was endorsing a Bill Ritter, the Democrat.

“I can’t remember the last time we backed a candidate that’s not a Republican,” O’Dea, who served on the CCA board, was quoted as saying. “It’s a conservative group.”

The reason for the contractors’ neutrality? According to O’Dea, it was Beauprez’s opposition to Referendum C, a ballot initiative passed the previous year permitting the state to keep more of the tax revenue it collects, above and beyond the limits imposed by TABOR.

“Some of our members are bitter about Bob’s position on Ref C, that may have cost him with our group,” O’Dea told the Rocky.

Since Ref C’s approval by voters that year, Colorado’s nonpartisan Legislative Council staff produces a report detailing the spending of funds generated by the law. The latest figures put the total amount at $30.5 billion, the vast majority of which has been spent on education and health care. Ref C also earmarked funding for transportation, but at a far lower level, totaling just $51 million total since 2005.

That limited amount is in part responsible for another of O’Dea’s early forays into public policy. He advised Governor Bill Ritter’s Blue Ribbon Transportation Finance Panel, which the Democrat convened in 2007 to address what he termed the “quiet crisis” of the state’s crumbling roads and bridges.

The panel recommended raising taxes and fees by a minimum of $500 million but noted that another billion dollars would be required to properly address Colorado’s transportation needs.

As a member of the panel’s technical advisory board, O’Dea remained optimistic, even after the panel’s preferred $1.5 billion fee and tax increase failed to pass the legislature.

“I think some of the braver legislators are going to step out there. We’ll see who those leaders are,” O’Dea told the Durango Herald in May of 2008, just after the end of the legislative session.

O’Dea’s prediction largely came true the following session, when Democrats raised fees on car registrations and rentals. The bill, known as FASTER, passed without a single Republican vote, but with the support of the Colorado Contractors Association, over which O’Dea was then presiding. Early the next year, as FASTER funding started to flow, CCA’s executive director Tony Milo wholeheartedly praised the bill.

“We think [FASTER] is a critical lifeline in our transportation system,” Milo told the Denver Business Journal. “When you look at the big picture of transportation funding in Colorado … FASTER is really the only bright spot in the whole funding picture for this coming year.”

The bill was a political lightning rod at the time, particularly with Republican candidates who attacked it as overreach on the part of Democrats.

Gubernatorial hopeful Josh Penry called for the repeal of the bill.

“The car tax needs to go. It’s punitive and it’s wrong. It shouldn’t have been put into law in the first place. It’s just horribly disingenuous for anyone to rail against FASTER on one hand and then on the other, do nothing about it if elected,” said Penry of his primary opponent Scott McInnis, who also opposed FASTER, but wouldn’t pledge to repeal it.

Penry is currently a strategist with the O’Dea campaign.

The O’Dea campaign did not respond to a request for comment. This article will be updated with any response received.