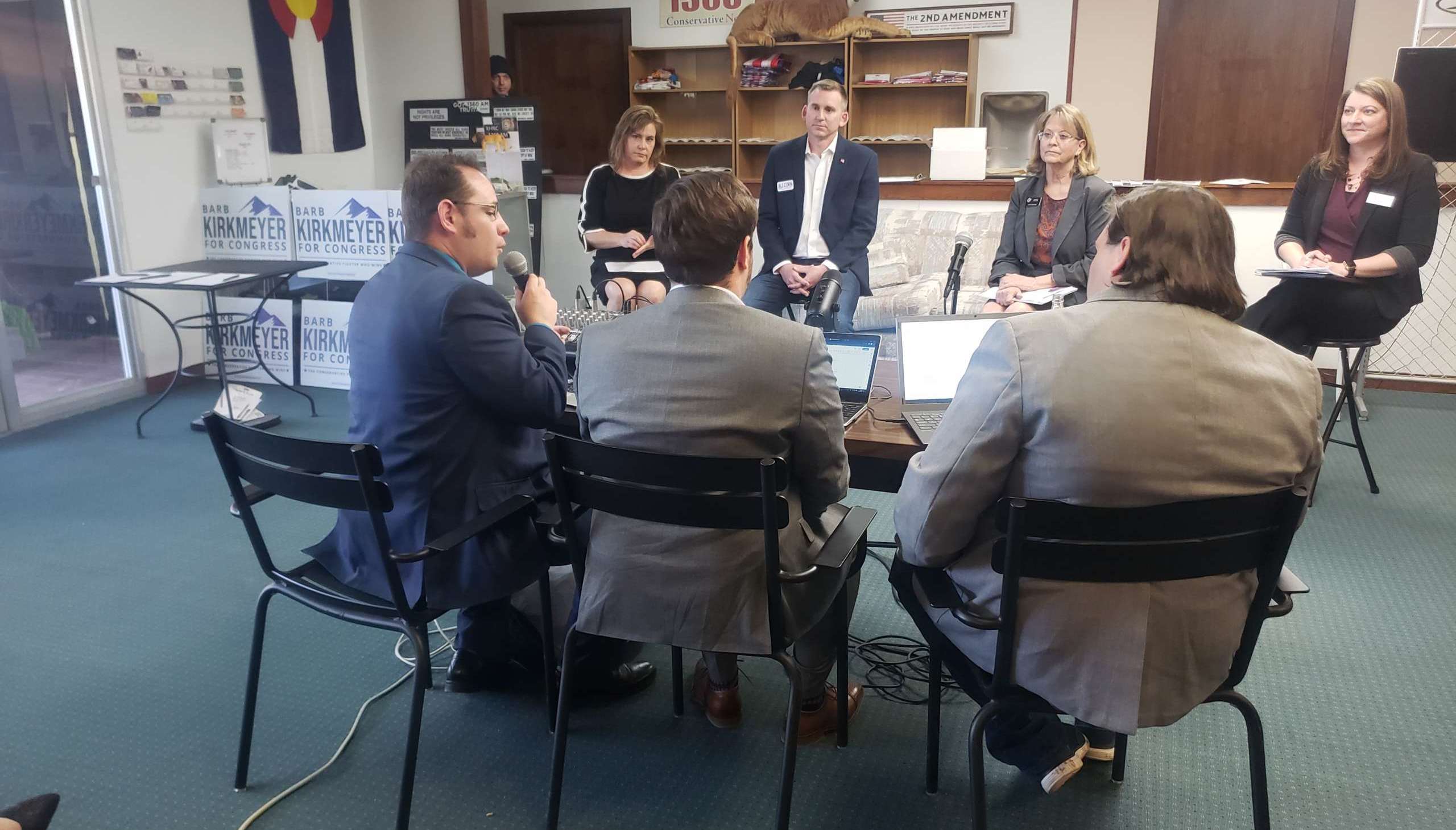 “Roe v Wade was a terrible decision that was not Constitutionally sound, and millions of unborn babies have died as a result,” wrote state Sen. Barbara Kirkmeyer (R-Weld) on her Facebook page.

Weld County Commissioner Lori Saine pasted two memes in response to the Supreme Court news. “ABORTION IS MURDER,” states one of Saine’s memes. The other: “END ABORTION IN AMERICA.” Saine tweeted, “No one in this race can match my strong 100% pro-life record,” and she liked the SCOTUS news.

The Facebook pages of Tyler Allcorn, a former Green Beret, and Thornton Mayor Jan Kulmann, said nothing about the leaked Supreme Court document. Both were silent on Twitter as well and appear not to have taken a stance on Roe.

The different reactions to the Roe decision reflect the emphasis that the four candidates have put on the abortion issue as they vie for the Republican nomination for the new 8th Congressional District, which is located north of Denver.

Both Saine and Kirkmeyer have been much more vocal about their opposition to abortion rights than their GOP competitors, Allcorn and Kulmann.

Kirkmeyer spoke at a rally in March opposing a Democratic bill, later signed by Gov. Jared Polis, that enshrined abortion rights in Colorado law. She posted a video clip of her comments on Facebook and subsequently ran a Facebook ad featuring the video.

Saine also denounced the Colorado Democrats’ new law and later offered a resolution asking Weld County Commissioners to declare the county a “pro-life sanctuary,” a move that failed in a 3-2 vote.

On May 2, Saine vowed to introduce her measure again.

Allcorn’s campaign didn’t respond to a request for information on his stance on the abortion issue generally and Roe in particular.

The winner of the June 28 GOP primary will take on Democrat Yadira Caraveo to represent the district. An eighth congressional district was assigned to Colorado after the 2020 Census.

“As a doctor, I’ve sat next to women and walked them through a choice,” Caraveo tweeted Monday. With Roe overturned and Republicans on a crusade to ban abortion across the country, millions of women will lose that essential freedom.”