A guide to anti-Trump inauguration events in Colorado 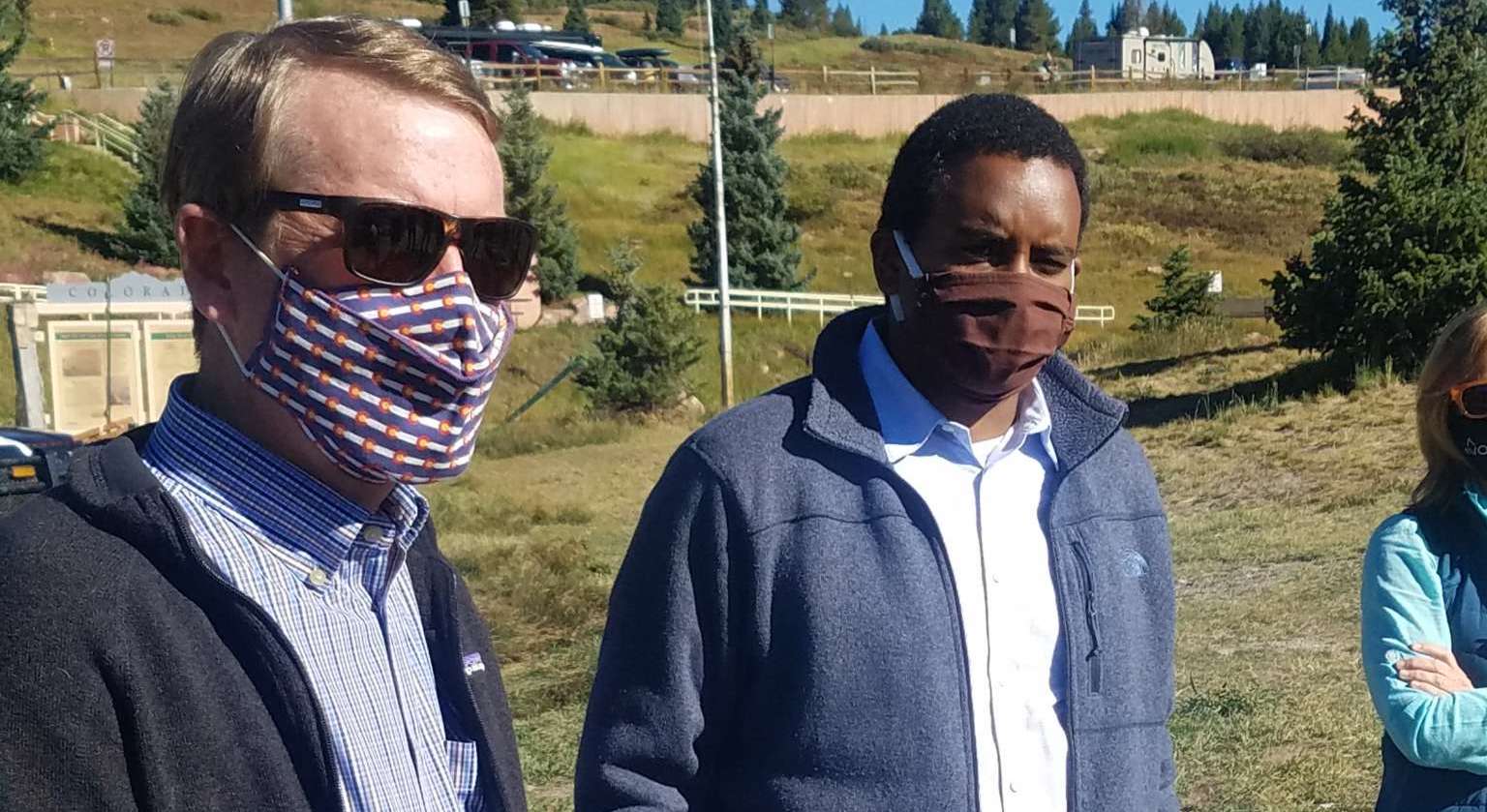 “The Republican who knocked Tipton out of his seat [Boebert] called it a land grab by the federal government. That’s the opposite of what it is. That is so reflective of her extremist ideology,” U.S. Sen. Michael Bennet, a Democrat, said while touting a massive highway improvement project along Interstate 70 on Vail Pass.

“To all of the Coloradans on the West Slope who for more than a decade have worked on the provisions of this bill, it’s a slap in their face. Fortunately, her opponent, [Democrat] Diane Mitch Bush, understands the importance of the CORE Act and the public process that underlies the act. I think it’s a reason why she might actually prevail on this election, because what we need is mainstream representation for the West Slope, not extremist representation.”

Boebert, a far-right gun enthusiast and QAnon sympathizer who shocked Tipton in the June 30 GOP primary, issued a press release on July 21 when the CORE Act passed the U.S. House a second time as an amendment to the National Defense Authorization Act.

“This land grab by Denver’s liberals is a perfect example why rural Colorado so desperately needs a strong voice fighting for them in Washington, D.C.,” Boebert said in the release.

In the release, Boebert inaccurately stated that the bill’s main House sponsor, Democrat Joe Neguse, is a Boulder liberal (he lives in Lafayette), that proponents failed to get local buy-in (in fact the bill is the result of more than a decade of local stakeholder meetings) and that it should run on its own merits, “not hide behind our vital national defense.” Oct. 31, 2019, the CORE Act passed a full floor vote 227-182 with five Republicans voting yes but never got a Senate hearing.

The Colorado House delegation last year was split on party lines 4-3 in favor, with Tipton voting no. Sen. Cory Gardner, a Republican running for reelection, cited Tipton’s lack of support for the bill as one of the reasons he didn’t back it in the Senate.

“I’ve always been puzzled by their lack of support for the CORE Act,” Bennet said. “This is a bill that has broad bipartisan support all across the West Slope of Colorado. Every single county that has land in the CORE Act supports that part of the CORE Act that’s in their county and seven of the nine counties support the CORE Act itself. There’s never been a public lands bill in Colorado that’s had more public participation …. It was not written in Washington, D.C.”

The CORE Act would permanently withdraw 200,000 acres of public lands in the Thompson Divide area of the 3rd Congressional District from oil and gas drilling. A similar but industry-friendly version of the proposal got Tipton in hot water in 2016 when it became known the legislation he sponsored was largely written by his campaign’s largest donor, an oil and gas company with interests in the area.

Boebert, whose husband is a contract natural gas worker, is pushing for a “Drill baby, drill!” energy policy in her Contract with Colorado.

Neguse, also on hand for the Vail Pass press event, shared Bennet’s sentiments, pushing back on Boebert’s assertion that the painstakingly crafted bill is a federal land grab.

“That’s certainly not the way that it’s been characterized by the Republican mayors and the Republican county commissioners that support this bill that govern in the district that she is seeking to represent,” Neguse said. “So I suggest she talks to those talented, thoughtful, Republican, local elected officials who came forward to work with us collaboratively in drafting a bill that was written by Coloradans for Coloradans that ultimately attracted the support of several Republicans in the United States Congress. Unfortunately, none of those [Republicans] represent the state of Colorado.”

“The responses given by the Democrats are clearly politically motivated hits on Lauren Boebert, despite Rep. Tipton sharing the same concerns that there was not the broad-based support and input from local authorities the Democrats claims there to be, and there was not a sufficient amount of stakeholder support for CORE in the 3rd Congressional district,” Carno said. “The fact remains the Democrats hid the legislation within the NDAA instead of running it as a stand-alone bill.”

In fact, it passed both ways, and Bennet thinks it actually has a chance of making it through the Senate as an amendment to the NDAA, with an assist from Alaska Republican Lisa Murkowski and West Virginia Democrat Joe Manchin.

Gardner, however, told the Colorado Sun in July: “I don’t think it will happen. I think it’s too late for any amendments here.” A Gardner spokeswoman on Monday confirmed nothing has changed.

If it doesn’t make it through as an amendment, Bennet is confident the bill will pass next year in a Democratic Senate, with Democrat Joe Biden in the White House.

“It would be great to have Congressman Tipton’s support and Sen. Gardner’s support, but one way or another, we’re going to get it passed, with or without them,” Bennet said. President Donald Trump has threatened to veto the CORE Act if it somehow makes it out of the Senate.

“What does a representative have to do with it?” Hickenlooper said. “The county commissioners, Republicans or Democrats, that’s local control. Tipton had no control over that. That is a red herring, right? Follow this smell. See where it takes you. I’ll tell you where it takes you. It takes you to somewhere that stinks.

“It is false logic to say that just because a representative, who’s an ideologue for a very narrow part of the Republican Party, that they have the determining voice on whether you support something or not,” Hickenlooper added. “The question should be the county commissioners and the voters in the community.”

Gardner has been accused by Hickenlooper and others of trying to green wash his anti-environment record over the last six years with a series of recent disingenuous moves such as quietly introducing his own wilderness bill in March and finally landing full funding for the Land and Water Conservation Fund after years of letting it languish.

“It is his once and only environmental legislation that he’s ever tried to put forward as his own, and I don’t think Coloradans are going to be fooled by this,” Hickenlooper said.

Meghan Graf, a Gardner campaign spokesperson fired back: “Political events are great, but what’s even better is Senator Gardner actually passing into law the most historic conservation legislation in over 50 years [Great American Outdoors Act].”