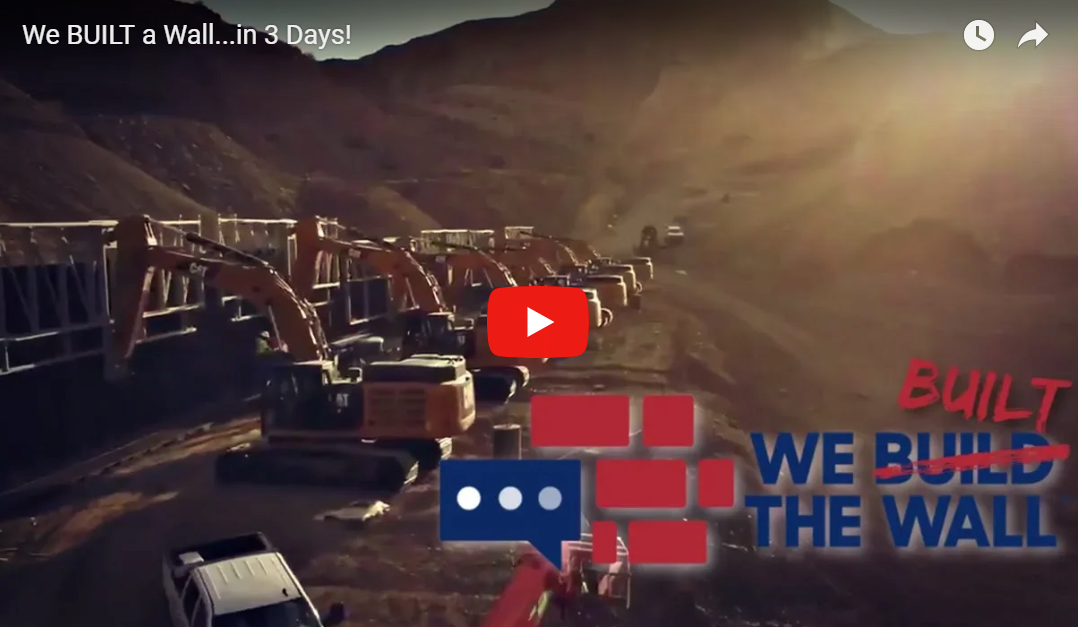 Former Republican Congressman Tom Tancredo has a track record of stepping back into politics when things aren’t getting done the way he wants. See his run for governor in 2010 and his bid for president.

He’s at it again now, sitting on the advisory committee of “We Build the Wall,” an organization that’s just completed building a half mile of wall along the southern border near El Paso, Texas.

Also on the advisory committee of We Build the Wall is former Trump adviser Stephen Bannon, former Kansas Secretary of State Kris Kobach, and other immigration hard liners.

The group used a GoFundMe campaign to raise over $23 million after Trump couldn’t get Congress to pay for the longer wall.

Tancredo told me the response from Colorado Republicans to his wall project has been “terrific,” but he doesn’t know what elected officials like U.S. Sen. Cory Gardner and U.S. Rep. Ken Buck think of it.

He’s seen no opposition in his talks to Republican groups.

“I’m just talking to Republican organizations,” he said. “I don’t get that many offers from liberal groups.”

I told Tancredo my book group might have him, but we’re only about five people.

“When you’ve been out of office as long as I have, you go anywhere,” he said. “You talk to anybody. You don’t care.”

The We Build the Wall GoFundMe page states, “If you are sick and tired of watching politicians in both parties obstructing President Trump’s plan to build a wall on our southern border, then you’ve come to the right place. We The People are coming together to start building segments of Border wall wall on private property and the best part is, we’re going to do it for a fraction of what it costs the government.”

Tancredo told me his segment of wall will funnel immigrants to another area along the border where surveillance is better. It’s also a demonstration project, showing how to overcome technical and political wall obstacles, he said.

Tancredo called construction of the wall a political technological miracle.

The International Boundary and Water Commission said yesterday it has no affiliation with We Build the Wall, despite being mentioned in a promotional video of the group.