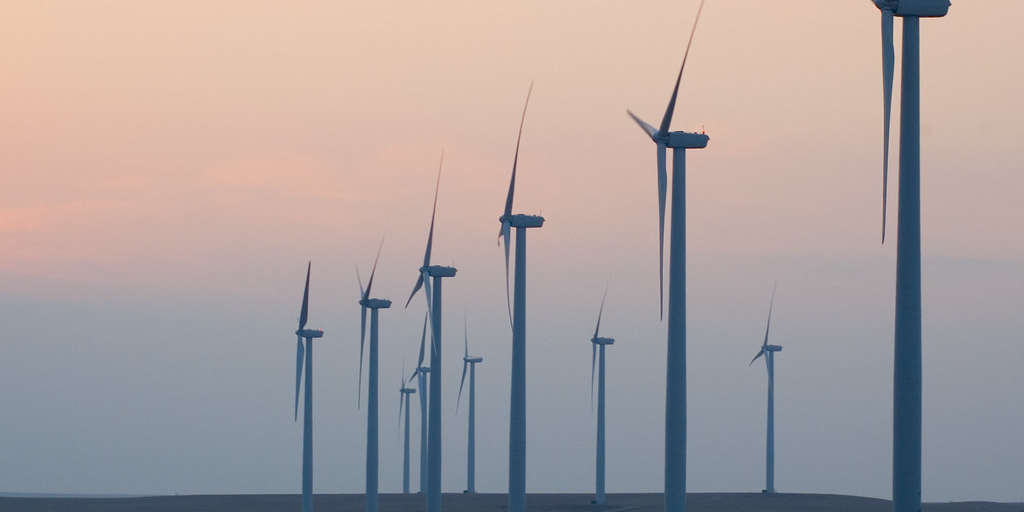 In this, my second column addressing the Great Renewable Land Rush in Yuma County Colorado, read the first one here, I shall endeavor to answer the question: Why wind?

(Note: I do not get into debates about global warming. There is no debate. It’s settled, it’s happening, and it’s serious. If people think otherwise, they’re wrong.  End of discussion.)

If we want future generations of humanity to enjoy the benefits of electricity as well as the benefits of a habitable planet, well, that ship has probably sailed. But renewable energy can at least mitigate the damage. To that end, wind farms are currently the most pragmatic option, at least on the Great Plains of northeastern Colorado.

Nuclear power has the largest upside (virtually limitless energy) and the largest downside (the potential for large-scale radiation poisoning, either thru a malfunction at the power plant or from poorly-secured waste materials). Although nuclear accidents are rare, they do occur — any process that involves human oversight is vulnerable to failure — and those accidents can be both devastating and terrifying. Given the downsides, nuclear power is unlikely to be embraced as the large-scale solution to our energy needs, at least not until the industry can convince the public that there will never be another Three-Mile Island, Chernobyl, or Fukushima.

Hydrogen fuel cells are compelling — they take advantage of hydrogen’s high potential for energy and the fact that water is its only byproduct. Pretty cool, except the technology still isn’t there. My only qualification as a scientist is that I had a subscription to Popular Science throughout the 1980s, so take the following as speculation on my part: Once fuel-cells are up-to-speed, they may find a place in the high-capacity batteries that will eventually be needed as a buffer for those times when, say, the sun isn’t shining or the wind isn’t blowing. Until the batteries are ready, that role of buffer will likely be filled by fossil fuels.

Solar: After a solid thirty minutes of web-browsing (discounting, of course, the preposterous numbers that show up on your totally-non-cultish friends’ Facebook pages) followed by some rapid guesswork (see previous note about my BS degree in Popular Science Magazine) I’ve concluded that it’s hard to find a definitive answer as to the efficiency of solar versus wind power. It depends on what metrics are being measured and what technologies are being considered. Overall, wind appears to have better net numbers. However, the wind/solar debate mostly comes down to location. In cities, where wind turbines are rendered impracticable due to their giant vertical profile, rooftop solar panels are an excellent option. In Yuma County, where there’s sufficient wind and enough space to accommodate the towers, it would seem prudent to take advantage of the superior efficiency of wind.  Furthermore, solar only works when the sun is shining. Since we do not yet have affordable, durable batteries to store this energy, solar would have to be buffered by other energy sources (fossil fuels being the most likely stop-gap, for now).

The wind company reps that I’ve spoken to claim that each quarter-section can accommodate two wind turbines. Each tower would occupy only two or three acres, as opposed to solar farms, which would cover entire fields. With wind, the vast majority of the land will remain usable for agricultural endeavors — even center-pivot irrigation, as long as the farmer is able to “windshield wiper” sprinkler so as to avoid the large obstruction. And while wind can certainly wax and wane, it can also blow 24 hours a day and it’s generally more consistent than the sun. Wind would still need a buffer for the low times — a role that could be acheived by limited use of fossil fuels and a combination of other renewable sources.

The final argument in favor of wind renders moot everything I’ve just written: it’s what we’re being offered. A few months ago, when Yuma County’s Great Renewable Land Rush began, my family was approached by reps from a wind company as well as a solar company. For reasons that I will outline in a later piece, the solar company has since dropped out of the race. This leaves us with wind as the only option in Southwest Yuma County.

The next column in this series will address the relationship between the renewable energy companies that are promising grand profits to landowners, and Xcel Energy, the company that’s building the powerline that would convey all these electrons to their final destinations.

Correction: Thanks to the alert reader who pointed out that, in my previous piece, I’d erroneously credited Isaac Newton with the devising Second Law of Thermodynamics.