Gardner Dodges Question About Alabama Abortion Ban, Saying He Was Late for a Meeting 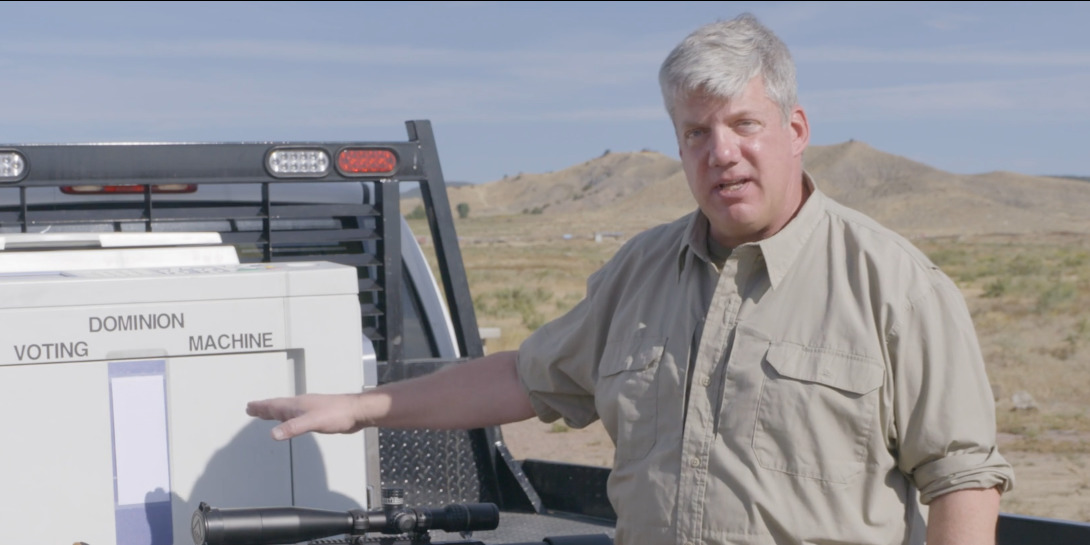 Lindell isn’t the only big-name Hanks loyalists are excited about, however.

Scott is a “potential ally,” and he thinks Hanks is a “good, viable candidate,” says Lundberg, who runs the ultra-conservative Republican Study Committee of Colorado.

Lundberg shared this story with fellow election conspiracists on a weekly Zoom call hosted by Sherronna Bishop, the Western Slope activist who is running Tina Peters’ campaign for Secretary of State.

Scott made headlines two months ago with his controversial plan to sunset Medicare and Social Security every five years while also raising taxes on most Americans.

“One other thing about Rick Scott,” said Lundberg. “I curiously got to have breakfast with him when he came out and had you know I didn’t plan that but God did. I was very encouraged that he did not share any negative thoughts about Ron at all and he had met with KBB [Colorado GOP Chair Kristi Burton Brown] the day before. As a matter of fact, Rick handed out his 11-Point Plan To Rescue America and if you read that it looks like Ron could have written it because it’s right down the line of of what Ron’s talking about.

“So I think we found a potential ally with Rick Scott. He’s not going to take sides, but he definitely isn’t going to take pot shots at Ron and he did make some positive statements afterwards that Ron is a good viable candidate. So I’m encouraged with that sort of thing. This is a rough and rocky road because we’re doing it the way nobody’s ever tried it before really successfully, and that is a U.S Senate campaign with the grassroots at the helm. It’s the people versus the system.”

Scott praised Hanks and O’Dea during an TV interview while he was in Colorado two weeks ago, telling Fox31 that while the NRSC won’t endorse a candidate during the primary, “we’ve got two very good candidates.”

Bishop told supporters that Lindell endorsed Hanks, who last month at the Colorado Republican state assembly earned the top spot on the GOP primary ballot. Hanks won in a landslide, eliminating all other U.S. Senate hopefuls who participated in the caucus process.

Hanks did not return an email request for comment. This article will be updated with any response received.

UPDATE: The Hanks campaign declined to confirm Lindell’s endorsement directly, despite the Colorado Times Recorder’s reporting of Lindell’s own words.