MLK Daughter Responds to Denver GOP Chair Comment, “I Bet MLK Wishes He’d Had a Sniper by His Side That Day” 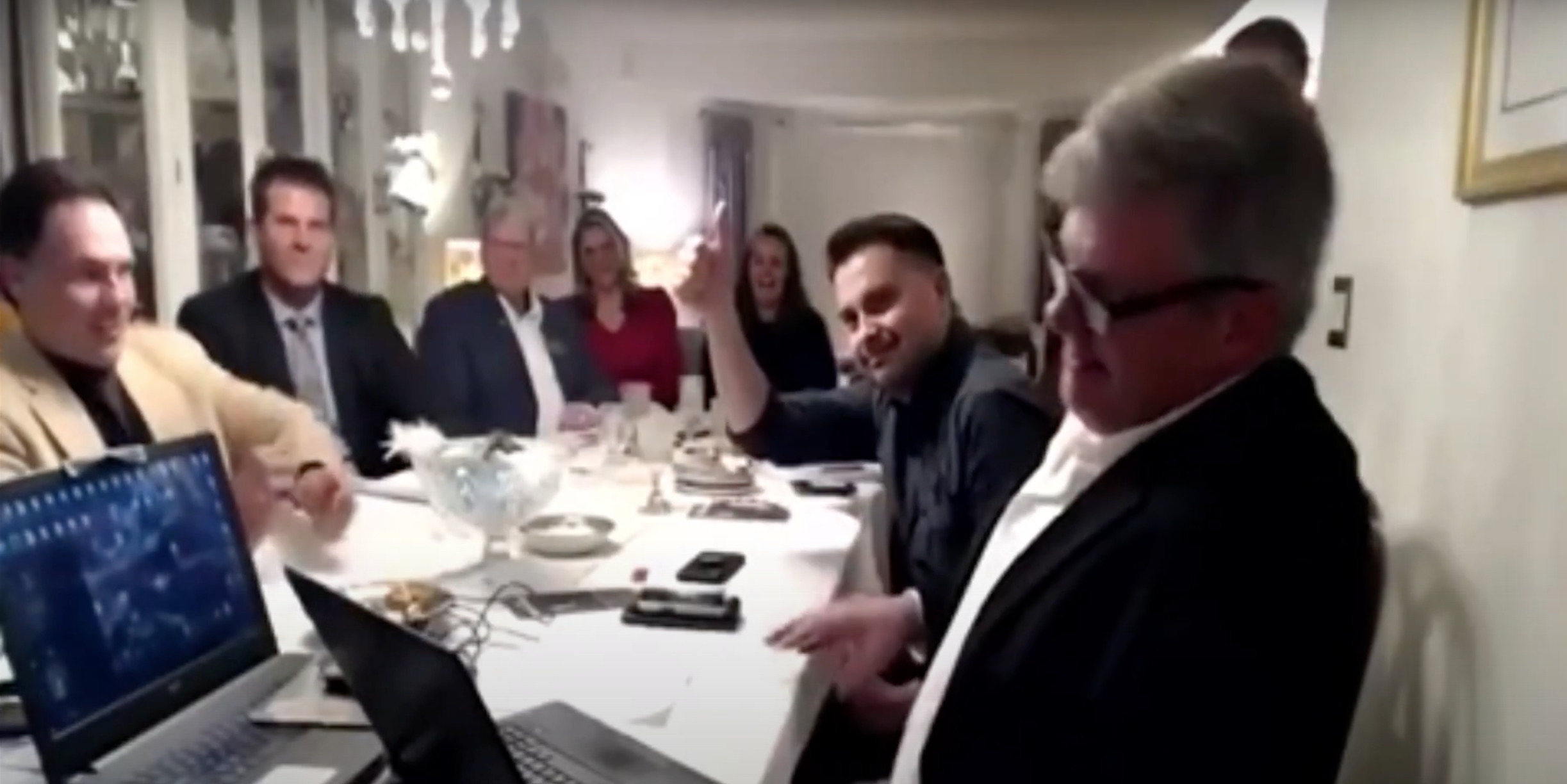 Last night, on the first anniversary of the storming of the U.S. Capitol, Colorado state Rep. Ron Hanks, who hopes to work as a senator in that building next year, listed the Republican candidates seated next to him who also participated in the insurrection. He did this to impress prominent conspiracist and Trump ally Mike Lindell, the featured speaker of the evening’s election fraud conspiracy Zoom meeting hosted by Sherronna Bishop, Congresswoman Lauren Boebert’s former campaign manager, which Hanks and other 2022 GOP candidates had joined.

Another state representative, Dave Williams (R-Colorado Springs), who like Hanks is running for Congress (He’s primarying Doug Lamborn.), asked Lindell for his endorsement. Lindell, the MyPillow CEO, demurred, but promised that he’d get back to endorsing candidates in the next month or so, saying that anyone who was on the call was “probably great” and he “could” endorse them in the future.

Lindell’s endorsement is significant for Hanks, Williams, and the other far-right candidates, because just to make the ballot in November, nearly all of them will likely have to defeat other less Trumpy Republicans in a primary.

Most Coloradans don’t know Mike Lindell, but it’s a safe bet that a much higher percentage of Colorado GOP primary voters know and like the one-time crack addict turned pillow magnate turn redpilled Big Lie conspiracist. Recent polls show an overwhelming majority of Republicans still don’t believe the 2020 election was legitimate. So it’s conceivable the endorsement of a loud and proud election fraud conspiracist like Lindell could sway some votes among the dead-red diehards that traditionally comprise a primary electorate.

Rep. Hanks: Do you have a minute? We have candidates here.

Sherronna Bishop: Oh my gosh! Look at the energy in that room! The party is there! Dave Williams running for Congress!

So we were sitting here strategizing and we are very confident in where we’re headed. And you know, I was at January Sixth as well. I wish I had a golf cart about by hour five. But yeah, but what an event and what a gross distortion of what actually happened. And today, I did a CNN interview and a CBS interview, and I knew when they posted them because I started getting hate calls within five minutes. And that’s what we’re supposed to be doing at this point. Thanks, Mike.

Rep. Williams: Sorry to interrupt. I’m state Representative Williams; I’m running for Congress, and if I may be so bold. Ron and I would like to know how we can earn your support.

Lindell: I’ve endorsed three people so far, and that was because the president — our real president — and I talked about them, and we did it together. But I definitely will have my team. Maybe not this week; it might be a month, and you can definitely get to me then and we have a team and we can talk about it. But I’m sure that any of you out there that are on this call, you’re probably great. And I could — in the future — that’ll come.