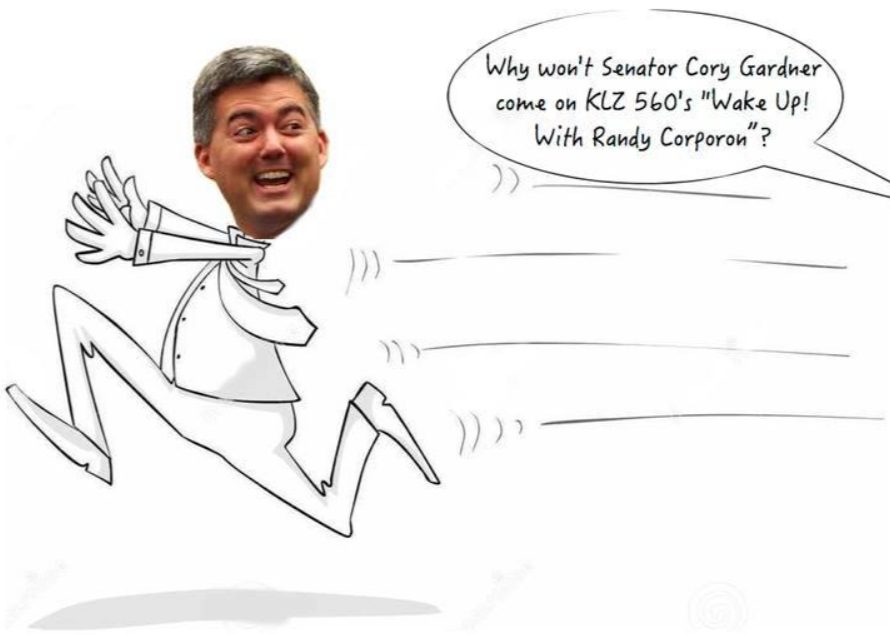 If you haven’t followed Colorado’s U.S. Senate race very closely, you might think it’s a tough moment for Colorado Sen. Cory Gardner, given how much hatred of Trump there is in Colorado, when a Trump-loving radio host asks Gardner, “Will you stand with Trump at a rally?”

But that’s the softest of balls for Gardner, who responded to the question over the weekend with a quick, “You bet! I hope everybody will!”

Gardner long ago decided to hitch himself to Trump. He endorsed him early. He’s said multiple times that he wants to campaign with Trump, and he wants the people of Colorado to get to know the president and like him.

Gardner, who once called Trump a buffoon and initially promised not to vote for him, now talks to the president frequently, as the senator boasted on air over the weekend:

“I’ve talked to him just as recently as I think Thursday — just a couple of days ago — about the Bureau of Land Management move to Colorado,” said Gardner on air.”

“You know, there are times when we’re going to disagree, but I hope he will come to Colorado and we’ll show him all the good things we can, that we’re doing in Colorado,” he added.

So, for now at least, questions about Trump are easy for Gardner, even though chances are his answers will prove to be his downfall in a state where voters deeply disapprove Trump–but Gardner even more.

The string of happy questions from KNUS’ Randy Corporon on Saturday surprised many listeners–who’d been expecting Corporon to be respectful to Gardner while hitting him hard after Gardner dodged his radio show for more than four years (Corporon even set up a Facebook page dedicated to shaming Gardner for not coming on the show.)

Instead, Corporon asked Gardner questions about his family’s history in Colorado, his commute to DIA from Yuma, his political evolution, and about Space Force potentially being headquartered in Colorado.

Corporon sounded like a Tea Party activist who’s gotten too comfortable behind a microphone.

On air, Corporon explained that he just wanted to give his listeners a chance to get to know Gardner, as if they didn’t know him already.

Corporon ended the interview with an apology to Gardner — who was in his Grand Junction hotel room — for keeping the senator on the phone for 15 minutes, apparently more time than had been agreed to.

After Gardner signed off, Corporon exclaimed that listeners were texting with more pertinent questions for the senator:

“We will. We will,” responded Corporon on air, appeasing his agitated audience. “I think it’s important to get to know folks again, especially if we feel like we’ve been out of touch.”

For a long-anticipated appearance, after four years avoiding the Tea Party radio show, this interview was more laudatory than it was revelatory.