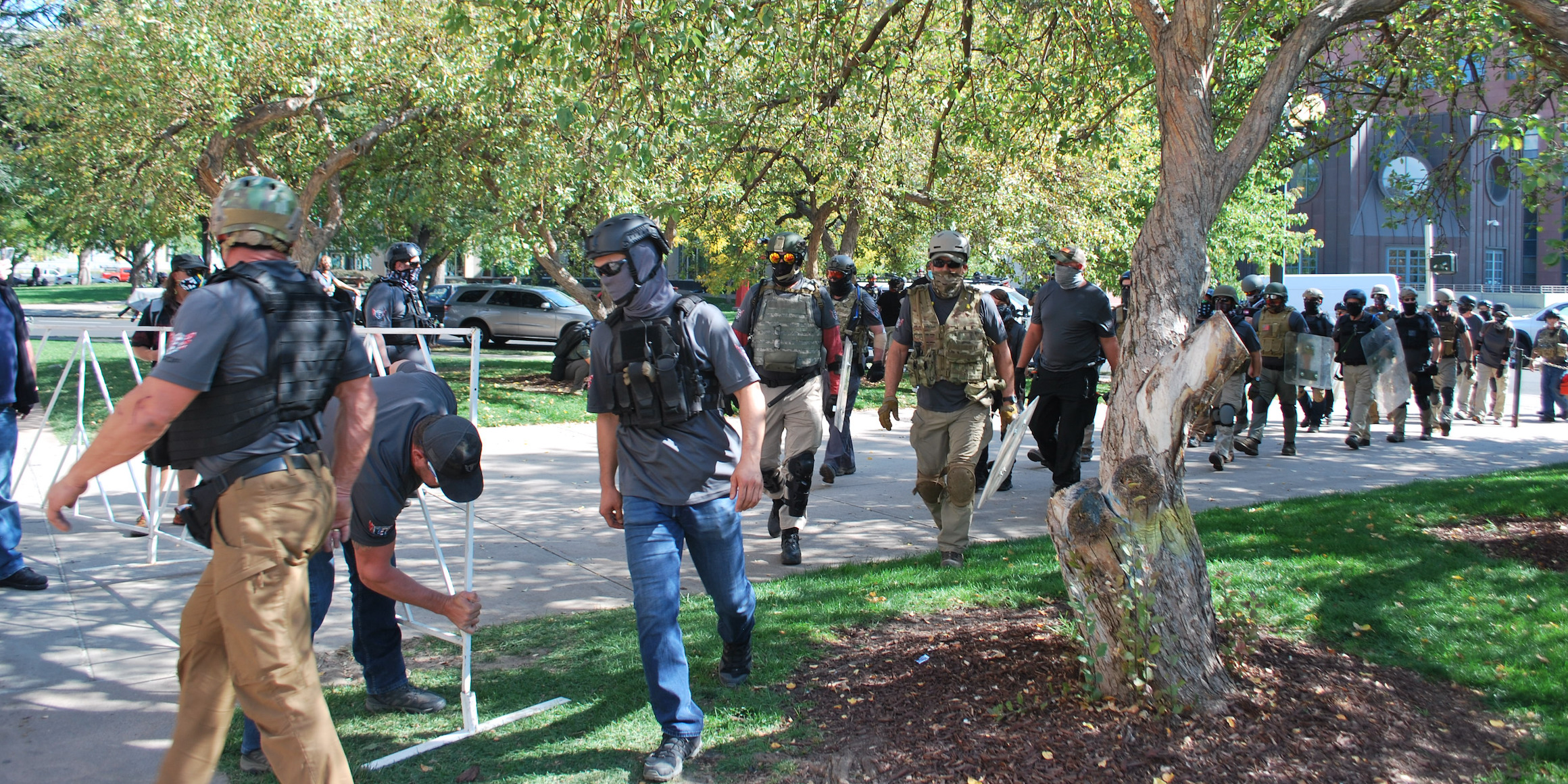 On Tuesday afternoon, a leading far-right advocacy group with a militia arm in Colorado issued an “urgent” call to action to its members to flood a school board meeting in Douglas County to oppose mask mandates.

In an email to supporters, FEC United said that the Douglas County School Board’s efforts to implement mask mandates are “PROOF that the education system does NOT care about the mental health and wellbeing of students.”

“Mask mandates in schools should be entirely eradicated and we must take action NOW to stop the insanity,” the email reads.

The dispute in Douglas County centers around the Douglas County Health Department’s mask exemption policy, which allows parents to opt their kids out of mask-wearing at school for any reason. The Douglas County School District is suing the health department over the policy on behalf of nine families with kids with disabilities that put them at higher risk of severe illness from COVID-19. On Tuesday afternoon, a federal judge granted the school district’s request to temporarily block the health department’s mask exemption order.

In a nearly identical message last week, the United American Defense Force (UADF), the militia wing of FEC United, urged its members to pack a Colorado Springs school board meeting in opposition to mask mandates.

More than a dozen UADF members showed up to the District 20 school board meeting last week according to school spokesperson Allison Cortez, who said some were “agitated and angry” and shouted during the meeting. Cortez said they received complaints from other attendees that the UADF members were combative and intimidating.

“If possible, show up early and pack the front so the several actors (from the last meeting) that took the front row won’t get the same opportunity to silence us,” reads today’s FEC United email regarding tonight’s meeting.

UADF’s leader, John Tiegen, a former Marine and Trump campaign spokesman who is also on the board of FEC United, last year characterized his group’s purpose as teaching “urban warfare.” UADF’s membership fee includes low-cost weapons and ammunition in addition to “access to legal protection for members in the event of having to discharge a weapon to stop a threat,” according to its website.

In Colorado and accross the U.S., school board meetings are being overtaken by arguments over public health measures, critical race theory, transgender rights, and more. It’s an apparent Republican strategy to energize conservative voters ahead of the 2022 midterm elections and boost involvement at the grassroots level.

Earlier this month, the U.S. Justice Department directed the FBI to work with local law enforcement to curb a disturbing spike in harassment, intimidation, and threats of violence against teachers and school board members over hot-button political issues.

The fight over mask-wearing in Douglas County schools comes as Colorado hits a grim COVID-19 record: according to state data released Monday, the state has the fewest ICU beds available since the start of the pandemic as COVID-19 related hospitalizations hit their peak for the year so far.

Although Colorado has not instituted a statewide mask mandate in schools, most Colorado students – 78% as of September, according to Colorado Public Radio – attend a school where masks are required. Schools without mask mandates have higher rates of COVID-19 transmission, the Denver Post reported and Colorado state data shows.