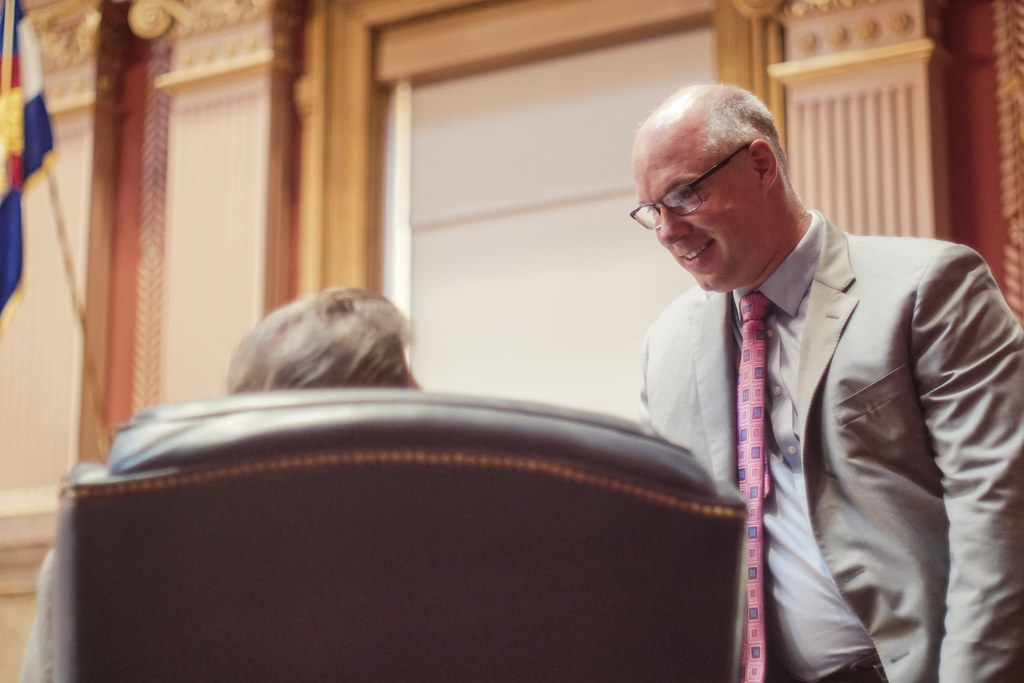 In anticipation of the independent redistricting commission’s formal vote to submit the congressional map to the Colorado Supreme Court for approval on Nov. 1, Dick Wadhams appeared on Dan Caplis’ KHOW show Sept. 15 to discuss the newly drawn districts and potential Republican candidates to run for the seat.

“I’ve heard of some really strong names,” Wadhams told Caplis. “I’ve heard Kevin Priola, the state senator from [Adams County]. Barbara Kirkmeyer, state senator from Weld County, lives in that new eighth district, I understand, and she would be a strong candidate. So, I think there are some strong possibilities.”

The new district was allotted to Colorado earlier this year, based on the state’s increased population over the preceding 10 years, as determined by the 2020 census.

Under a new process approved by voters in 2018, an independent commission formed by 4 Democrat citizens, 4 Republicans citizens, and 4 unaffiliated citizens considered preliminary maps and selected their final map based on criteria — such as competitiveness and retaining communities of interest — designed to maximize fairness and minimize gerrymandering.

In his interview with Caplis, Wadhams described the new district being considered by the commission as “competitive” and “winnable” for Republicans.

“It’s going to be consisting of Greeley, Thorton, Commerce City, and much of Westminster, and it’s thirty nine percent Hispanic. But the Democratic advantage is only about four percent, a strong Republican candidate and a good year to win that new district.”

Priola was previously a state representative. As a state senator, he is viewed as a moderate Republican who has voted with Democrats in favor of bipartisan legislation, as seen in his votes for aggressive climate action. He did not vocally support former president Trump before the 2020 presidential election.

Priola has garnered strong criticism and political challenge from grassroots activists in his own party.

On Sept. 29, Michael Fields, a Colorado Republican operative and director of the Koch-funded organization Colorado Rising Action, tweeted his disfavor of Priola, presumably for not being able to carry the conservative base voters in the new district.

Kirkmeyer was previously a long-standing commissioner in Weld County. She won her state senate seat in the last election by a double-digit margin over her grassroots opponent in the primary.

Neither Priola nor Kirkmeyer has formally announced their candidacy.

Democratic state Rep. Yadira Caraveo of Thorton has announced her candidacy for the new congressional seat, and Charles Tedesco announced yesterday that he will also run to represent the eighth congressional district.