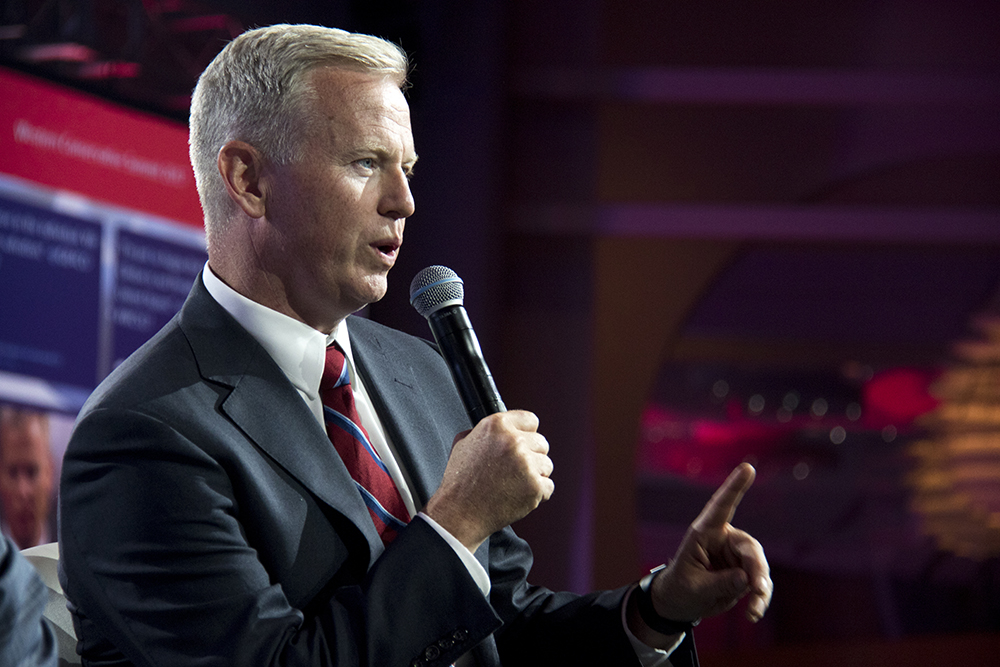 Yesterday, radio host Peter Boyles asked Brauchler if Tancredo’s departure changed anything for his own campaign.

Brauchler reiterated that his decision to drop out of the governor’s race and instead run for AG was due to the “interesting timing” of Cynthia Coffman’s announcement. He also questioned whether any of the remaining Republicans could be “the face of liberty.”

BOYLES: So, now what?  Tancredo says, “I’m out!” Does that change what you’re going to do, or not do?

BRAUCHLER: No. It doesn’t change anything for us. I mean, you’ll remember, even when Tom jumped in we were still in the race. It was really Cynthia’s interestingly timed departure from the AG’s race that precipitated our move…  Who’s the person that becomes, now, the face of the Republican Party for this important governor’s [race]. I don’t know the answer to any of that, Pete.

BOYLES: I wish it were you. [haha]

BRAUCHLER:  It’s kind of unexpected. Believe me, I was right there with you for about eight months!

BRAUCHLER: My question for some people is who’s your face of liberty now at the gubernatorial level? Who’s your liberty candidate? Who’s the guy who’s going to stand to The Man, or say, “Hey look I value the Second Amendment, and I value the other amendments in the Bill of Rights”…I mean who’s that person now? I’m not saying the others guys aren’t…but this is sorta where Tom was trying to go… [sarcastically] There’s no better position from which to take on The Man than if you are The Man.

Listen to both clips here: