This Year Dems Blocked the GOP From Banning Abortion in CO, But With Roe in Danger, the Future is Uncertain 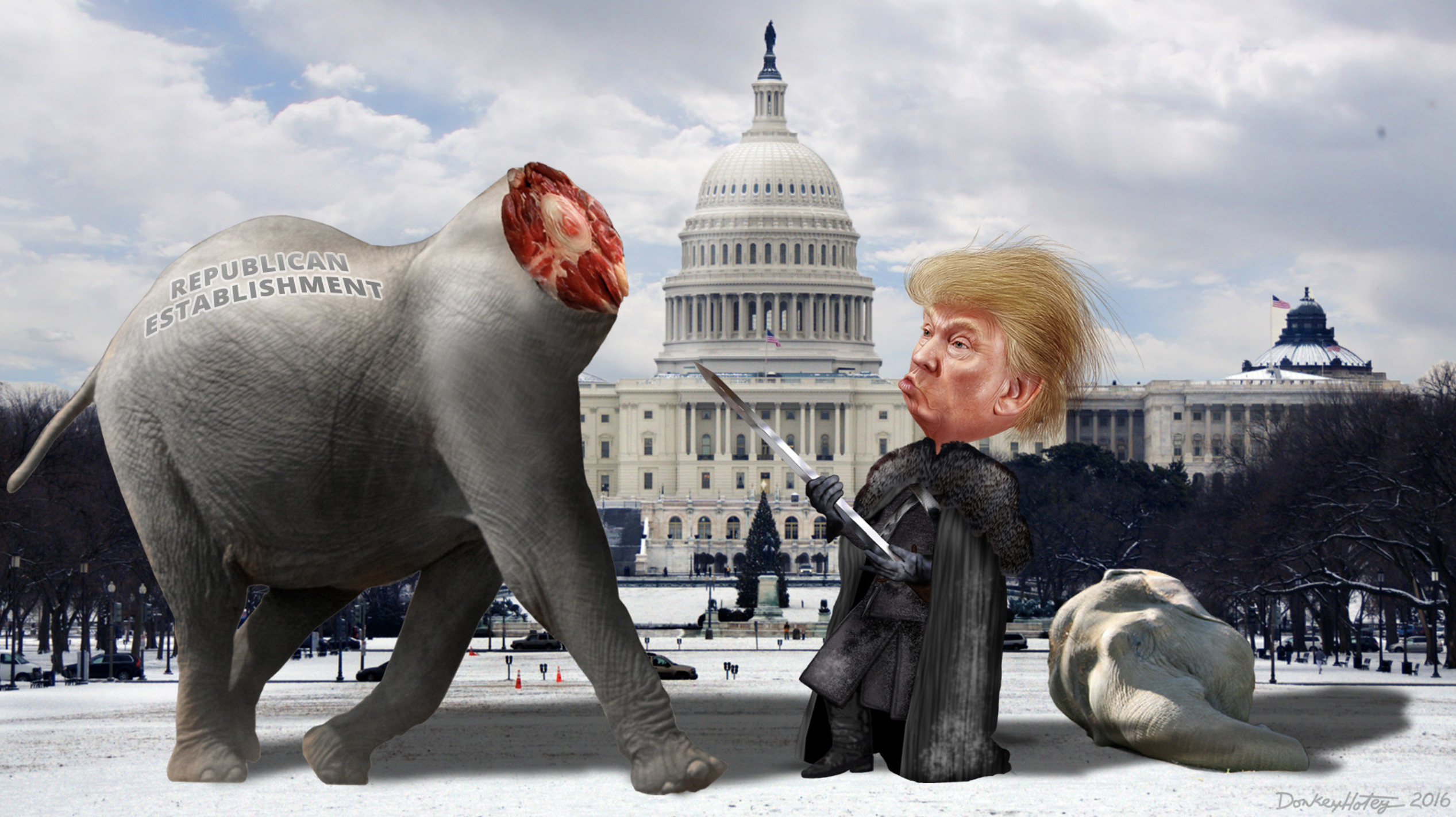 As grassroots Republicans continue their statewide road tour to lobby 517 county GOP officers and other central committee members to vote to end open primaries for their party, leaders of that effort are celebrating their successes and the most recent big-name recruit to their cause, Tom Tancredo.

Bonniwell sees open primaries, which allow unaffiliated voters to cast ballots for Republican, Democratic, or other candidates, as an existential threat to the survival of the state Republican Party. He believes that the open primary system allows Democratic donors to fund establishment Republicans’ campaigns in the primaries, causing the grassroots Republican candidates to lose.

“They pour all their money into electing RINO Republicans who will sign on to the bills in the legislature,” said Bonniwell. “We lost Patrick Neville as leader because the new group that came in elected Hugh McKean, who loves to work with Democrats and denigrate other Republicans. We will, in two to four years, have no conservative members left.”

September 18 is the deadline for Bonniwell and his fellow GOP activists to convince at least 388 central committee members, or 75%, to vote with them, as required by statute to opt out of open primaries. The central committee, made up of Republican delegates from across Colorado, will meet on that day to determine how Republican nominees will be selected in the future.

Bonniwell is encouraged by his group’s progress in convincing state GOP officers to end open primaries.

“The party is really struggling,” said Bonniwell. “I’ve gone around the state along with Anil Matthai, … Peg Cage, Jimmy Mack, … Ben Nicholas. And we’ve gone to virtually — we’ve done 45 counties, talked to the Republicans, everybody who will meet with us, and it has all of a sudden started to snowball. It is really starting to go because they haven’t seen, often, a[n] executive committee member, ever! And they are desperate in a lot of these places. The economic stress in eastern Colorado is just heartbreaking, if you’ve been out there. But we started to gain a lot of traction. And so the establishment decided, ‘Uh oh! We’d better squash these guys. They look like they’re starting to get enough people to opt out of the primaries and have a Republican run primary.’ … So, we’ve got to get 75% to say ‘yes’ at the September 18th meeting. And obviously we’re threatening [to reach] that [threshold] or they would not have pulled out Jon Caldara and the Independence Institute and all the rest of them to attack us. It means we’re really making a difference.”

Politicos and pundits are weighing in on the prospect of reversing a voter mandate from 2016 which allows for unaffiliated Colorado voters to participate in the party primary election of their choice to determine party nominees for legislative seats, statewide executive offices, and Congressional representatives in the general election.

Last week, Jon Caldara of the conservative think tank Independence Institute wrote a column for The Gazette. And on the same day, The Colorado Sun published a column by Mario Nicholas.

Both columnists punctuated their opposition to the state GOP opting out of open primaries with ominous predictions for the party, which featured words such as ‘death’ and ‘defeat.’

Nicolais is now unaffiliated, but in 2014 he was a Republican candidate for state senate. He lost his primary campaign and was labeled a “RINO” and a “squish” by the opposition. He has previously advocated for centrist Republican candidates as a strategy to win in general elections and to protect minority party rights in the legislature. He has also advocated for a unified, nonpartisan primary with a subsequent 4-person general election ballot based on ranked choice voting, which requires broader support from the electorate in order to win.

Caldara considers himself a “hardcore conservative,” but is taking a pragmatic approach in opposing the open primary opt out. Caldara has stated that moderating extremist positions is necessary to win in Colorado’s general elections with the state’s current demographics. He has never favored open primaries but acknowledges the benefit of courting unaffiliated voters in primary campaigns so as to carry their loyalty and their votes into the general election cycle. He believes that opting out of open primaries would exclude and alienate Republican and unaffiliated voters, the latter group forming the largest contingent of Colorado’s electorate.

Bonniwell pushes back against suggestions that ending open primaries will disenfranchise Republican voters. He rejects the notion that traditional caucuses, typically dominated by party insiders and activists, will be the alternate method to choose GOP nominees. He maintains that the party can set up any sort of system it might prefer, pointing to Virginia’s system of electing nominees via an “unassembled convention.”

Even Kristi Burton Brown, chair of the Colorado Republican Party and a grassroots activist in her teens, has drawn anti-estblishment challenges from Bonniwell.

“The establishment says, ‘Oh, we’ll just do it through caucuses.’ No, we’ll do it through the system we want. They constantly set up straw men. Kristi Burton Brown said she sent out one [memorandum] to all central committee members, saying it [the state party] is neutral, and then gave out this … wrong information, saying, ‘Okay, you’re going to disenfranchise all other Republicans other than caucus goers.’ Wrong! We can set up any system we want, just like Virginia.”

Besides celebrating the alleged success of his lobbying tour across Colorado, Bonniwell also hailed the recently announced support and endorsement of Tom Tancredo to the cause. A controversial politician throughout his long career, Tancredo’s support for the opt-out brings conservative and extremist bonafides to the effort.

“This is a battle for the soul of the Republican Party,” said Bonniwell. “And I’m really happy to announce [that as of] yesterday, Tom Tancredo has joined the battle. He’s decided he’s throwing all his weight for the opt out. And we’ve already got Dave Williams. We’ve already got Ron Hanks. We’ve already got a whole — really — a group of incredible Republicans coming in. And that means that the Republocrats will now come after us even stronger. But what we’re trying to have is, September 18th, we’re trying to get all the people to come in from the hinterlands to Denver … [to] stand up for the principles that people like Donald Trump espouse, and really change this state.”

Tancredo has held many appointed and elected offices, and he ran a dark horse campaign for the presidency of the United States in 2008. He has been labeled a nativist with white supremacist affiliations, sometimes compared to his friend and former Congressional colleague, Rep. Steve King (R-IA), who was censured by House leadership for making racist and xenophobic statements.

As a regional representative to the Department of Education under President Ronald Reagan, Tancredo advocated for abolishing that same department entirely from the federal government. In Congress, he was an uncooperative thorn in the side of Republican leadership.

In his 2010 grassroots campaign for Colorado governor as the American Constitution Party nominee, Tancredo simultaneously contributed to Republicans losing both that race and a U.S. Senate race, as well as contributing to the Colorado GOP nearly losing its status and federal funding as a major political party in the state.

As a Republican candidate for Colorado Governor in 2014, Tancredo was forced from the primary race when an establishment GOP group — the Republican Governor’s Association, chaired by former New Jersey governor Chris Christie — bankrolled a vicious ad campaign against him, presumably to open a lane for a more moderate Republican candidate. That eventual GOP nominee, Bob Beauprez, went on to lose to Democrat John Hickenlooper in the general election.

Beauprez is seen as an icon of establishment Republicans in Colorado, and he’s a regular punching bag for grassroots pundits.

Caldara, Nicolais, Bonniwell, and Corporon all agree that the grassroots faction of Colorado’s Republican Party, or “the crazies” as Corporon referred to them on Saturday’s show, hold the lion’s share of power in the party.

Corporon elaborated: “When I was elected Republican National Committeeman with more votes than the next two establishment candidates, Bill Cadman and Eli Bremmer, … that’s the Republican Central Committee. That’s those delegates voting. And so we know that the people who actually take the time to donate their time to the Republican Party and be a part of this structure are the conservatives that want to see a fighting Republican Party. And all we get in return is, ‘Yeah, but soccer moms,’ [and,] ‘yeah, but messaging.’

Bonniwell responded by saying, “Let me tell you, those soccer moms are outraged by the critical race theory, by the shoving transgenderism down their kids’ throats, and anything else. Those soccer moms are not kind of going, ‘Oh, I love those Democrats! They’re just so great!’ No, they’re outraged. We just have to get away from the donors’ class and the consultants and [we have to] fight for the average Republican in Colorado.”